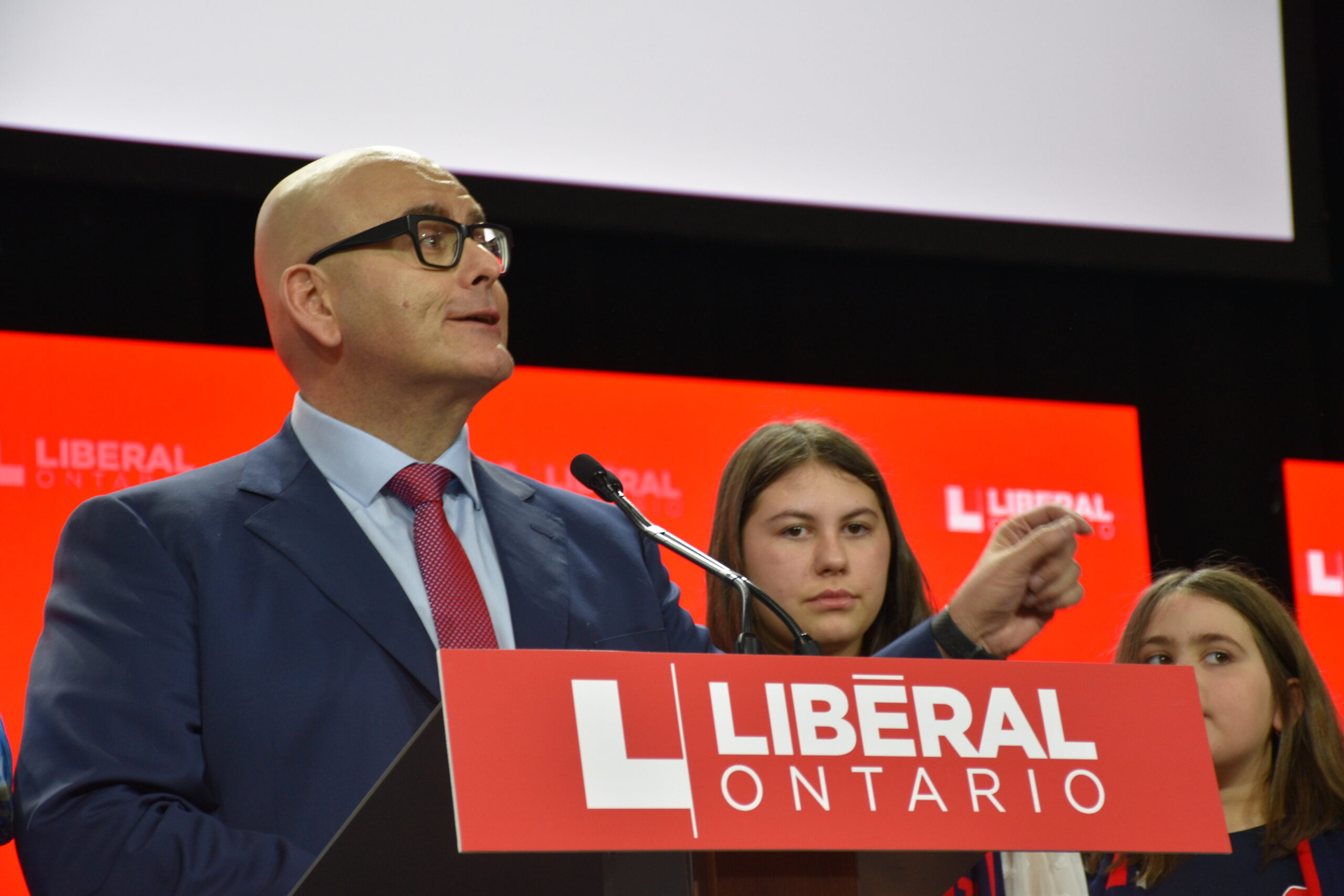 Steven Del Duca claimed the leadership of the Ontario Liberal Party on Saturday by winning a majority in the first round of voting, launching a new era for the centre-left party seeking a provincial comeback in two years.

The longtime Liberal takes over a party that was pummeled in the 2018 provincial electionwhen the Progressive Conservatives under Doug Ford swept to power in Queen’s Park.

Del Duca explained to reporters that he would concentrate on building the party and will not run in any byelection with the unlikely unexception of his own riding before the next election.

Saturday started with speeches from each of the leadership candidates, keeping the Mississauga conference hall buzzing until lunchtime.

With a federal minority government in place, there is a possibility that an unscheduled national election could take place before the provincial election. In the past, the status of provincial parties have had an impact on federal races, and vice-versa.

Baker said while his priority was his Ottawa riding, “the best thing that we can do as Liberals is to really just focus on supporting each other, whether we’re federal Liberals or provincial Liberals.”

“We’re here united to make sure that we elect a Liberal government in the next provincial election in Ontario.”

Who is Del Duca?

There was a lack of high-profile candidates in this leadership race, but Del Duca winner will surely become one as he builds up to the next election.

Steven Del Duca was first elected to Queen’s Park in 2012 and represented the riding of Vaughan until 2018, when he lost his seat along with dozens of fellow Liberals.

The 47-year-old has a 100-day action plan that focuses on readying the party for the next election that includes kickstarting the process to find nominees in every riding and developing a program for grassroots donations on mobile phones.

The Liberals may have a small caucus at Queen’s Park but polls indicate that, even without a leader, the party has a slight edge over the PCs and the New Democrats.

The OLP has averaged 33 per cent support across six polls taken since December, leading the PC Party at 31 per cent and the NDP at 25 per cent, even though the Liberals only had a handful of MPPs at Queen’s Park and an interim leader.

Del Duca inherits a party poised for a comeback. But it will be under his leadership that will determine whether it will all come together in 2022.

The new leader was quick to attack Premier Doug Ford’s government over climate policy, saying that “we need a premier and a government that accepts climate change is real and believe that carbon pollution shouldn’t be free.”

“Doug Ford doesn’t believe it’s real, clearly, as evidenced from the decisions that he’s made since he’s become premier.”

He said “it’s hard to come to any other conclusion” over whether Ford was a climate change denier or not.

“I do believe that we, once again, need a real and credible plan to confront the climate crisis,” the new Ontario Liberal leader told reporters at the conclusion of the convention.

“We have to make it easier again for the purchasers out there…to buy or lease an electric vehicle.”

“We have absolutely nothing to apologize for because Conservatives have always led when it comes to climate change,” Calandra told reporters.

“It was a Conservative government under Bill Davis that made investments in nuclear energy…it was Premier Ernie Eves that made the decision to cancel the coal fire plants.”

“Ontario governments have always worked together when it comes to climate change,” he added.

When asked if Del Duca was more of a threat to the Progressive Conservatives than the New Democrats, Calandra pointed out that 2018 was the Liberal’s “worst defeat in history” under former premier Kathleen Wynne.

“They have just elected a leader who is doubling down on the policies of Kathleen Wynne,” Calandra said, arguing that Del Duca “intends to fight for those very same policies” in the next election.

“I think the people of Ontario made it very clear that’s not the type of government they want.”

“They had an opportunity here to move forward, they chose to go back,” the Markham-Stouffville MPP added.

Just minutes after Steven Del Duca’s win was announced from the main stage at the International Centre, the Progressive Conservatives launched new attack ads tying the longtime Liberal to the former Wynne administration.

During the press conference, Del Duca said the new ads were no surprise to him. He added that the PC Party has been using taxpayer dollars since December to blame him for the government’s decision to cancel the Hamilton LRT.

NDP leader Andrea Horwath congratulated Del Duca on the win in a tweet. She added: “See you on the campaign trail.”

“I am not sure that someone associated with the old guard of Liberal establishment and embroiled in past controversies can deliver the leadership that Ontario needs,” he told CTV News.