Autism: Beyond a one-dimensional understanding 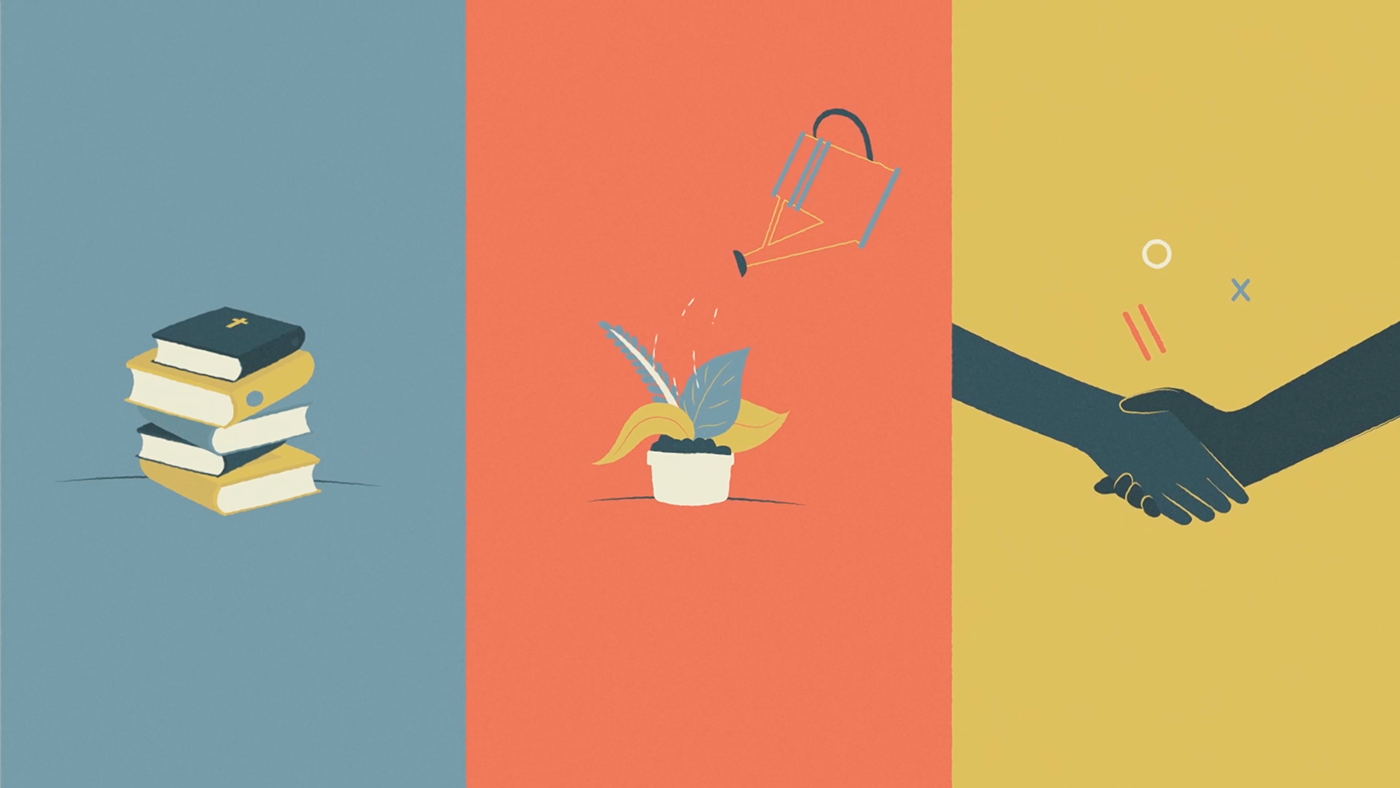 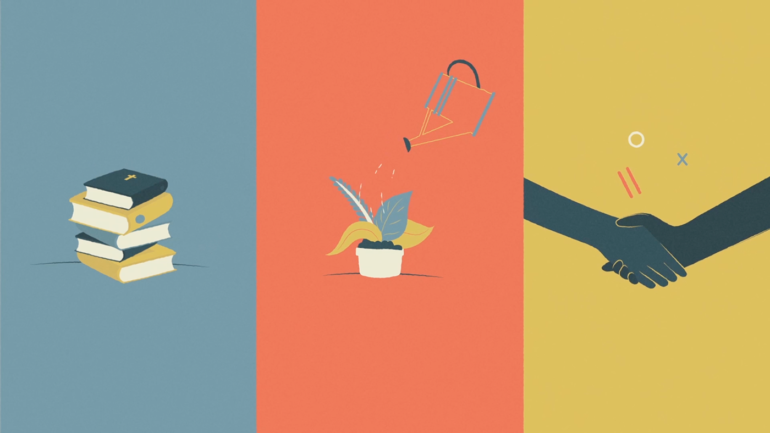 The Progressive Conservative government is transforming the Ontario Autism Program (OAP) into one that provides needs-based support. (Creative Commons/Angelica Baini)

There is a significant lack of government-funded support for certain people with autism, but with the provincial government’s recent amendment to the Ontario Autism Program (OAP), this might be changing.

In late May, the Doug Ford administration announced in a press release the establishment of a 20-member advisory panel to assist the province in distributing funds from the Ontario Autism Program (OAP).

Tobi McEvenue is the Adult Services Coordinator at Autism Ontario, a non-profit organization in Ontario aimed at providing autism education.

It is made up of parents, those on the spectrum, and professionals. The organization has chapters all over the province.

Currently, if an individual with autism has not received a diagnosis of Autism Spectrum Disorder (ASD), they are not able to access funds provided by the OAP, she said.

The OAP funds services for children and youth with autism under the age of 18, along with their families.

McEvenue said the reason for the panel’s establishment is to take a closer look at the families who have higher service needs for their children, that is, requirements that are greater than the current provincial budget can provide.

The advisory panel has been created in the hopes that it might assist the OAP in attaining meaningful outcomes for autistic children, youth and their families, McEvenue said.

Crucially, other than the hopes for the panel’s goals, it cannot be said for certain at this time what exactly the panel’s work will look like, and how the work produced will impact the OAP, McEvenue said.

This version of governmental support, however, might be overlooking a certain kind of individual, according to some expert opinion.

Meng-Chuan Lai, a clinician scientist at Centre for Addiction and Mental Health in Toronto, has done extensive research on a coping mechanism called camouflaging.

“Camouflaging refers to a person trying to compensate or mask their autism characteristics in a social interactive setting,” Lai said.

He said it is a strategy that is primarily employed by those who are on the autism spectrum but who did not have their autism diagnosed in their early years.

Someone who is camouflaging tries to conform to the manner in which they see neurotypical people behaving, in an attempt to compensate for their own atypical behaviour, Lai said.

For example, he said that someone camouflaging will learn to make eye contact because they see others doing this. They might also learn facial emotional expressions by practicing them in front of the mirror, or they might learn social interaction by watching a TV show.

“By definition, camouflaging is hiding the behaviour presentation of autism,” Lai said. That is, it is an attempt to fit into an observed neurotypical norm.

Because camouflaging is a form of hiding, its practice makes it difficult for the practitioner’s autism to be diagnosed, Lai said.

“Conventionally, autism is diagnosed largely by behaviour observation. That’s mainly because the field originated from child psychiatry and child psychology, [in] which lots of diagnoses are based off observing the behaviour and relying on parents’ observation of [their child’s] behaviour,” he said.

“The problem is that if one’s autistic characteristics are masked on the behaviour level, that literally means these are more difficult to detect,” Lai said.

Lai recognizes the need for research and diagnostic tools to move beyond the behavioural and superficial, but not to exclude them — and this is happening.

There needs to be an understanding of “the first-person subjective experience of social interactions and social coping,” Lai said.

This is something that researchers and clinicians are still working on, Lai said. 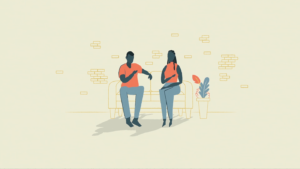 Governmental support plans should look at the skills that people are bringing to the table, the things that they enjoy, Tobi McEvenue of Autism Ontario said. (Creative Commons/Angelica Baini)

For the moment, however, on the legislative level, there is still a narrow understanding of autism, and this understanding is having a direct impact on individuals’ lives.

If camouflaging makes autism difficult to detect, then people are going longer without diagnoses, and consequently longer without governmental support, such as that from the OAP. This leads to certain mental health issues.

The impacts of camouflaging can be felt over a lifetime, McEvenue said. She cites something called “autistic burnout.”

Lai talks of it, too, describing exhaustion and strain in performing a social role every day.

“We do hear lots of people [saying] if they camouflage in the long run, it will increase their stress levels, anxiety, depression, and even risk of suicide,” with many people noting a loss of a sense of their true self, Lai said.

There is nothing in the way of provincially-funded support for an autistic adult dealing with these effects of camouflaging, McEvenue said.

“You would think that people experiencing high levels of distress and autistic burnout would have more readily available access to mental health services,” McEvenue said.

“Unfortunately, having a diagnosis of ASD (autism spectrum disorder) is often a determinant of ineligibility for mental health programs, because ASD is not determined a mental health illness,” she said.

“Sometimes, lots of folks on the spectrum experience being made ineligible whenever they reach out for health care during intensive crisis — it’s definitely a reason that they get turned away often,” McEvenue said.

The support that does exist for adults on the spectrum is provided by Developmental Services Ontario (DSO), McEvenue said. But this program is meant for those who fall under the definition of having a developmental disability, McEvenue went on. This means that about “50 per cent of folks on the autism spectrum are not eligible for that program,” she said.

“Lots of people who camouflage their autism, for instance, likely would not be made eligible for that program, so there wouldn’t be any receipt of funding for programs that could help them work on interpersonal communication skills, or employment skills — any mental health programming would not be made available for them,” she said.

Furthermore, to be eligible for support from DSO, “a person’s psychological assessment must indicate an overall (full-scale IQ) score of two standard deviations below the mean,” the DSO website said. “This equates to a standard score of 75 or lower.”

McEvenue notes that a lot of the support available for individuals with autism are “deficit based,” which is inadequate.

“Everyone needs individual plans to figure out what skills they would like to work on,” she said. There needs to be support administered that also looks at “the skills that people are bringing to the table, and the things that they enjoy, and working that way to help people access a better quality of life, instead of a neurotypical way of life.”

Perhaps this is why the OAP’s panel is important — to engender at the governmental level a more nuanced view of what autism looks like in different people.

Both McEvenue and Lai note the need for a more textured and therefore complex understanding of autism and how it presents in different people.

“I do think that everyone would benefit from a greater understanding of how one size definitely can’t fit all,” McEvenue said.