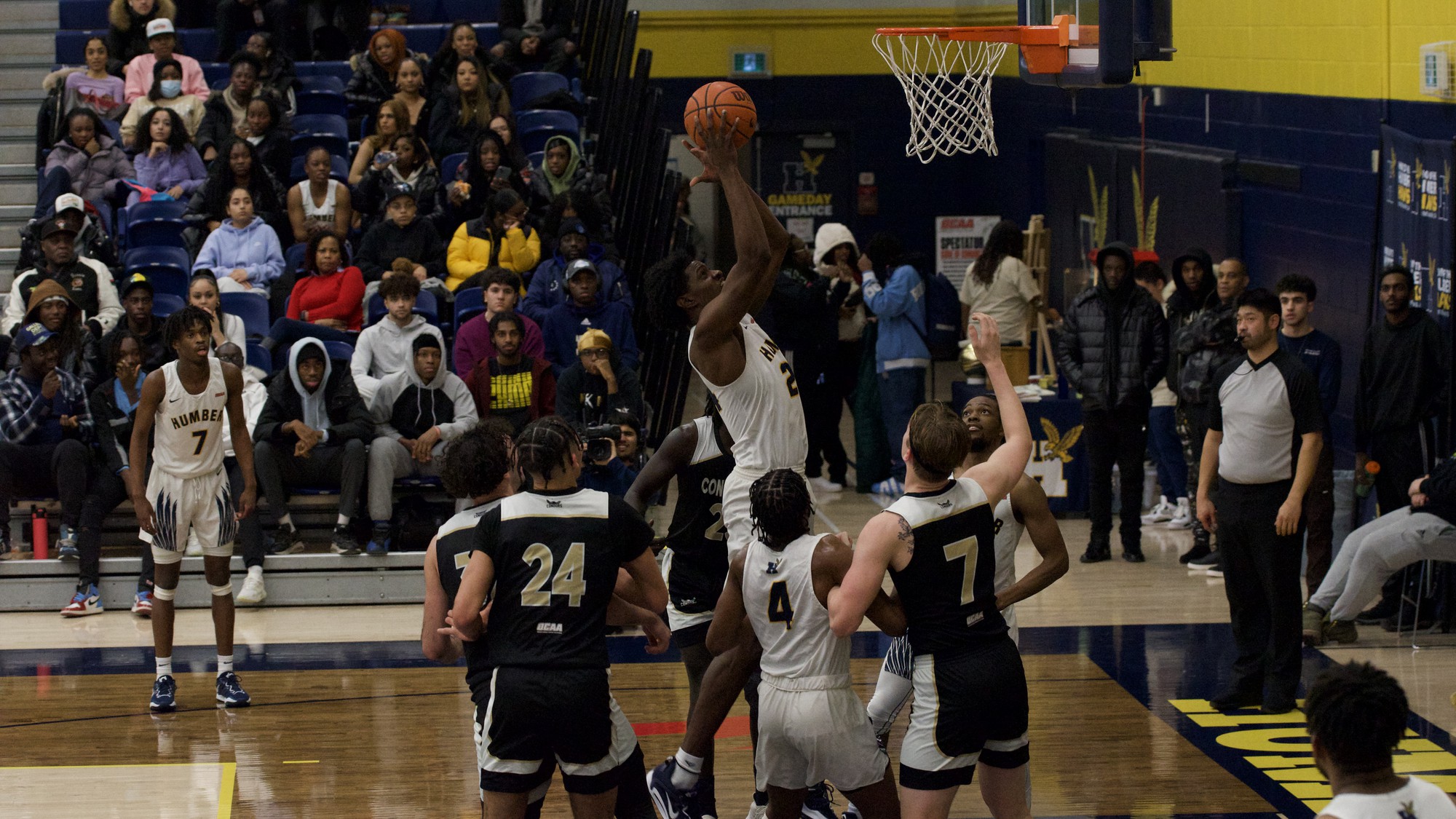 The Hawks men’s basketball team led the Conestoga Condors 71-66 going into the fourth quarter in their Wednesday night tilt, but the opposition clawed their way back to grab a late lead and snatch a 94-89 victory.

Head coach Omar Miles was unsatisfied with how the now 6-4 team played against the squad from Kitchener.

“It was an awful performance; we didn’t stick to our game plan and we allowed their two best players to be at their best on the floor,” he said.

The dynamic duo of the Condors challenged Humber’s defence. Terell Lloyd and Ladera Ujullu-Obang combined to score 60 points for the Condors. They are currently ranked first in the country in the highest-scoring duo.

Brett Pearce, a guard for the Hawks, said winning is all about moving on to the next play, staying focused while doing it, and not letting the opposing players get comfortable.

“The biggest lesson we learned in this game is to execute our game plan better and better protect our leads. That comes with lots of focus,” he said. “The biggest challenge was trying to contain their best players.” 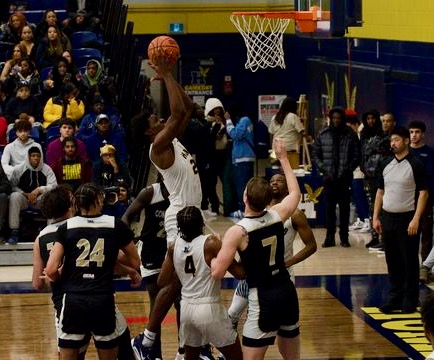 Miles said the team has many talents but needs to play together on the offensive and defensive end to succeed.

“We have lots of talent, but will our talent perform?” he asked. “Will we play in cohesion, or will we play by ourselves? We didn’t play together today, especially on the defensive end, and the results are what we saw.“

He said an important thing that fuels the team after a win or a loss is maintaining a winning mentality and excellence.

“We have a tradition of excellence, and we did not put on the performance of excellence in this game; it was totally the opposite,” he said.

Hawks forward Rahsaan Chambers had an impactful game by pulling down a game-high 12 rebounds.

Chambers said as a veteran coming from a championship run last season, he has a duty to work with rookies this season.

“I have more responsibility to be on the floor, just trying to get everyone ready and playing hard and better,” he said. “Bringing that hunger mentality to the next team every year is crucial to winning.” 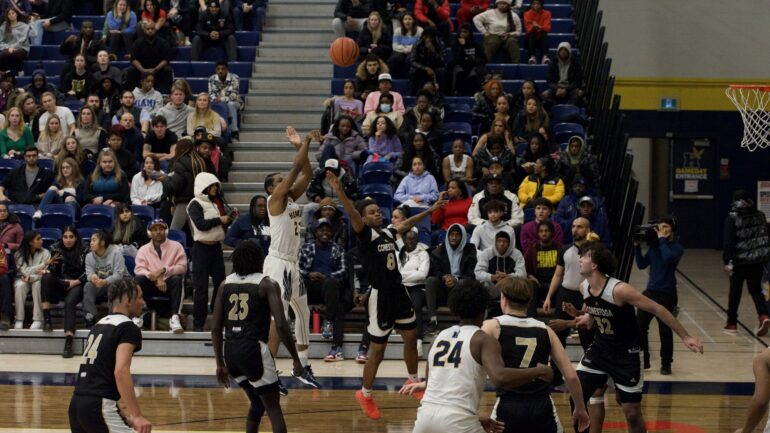 The Hawks spent the holiday together on a road trip to Vancouver, B.C., where they played and lost to both Langara College and Capilano University in exhibition play.

Miles said the holiday is a family atmosphere: being together, eating together, and getting to know each other more is very important on and off the court.

“We had an opportunity to get together as a family in Vancouver, and I think it’s a memory that these guys will look out for the rest of their lives,” he said.

“Having chemistry and working with that chemistry is crucial, and we need to bring that humber mentality to the next team every year,” he said. 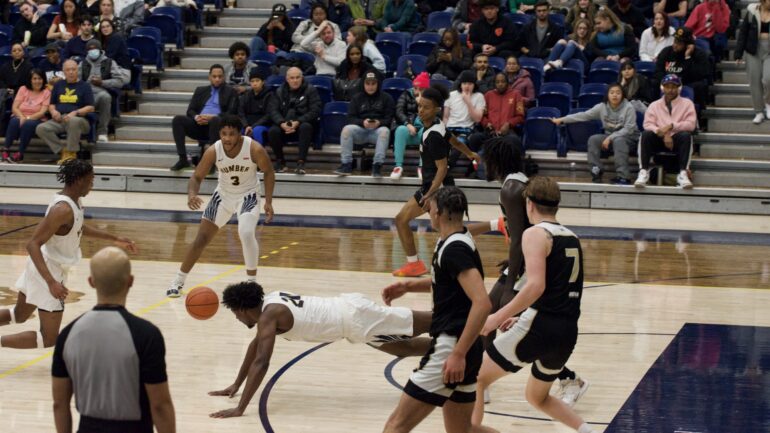 Hawks' diving for the ball on the ground during a loss against the Conestoga Condors at Humber on Jan. 11 Photo credit: Hawi Tulu

The Humber Hawks will play the number five Mohawk Mountaineers in Hamilton on Jan. 18. A home game awaits them against the Fanshawe Falcons on Jan. 21.