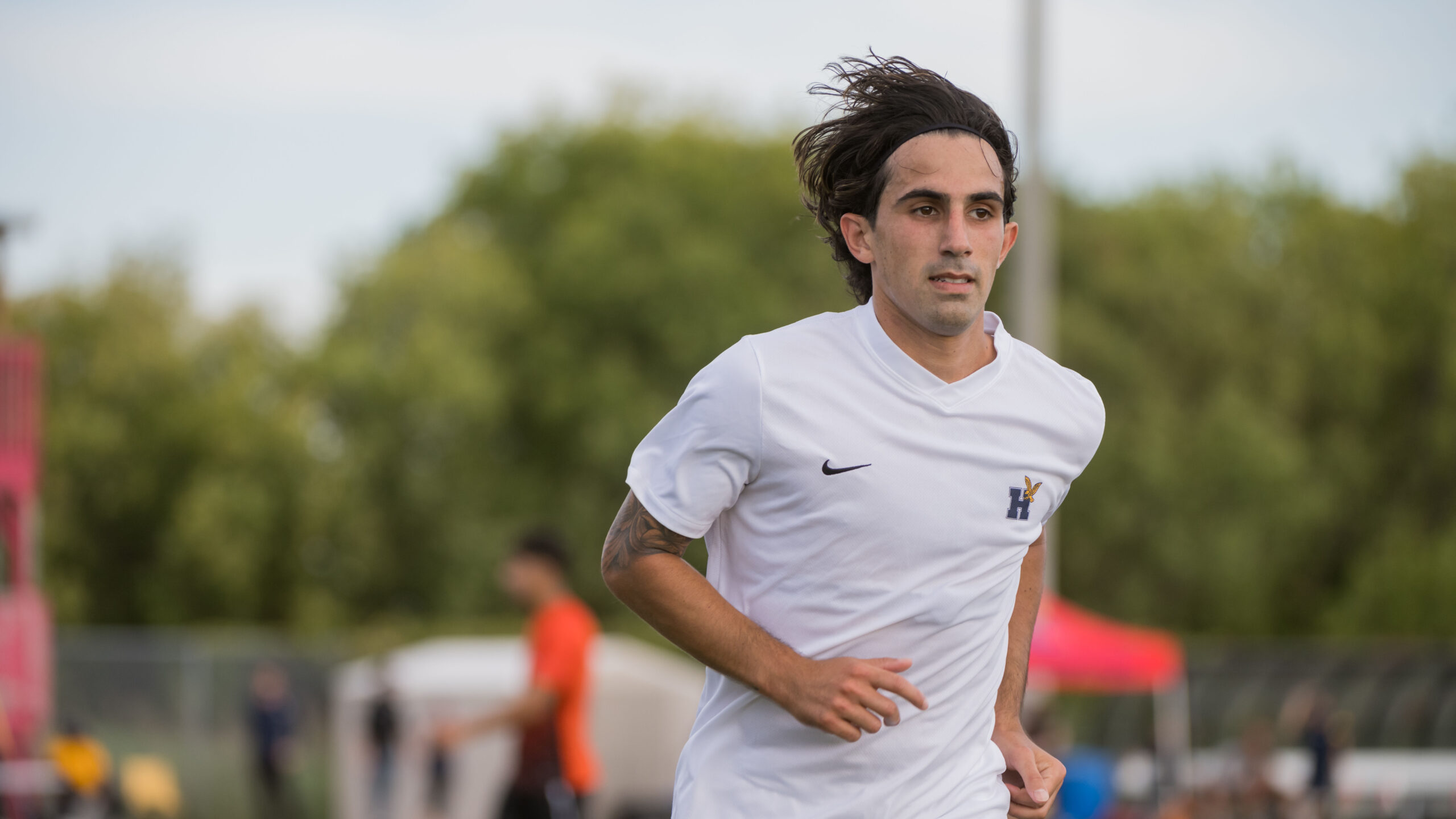 The Humber Hawks men’s and women’s golf team as well as the men’s soccer team were celebrated at home over the weekend for their championship victories in the fall season.

In front of a crowd of friends, family and fans, the Humber Department of Athletics acknowledged two of the most decorated programs in the country on Champions night.

In October, both golf teams picked up national gold medals at the Deer Creek Golf Course in Ajax. And the men’s soccer team took home their ninth CCAA title in November after beating Seneca Sting at Willoughby Field, B.C., completing their perfect 16-0 record this season. 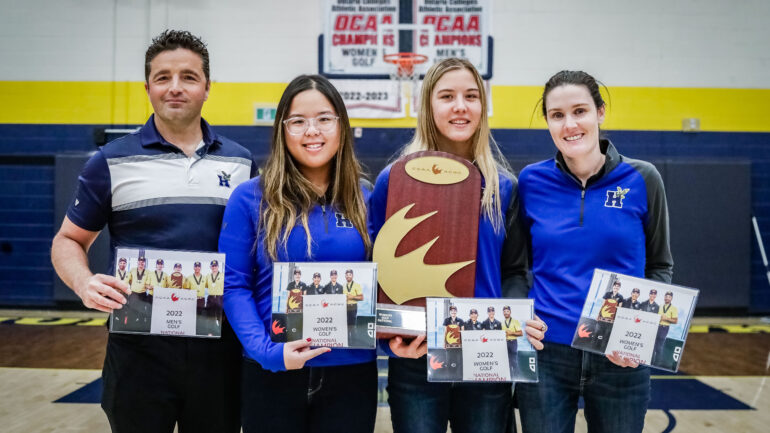 Director of Recreation and Athletics Ray Chateau described the importance of having a night like this, highlighting the college’s success in front of a home crowd.

“Because both of them won their national championships off site, it gives an opportunity for the Hummer community to acknowledge their accomplishment,” he said.

Michael Aquino has been a part of many celebrations in his years as head coach of the soccer team but this one was different.

Normally, Humber pays tribute to its champions in September, making the fall champions wait almost a full year to be celebrated. 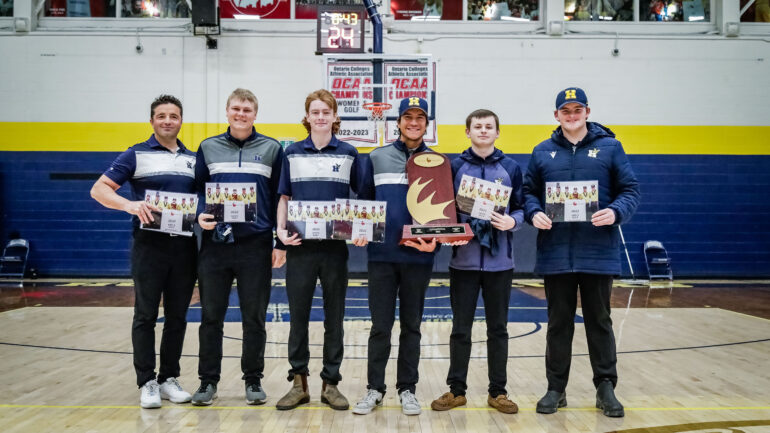 With the addition of this night, Aquino said the celebration has a different meaning not only for the team but for the Humber community as well.

Aquino said the celebrations bring an added motivation shared through everyone present.

“It brings our team back to the school with a purpose, with an intent to celebrate our success” he said. “And to share it with other teams, with our student body, with fans and family that get to come here today, it’s special.”

CCAA Player of the Year midfielder Luca Uccello felt that mentality was important to achieving their goal.

“Even though we were winning games, going undefeated, we never got too high and never got too low,” he said. “We kind of just stayed in between and we’re lucky to come away with a national championship.”

Since joining the Hawks in 2021, Uccello has felt the support from the Humber community and Champions night was no different.

“On a day like today where we’re being honoured at halftime, it’s awesome,” he said. “It just feels good to have that support.”

“You know that we support our varsity athletes and they tend to stay for three, four, five years and that allows for continuity and outstanding athletes wanting to come and play here at Humber,” he said.