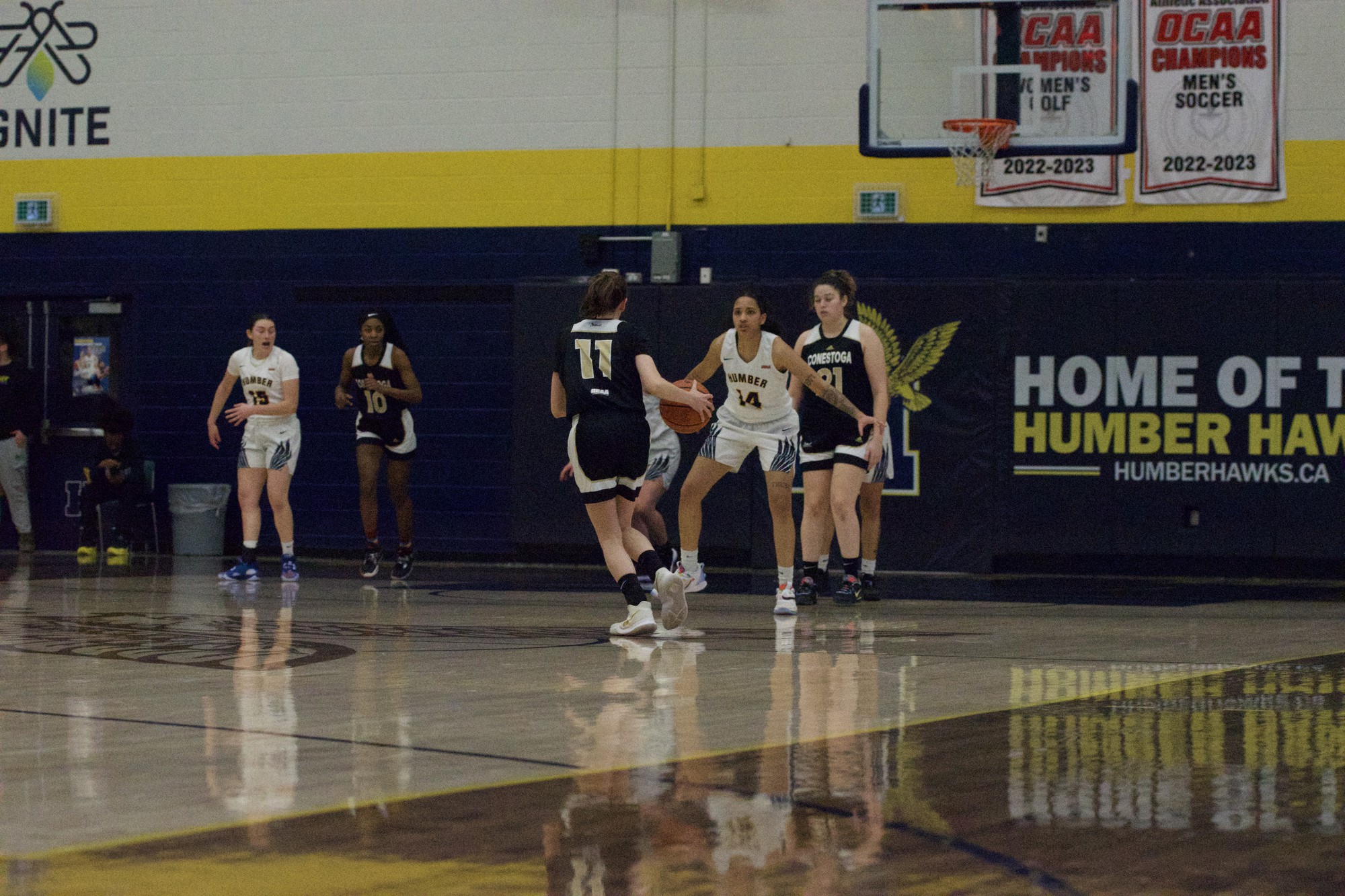 The women’s basketball Hawks, who are currently 9-0 and first in the West, beat the Conestoga Condors with a whopping 32-point differential on Jan. 11, holding onto the top spot.

Ajay Sharma, the head coach, said he is very proud of the team and all that they’ve accomplished this season and is committed to making sure his team is motivated so they do the best they can.

“As cliché as it might sound, we take every game and every opponent seriously, making sure we have game scouts and to make sure we do our due diligence in practice,” Sharma said.

The Hawks were met with little competition allowing the team to showcase their variety of skills. This was coupled with the Condors missing 10 straight shots and turning the ball over three times.

A strong defense allowed the Hawks to move the ball forward and put up points in the paint.

Teija Wareham, the power forward for the Hawks who hit a career-high 17 points in the game, said they’re doing all it takes as a team to win games and hold onto their number one spot.

“We are looking to outperform our opponents in every quarter, doing our best to better ourselves in preparation for finals as well as nationals as that is where we aim to be.” she said.

Even though the team has played well up until now she believes the team can improve on simply just making separation from the beginning and keeping it all the way through.

“I think staying organized with the execution of both offence and defence through communication will allow us to put up more shots and secure a tight lead from the start,” Wareham said.

Kayah Clarke, a guard and fifth-year veteran on the team, said having individual goals played a major part in the team’s development and success.

“My goal for myself is to stay healthy and give everything I have on the court every time I have the opportunity to do so,” Clarke said.

She also said that as far as expectations go for her team, she wants for them to continue to execute at a high level, which starts at practice.

“Challenging each other (on) the court and in the weight room both mentally and physically will be instrumental in us reaching the goals we’ve set out for ourselves,” she said.

“In combination with our high-performance centre and therapy we are committed to making sure our players’ bodies stay healthy and are capable of what we need them to do for the next game,” he said.