Chinatown hops into Year of the Rabbit with diverse performances 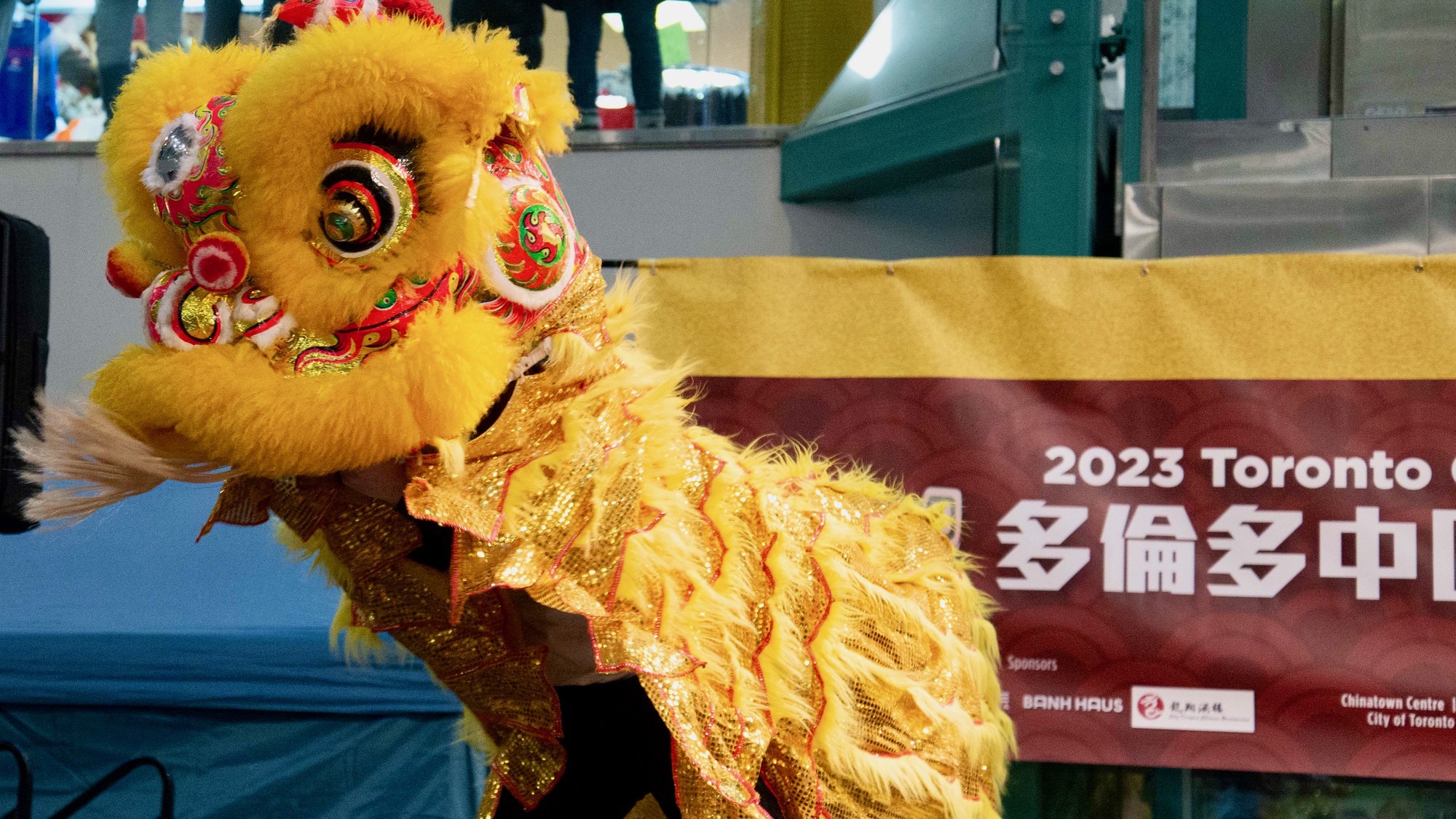 Performers and visitors from different cultures gathered in Toronto’s Chinatown on Jan. 21 and Jan. 22 to kick-start the lunar year.

The celebrations marked the first time Chinatown had met together in three years, Tonny Louie, chairperson of the Toronto Chinatown Business Improvement Area, said in the event’s closing ceremony.

The COVID-19 pandemic forced some Lunar New Year activities to go virtual in 2021 and 2022, according to Chinatown’s website.

Chinatown filled the two-day festival with traditional Chinese cultural performances, from the signature lion dance to a Chinese orchestra which featured the 61-year-old yangqin artist Pingxin Xu, who said he plays the Chinese dulcimer as a professional. 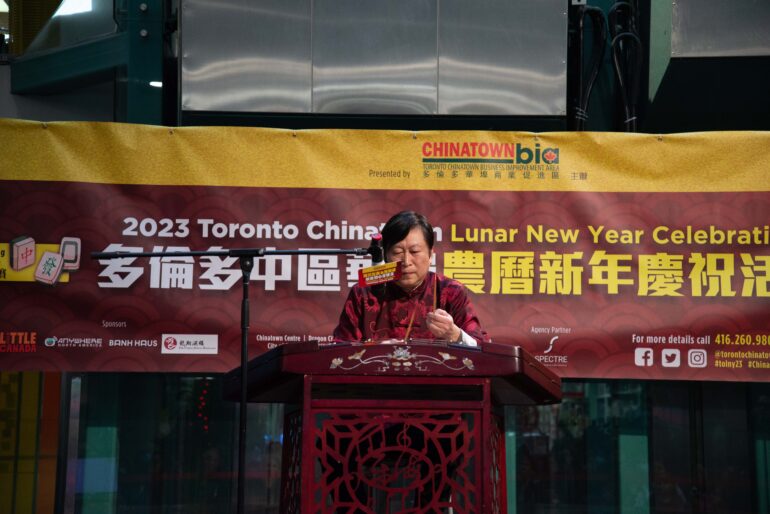 Xu said while he has years of experience playing the instrument, he was still excited to see crowds gathering again and enjoying his Lunar New Year performance.

“It is nice to be back to normal life and to see celebrations for some special events like the Chinese Lunar New Year,” he said.

The orchestra also saw younger musicians like 20-year-old Chanel Zhang, who said she has performed pipa on stage for about seven years. 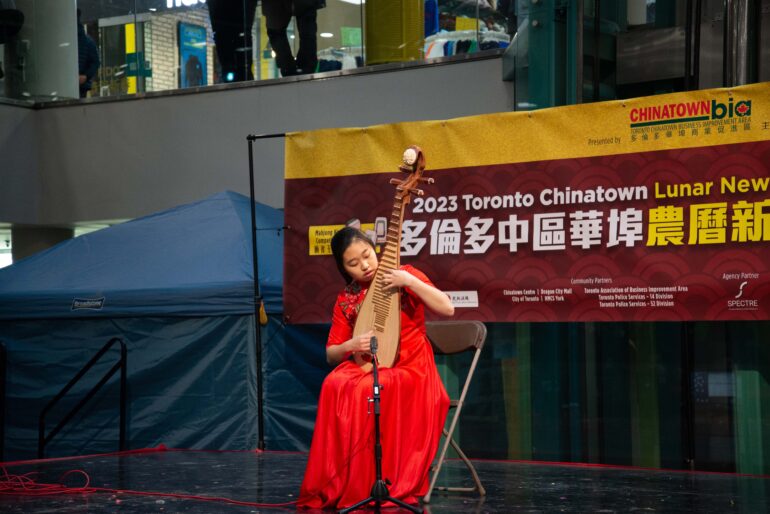 Zhang said she played her favourite song on the Chinese lute, Blue and White Porcelain from Taiwanese pop singer Jay Chou, to bring joy to the audience.

“It brings a lot of people together,” she said.

Rachan Gavish, an Israeli who moved to Canada with her family a year and a half ago, said she was excited to join her first-ever Lunar New Year celebrations.

Gavish said all the performances amazed her as they showcased the variety of Chinese culture.

“Come on everybody,” she said. “Join and see by yourself.”

The lure of Chinese culture did not stop at visitors.

Aaron Seunarine, who played steel pans and covered some traditional Lunar New Year songs on stage, said it was his first time performing for the festival. 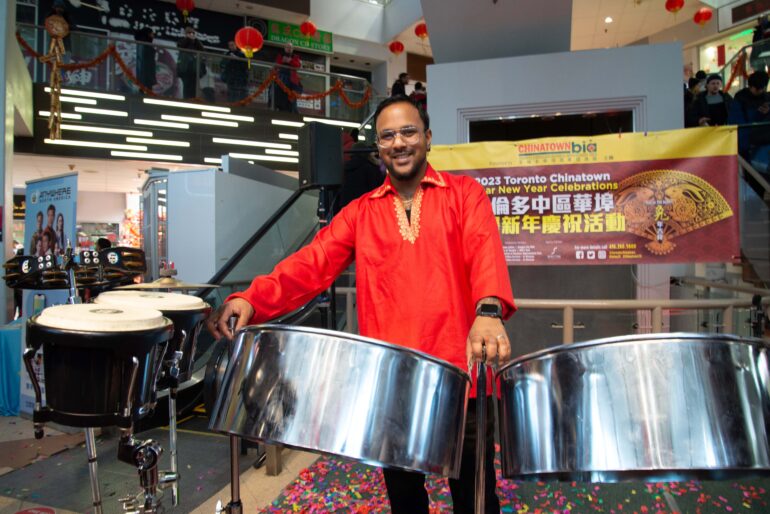 Seunarine said he has watched steel pan orchestras from China and Japan playing traditional songs from their cultures, but he has never tried it himself.

He said he could see why the instrument and the songs blended well.

“Music in all is a universal language,” he said.

Seunarine said he also cherished the chance to perform in front of a wide spectrum of people, ranging from Asians to Caucasians.

“I felt my diversity of songs, as well as the traditional Chinese New Year songs that I chose, complemented Toronto and the people that were there,” he said.

Kathryn Zhao, co-founder of the dance group Haykz which performed in the celebrations, also said she wanted different people to experience the diverse Asian culture.

Zhao said while her group performs all year round, she brought her Japanese husband, Hayato Kobayashi, to this year’s festival to let him learn more about Chinese culture. 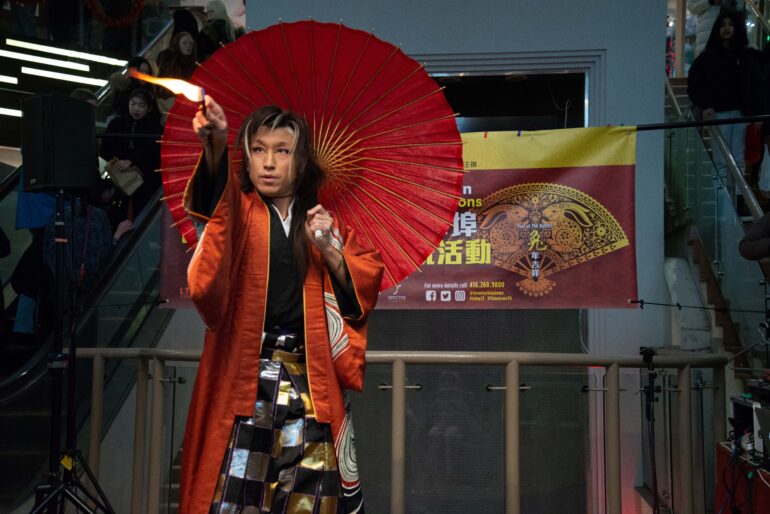 She also said she saw ties between different Asian cultures.

“We use most of the same things like the fans and the sword and the umbrella,” she said. “But it is a different way.”

The young team danced on stage K-POP songs like the recently released Antifragile from Le Sserafim, she said. 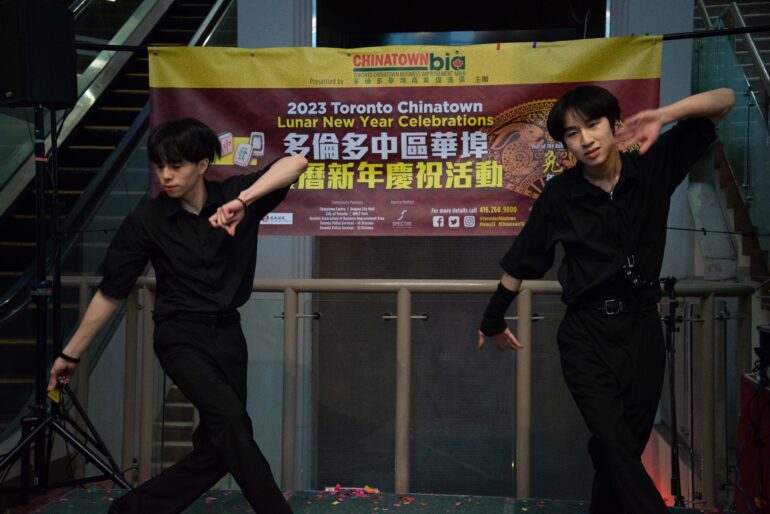 Zhao said while the teens’ performances were not something traditional, they were a good starting point.

“If the whole show is only me, like a traditional Chinese, people will get boring (bored),” she said. “I want to put all together.”

The group’s next stage is to add some traditional Korean culture and create an Asian fusion, Zhao said.

“I really wanna just to help my husband and push Asian culture to the world,” she said.

Hong Kong Canadian Jon Tong said in a God of Fortune costume that he shared the same desire to promote Asian culture. 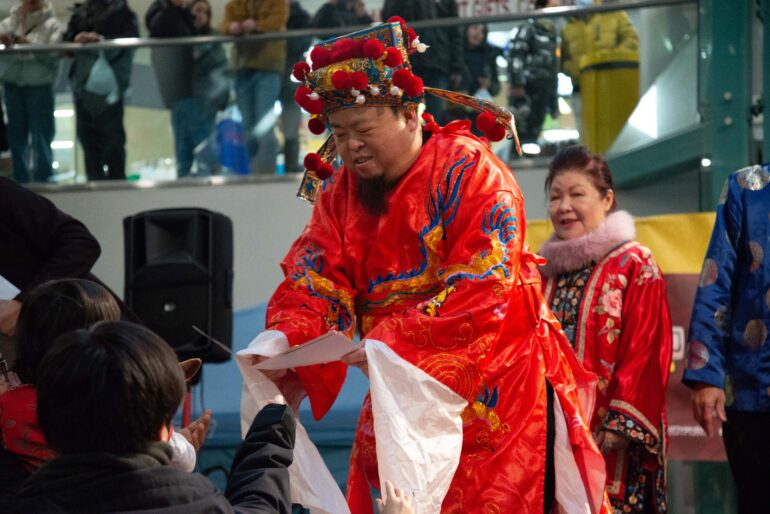 Tong said he has appeared as the God of Fortune in Chinatown’s Lunar New Year celebrations for three years.

“It is to showcase my culture,” he said. “I (would) like to play a part in continuing the tradition.”

Peter Ly, a Vietnamese Canadian who has helped with the annual celebrations for more than 10 years, said the promotion of Asian culture made this year’s event a great success.

“I believe (this year is) the biggest in my 10 years, or 11 years, being a participant,” Ly said. “And I found the event attracts a lot of not only Chinese, but mainstream people.

“I found that they are very interesting (interested) in our culture,” he said.