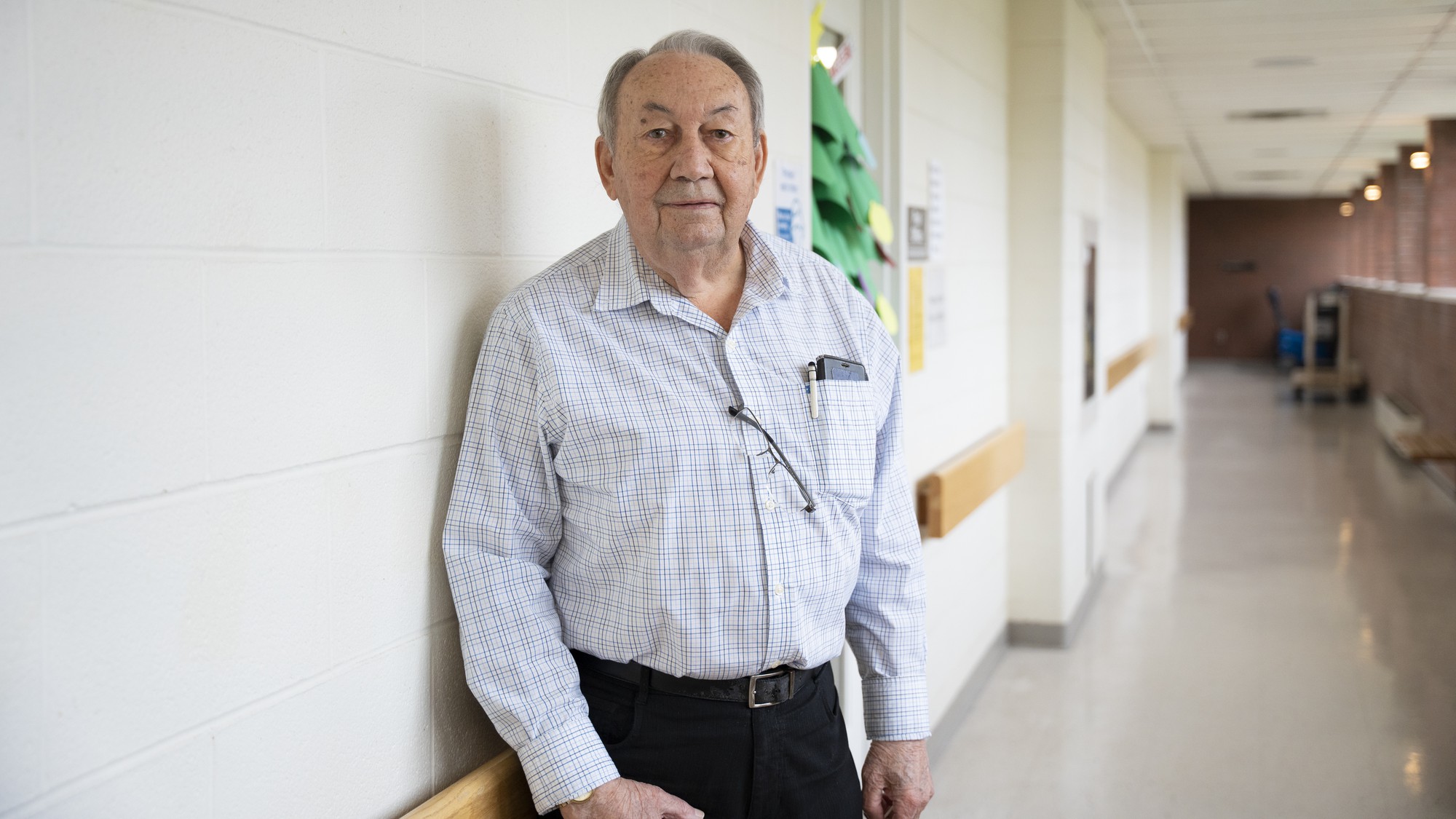 Carol Beaver is struggling to cope with being separated from her elderly husband Bob. They are among the many seniors across Ontario separated from their spouses as a result of limited Long-Term Care beds.

“This is a heartbreak that those in power do not understand,” she said.

Under the provincial government’s Bill 7, More Beds Better Care Act, elderly patients who can be transferred out of the hospital and into long-term care homes are placed on a waitlist for an available bed.

Depending on availability, the patients can be transferred up to 70 kilometres away while waiting for their preferred care campus. 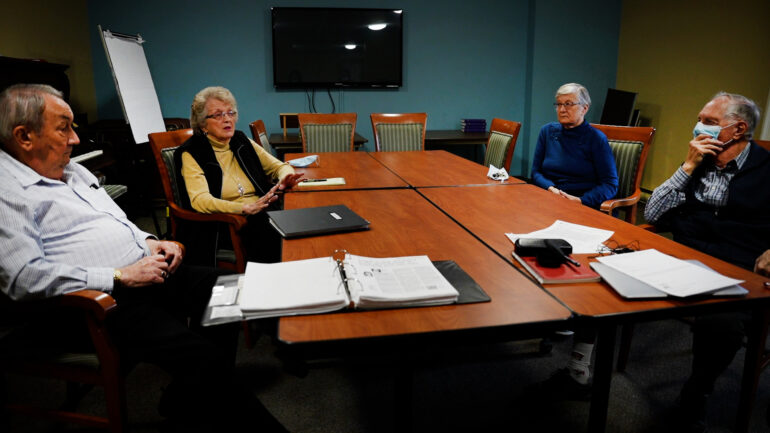 From right, Jim McLeod, Carol Beaver, Janine Laurence and Jim Potts are separated from their spouses at Fairview Mennonite Home in Cambridge, Ont. They are fighting to reunite with their spouses but the provincial government isn't doing anything to help. Photo credit: Andre La Rosa-Rodriguez

Four seniors at Fairview Mennonite Home in Cambridge, Ont. have exhausted their options by trying to reunite with their spouses who were placed on different long-term care (LTC) campuses.

When Beaver, 84, asked placement coordinators how long it would take to have her 87-year-old husband Bob transferred to the same LTC campus as she is in, she was told about three or four years.

Long-term Care Minister Paul Calandra and Health Minister Sylvia Jones announced at a media conference on Sept. 14, that these new guidelines for long-term care placement could be a solution for the LTC for the first time in decades.

“It keeps [patients] closer to home, ensures that there are a multitude of options that are presented to the patient in long-term care so that they can make that choice,” Calandra said at the conference. “They will stay at the top of the waiting list for their home of preferred choice.”

But Beaver said that it’s “a great, great frustration,” because she has to travel 25 minutes to see Bob every day.

She said if she and her husband were on the same campus, she would be able to help take care of him more often.

Janine Laurence, another senior at Fairview Mennonite Home, who is also living apart from her husband Tony, said he would sometimes refuse care from personal support workers and only respond to her instead.

“If he was here at Fairview, I could go three times a day and feed him, I could do his care,” Laurence said. “It wouldn’t phase me, I would really love to do it.”

Laurence said the caretakers at her husband’s care home are “marvelous” but she can they are overworked and understaffed.

The Ontario Nurses Association (ONA) said in August that the bill violates rights. The association believes it does not address the real issue in long-term care, which comes down to the understaffing of nurses and health care professionals.

“Transferring patients without consent during the pandemic was meant to be an emergency measure, but Bill 7 normalizes this practice in dangerous ways, with grave implications for patients’ rights and health outcomes which could suffer as a result of isolation and stress,” ONA President Cathryn Hoy said in the release.

Jim Potts also sees the effect understaffing has on his wife Shirley at the long-term care home she is in. He said that sometimes he has to push the help button for Shirley because she refuses to. And then they wait for someone to come “when they can.”

Potts held back tears when he told Et Cetera how difficult it was to watch his wife refuse help from caretakers because of her dementia.

“It’s emotional, it’s frustrating,” he said. “I’m sure [being separated is] repeated many times in our community and in our province.”

Thousands of seniors are on waitlists for a room in long-term care homes in the southern Ontario region, according to a fact sheet published by the Ontario Health Coalition.

Jim McLeod, 83, has done everything he can think of to be reunited with his wife, Joan.

He has sent multiple letters to Calandra and Premier Doug Ford expressing the difficulties he faces but has received no response. McLeod has spoken to various news organizations like CTV Kitchener, Waterloo’s The Record newspaper, and TVO to have his story heard but nothing has changed.

He sent letters to more than 80 MPPs asking them to support NDP MPP Catherine Fife’s bill that enshrines the right for couples to be together in long-term care homes but he is still separated from Joan.

McLeod feels like there is “just no empathy” from people in power.

Working with Fife has been a good experience, he said. She invited McLeod and the CEO of Fairview Mennonite Home, Elaine Shantz, to the legislature when Fife presented her bill, the Till Death Do Us Part Act, for the first time in December 2019.

“I don’t think they realize the heartache it causes seniors,” McLeod said. “My only wish would be that I could stand up in the legislature and say, ‘ladies and gentlemen, what would you do if your spouse, or your parents, or your grandparents were in the same situation?’

“There wouldn’t be any banging of the desks, there’d be silence,” he said. “That’s the problem.”