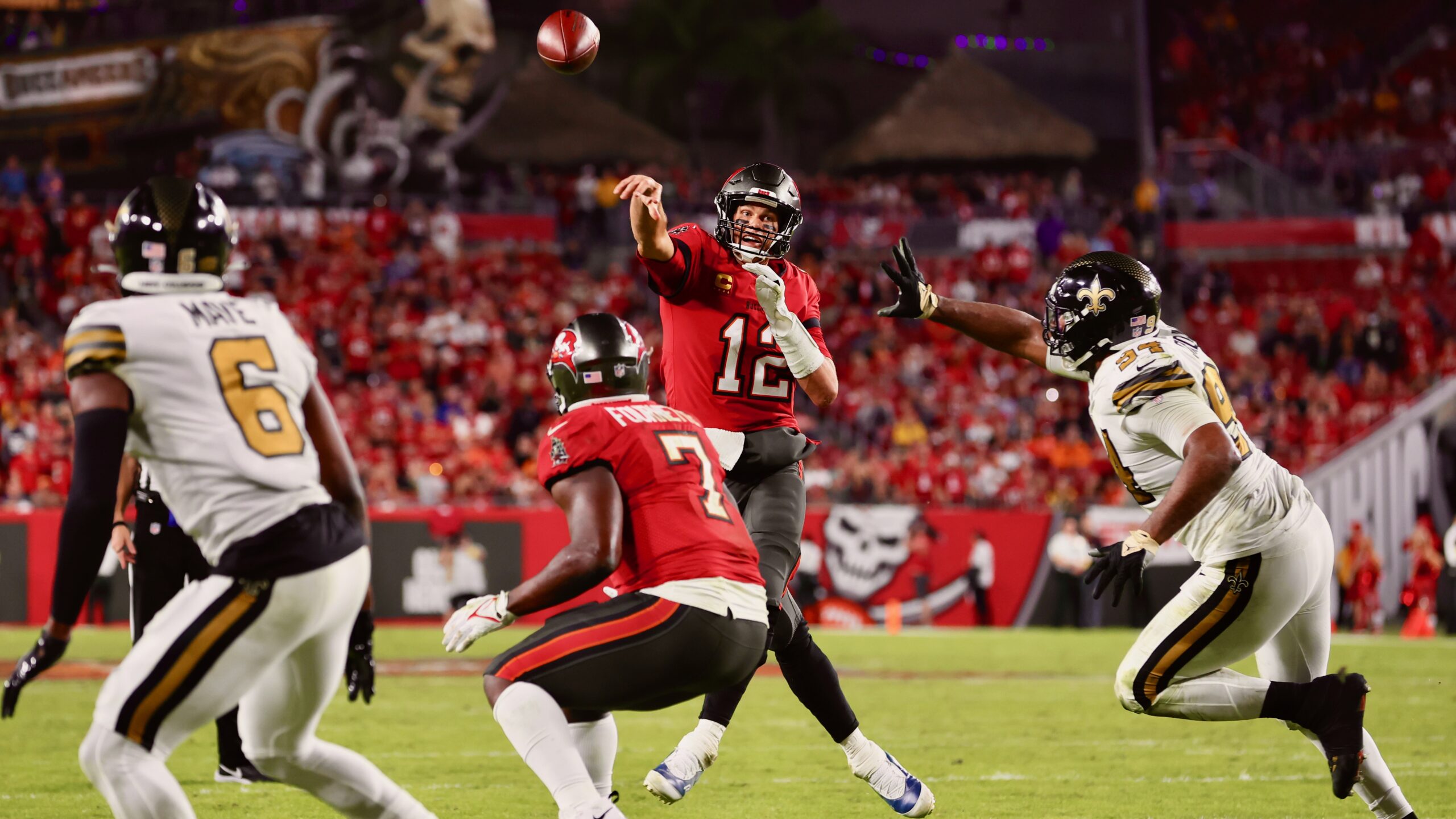 Tom Brady has looked tired and sluggish, and his Tampa Bay Buccaneers sit at 6-6 with the season beginning to sour when the team started 3-5, marking the first time Brady has ever been two games under .500 in his playing career.

But contributing to the on-the-field struggles is the quarterback’s recently chaotic personal life.

In the past few months, he has had a very public divorce from his supermodel wife Gisele Bündchen. He was also the brand ambassador of the formerly billion-dollar crypto platform FTX, which has recently gone under.

It’s never easy to get through a divorce, especially when Brady’s marriage looked like one out of a Hallmark movie.

The general public has, up to this point, been very split on their opinion of Brady, with people loving him and his dominant success in the NFL over the last 20 years or hating him for his perceived arrogance.

Now, pictures of Brady on the sidelines have led to a chunk of fans feeling sorry for what he’s going through.

Despite everything, Brady is having a good year for himself despite his career-worst team record. He ranks first in the league with 347 completions, his 3,332 passing yards placing him fifth in the league along with 16 passing touchdowns and a better completion percentage at 66.2 per cent than superstar quarterbacks Patrick Mahomes with Kansas City and Buffalo’s Josh Allen with 65.7 and 66.2 per cent respectively.

The narrative sports media seems to be pushing is that Brady is the problem. Critics dominating airways and headlines on sports networks are focusing on his age or that the game is one he can’t keep up with anymore.

I think the root of the problem is Brady is simply overwhelmed with everything going on and he’s being relied on too heavily. I think a poor offensive line — which in football is critical to a quarterback’s success — and an inability to run the ball have contributed as well.

It may sound crazy after the Bucs’ offensive line was ranked fourth by Pro Football Focus (PFF) in June. Some crucial injuries have forced the team to play backups, having seen them fall all the way to 13th this past Wednesday.

The Bucs also can’t seem to run the ball as effectively putting all the pressure on Brady to perform. Their rushing offense has the lowest rushing attempts, averages the lowest yards per carry and has the lowest total rushing yards in a league of 32 teams. It explains why Brady must feel like he has to pass more than any other QB in the NFL.

Brady has proven he can overcome demanding challenges on and off the field before. In 2016, during his time with the New England Patriots, he was handed a four-game suspension for Deflategate. Brady is alleged to have ordered the deflation of footballs during the AFC Championship game against Indianapolis. The team was also fined $1 million and lost two draft picks in 2016,

It’s a controversial event Brady still swears to this day that he had no part in.

During the same season, his mother was diagnosed with breast cancer and Myeloma. It affected Brady and his family to have all of this going on at the same time. He decided to prioritize time with his family and took time to be with them during his four-game suspension.

He came back and used the noise as motivation, coming back to put up 3,554 yards, 28 touchdowns and two interceptions in 12 games.

He went on to play in the Super Bowl later that season, where he overcame a 28-3 deficit to complete the greatest comeback in Super Bowl history and win his fifth championship.

Brady can overcome immense challenges but he needs help. His team will need to shore up its offensive line and find a way for the offence to be less reliant on Brady.