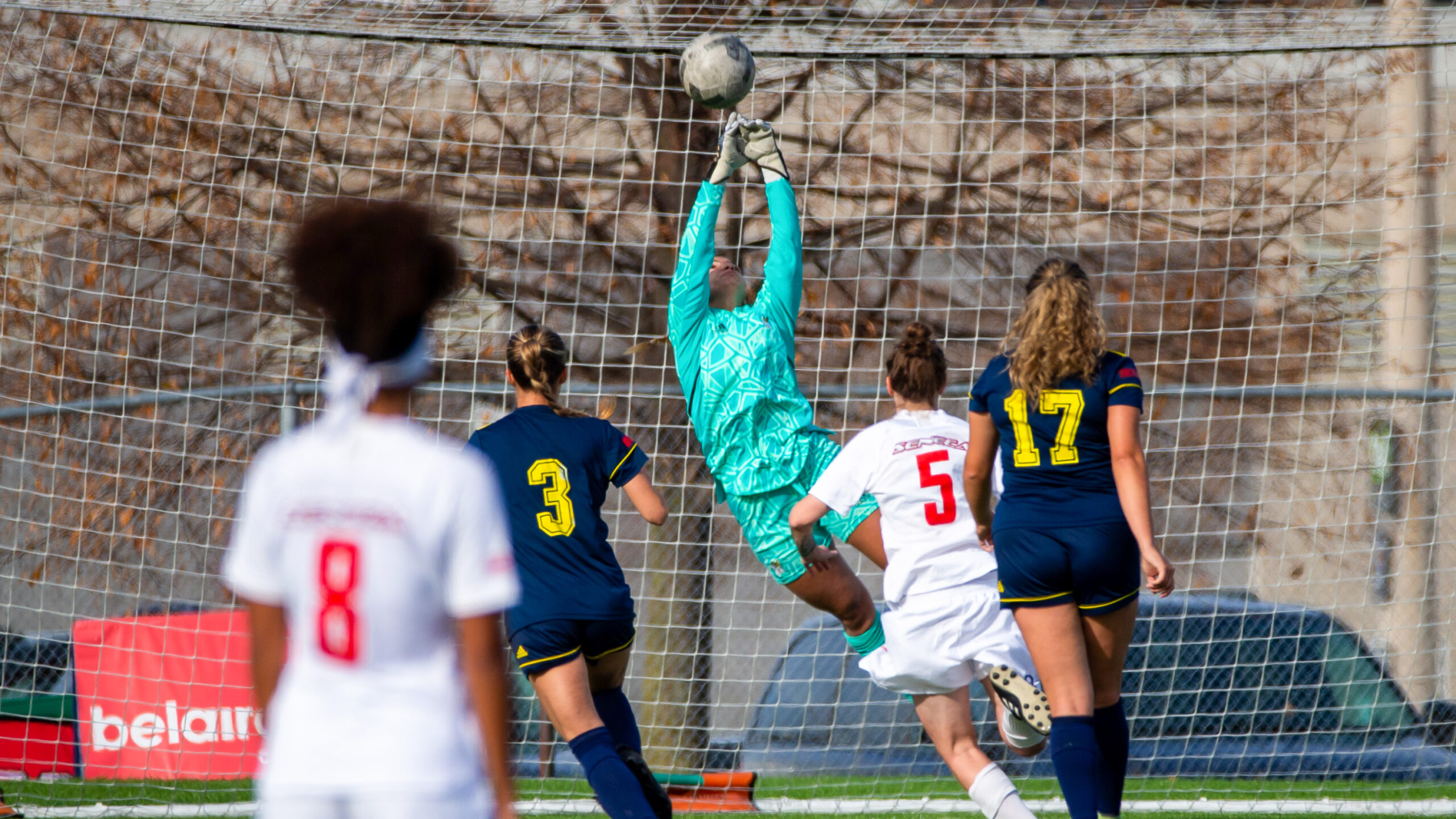 Humber Hawks soccer is looking to secure medals at this year’s CCAA championships after coming off two historic seasons and winning provincial gold.

The Hawks women’s team traveled this week to the city of St. Lambert, Que., south of the St. Lawrence River near Montreal, to compete against the best college soccer teams across the nation.

On Wednesday, Nov. 9, the Hawks set off in their first match against Les Rouges de Saint-Boniface in which they secured the 3-0 victory to advance to the semi-final.

Antonia Gatti, Emily Robittaile and Catarina Medeiros scored goals to send the Hawks through in the match.

The next day, the Hawks faced off against the Champlain St. Lambert Cavaliers in what can only be described as a razor-close game.

Humber’s Cassy Ettore unfortunately couldn’t seal the victory for the Hawks and it gave the Cavaliers an opportunity to come back. The Cavaliers managed to score their next two penalties and walked away with the victory to send them to the finals.

The Hawks are headed to the bronze-medal game, which is expected to be played on Saturday at 1 p.m.

On the men’s side, the team returned to the CCAA to defend their national title in Langley, B.C. Their first match was played on Nov. 9 where they slammed Les Rouges de Saint-Boniface to the tune of 7-2.

The Hawks fell behind 2-1 in the opening 15 minutes, but managed to claw their way back even before the end of the first half. When the second half kicked off, the dominance the Hawks have shown all season long was on full display.

In the semi-final match — a battle of the birds of prey — the Hawks faced off against the Langara Falcons. The Hawks secured their spot in the gold medal game by winning 3-1.

CCAA National Player of the Year Luca Uccello was among the goal scorers in the crucial victory.

The Hawks will face off against their Ontario rivals Seneca Sting in a rematch of the OCCA championship, which Humber won 4-0.