Negotiations with CUPE continue after Ford promises to repeal Bill 28 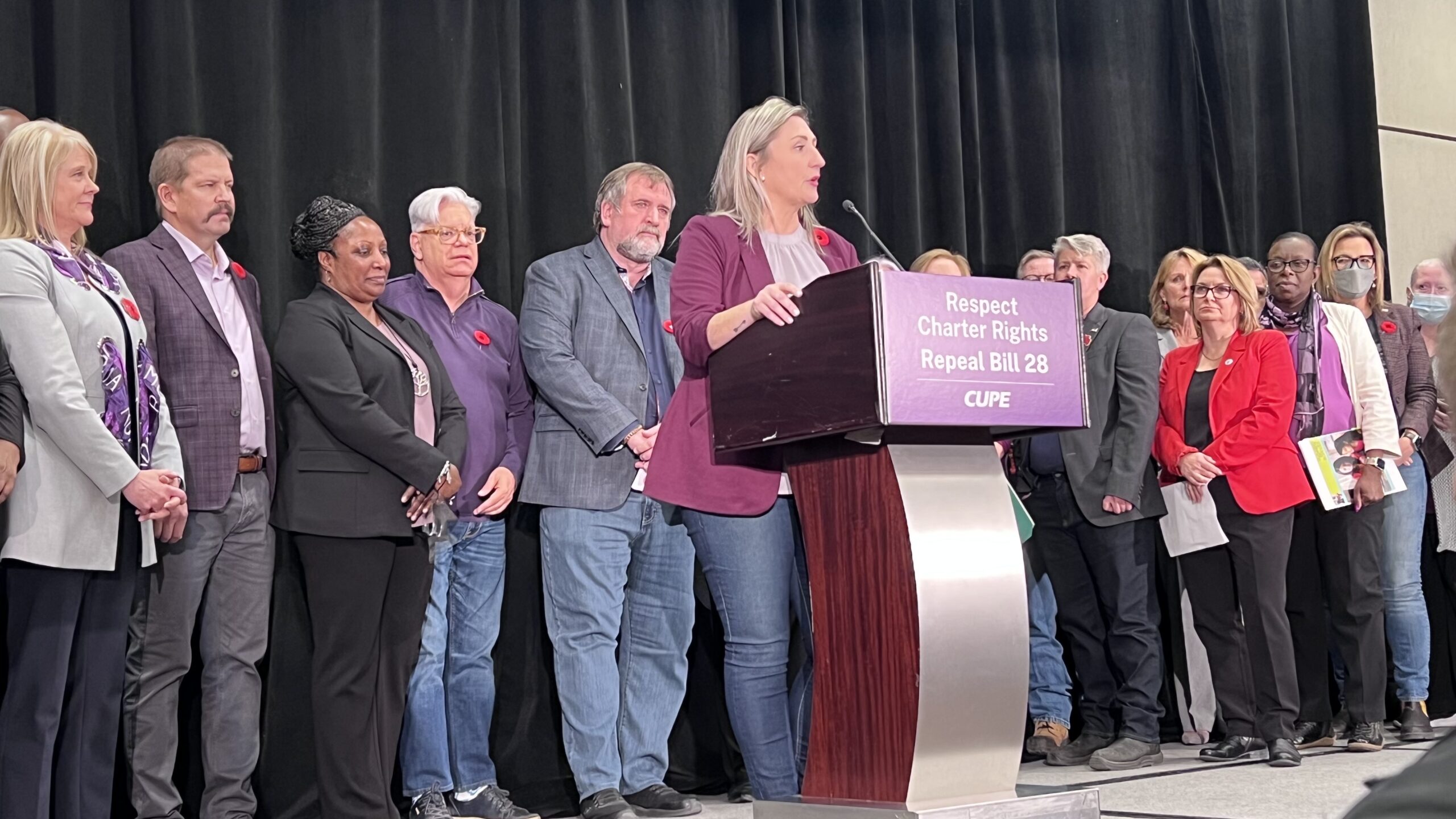 Negotiations have resumed between the Canadian Union of Public Employees (CUPE) and the Ontario government after Premier Doug Ford promised to repeal Bill 28.

Currently, the legislature is not in session and will not be called back, so the earliest that Bill 28 can be repealed is Nov. 14.

Laura Walton, president of CUPE’s Ontario School Board Council of Unions (OSBCU), said that the rights of workers are once again safe.

“Workers’ bargaining rights are intact again,” she said. “We are going back to the table with open minds, open hearts and we’re ready to negotiate.

“We call on the government to do the same,” Walton said.

Sharing the podium were several private and public sector union representatives standing in solidarity with CUPE. Throughout the weekend, unions from across the province announced their support for CUPE members.

“We need to be clear to this government, this is just the beginning,” Walton said. “Protecting workers’ rights will always come first.”

Education workers rallied outside MPP offices and took to Queen’s Park on Nov. 4 after the Ontario government passed a bill using the notwithstanding clause of the Charter, which allows a government to opt out of constitutional guarantees. The bill made it illegal for them to strike after both sides failed to come to an agreement. Members could have been subjected to fines of up to $4,000 per day.

On Tuesday, education workers collapsed all picket lines and returned to schools. Along with the agreement to repeal Bill 28, all fines were waived.

Schools across the province announced they returned to in-person learning on Tuesday.

The confirmation came just three hours after Ford announced Monday morning that as an act of good faith he was prepared to rescind Bill 28 if CUPE agreed to return to the bargaining table.

“I desperately hope that CUPE shows the same willingness to compromise as we are today,” he said. “I hope they hear my plea to keep students in class. But that’s not something I can guarantee you. That’s something that’s up to CUPE.” 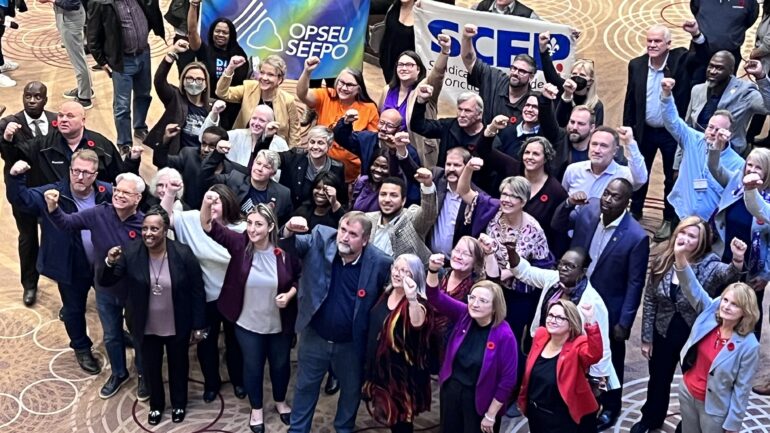 Union leaders raised their hands in solidarity after confirmation that Bill 28 would be repealed if CUPE returned to the bargaining table. Photo credit: Upkar Singh

Ford said he was left with “no choice” but to invoke the notwithstanding clause, maintaining his priority was to keep children in schools.

“We didn’t make the decision to introduce legislation lightly,” he said. “I know it’s been controversial. But I’ve always respected the right of workers to fair bargaining.”

In response to questions about Prime Minister Justin Trudeau’s criticisms of the Ontario government’s use of the Notwithstanding clause, Ford noted they were within their right to use this “constitutional tool.”

“We are using every tool we have to keep kids in class,” Ford said. “It’s very disappointing. The prime minister is being selective within certain provinces of his concerns of overturning the notwithstanding clause.”

He said he’s willing to sit down with Trudeau about any “constitutional changes” and noted that it should include all premiers.

Despite the progress that’s been made, Walton said the unions remain in a legal position to strike.

The union would only need to give a five-day notice if negotiations were to break down again.

“Right now they are not in place,” Walton said.

Ford said he will be focused on addressing lower-paid education workers.