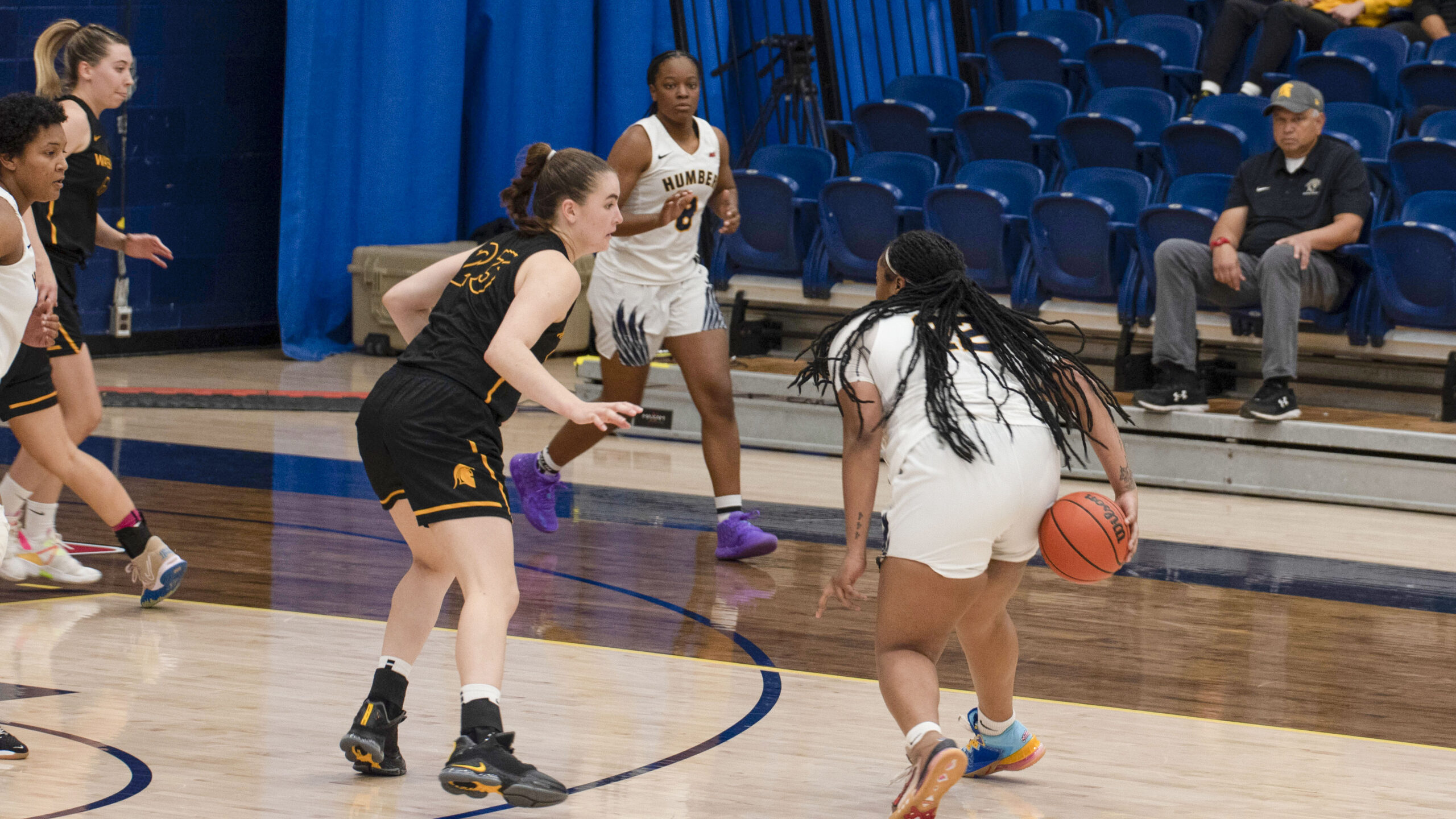 Hawks fifth-year guard Brittney English expects a lot from this team as she feels the team is talented and has much to accomplish.

“The team is qualified but it doesn’t just come in one day,” she said after losing 93-62 to University of Waterloo Warriors on Sept. 29.

“Everybody has strengths and weaknesses. It takes a team to win a game. It doesn’t take one person, and it takes a structure,” English said.

Women’s basketball started it’s preseason with a defeat, but players said it was a great learning experience for the upcoming season.

Head coach Ajay Sharma notes how any coach wants their team to play well, which is his mentality this upcoming season.

“We are trying to improve day-by-day. And that’s all we’re trying to do at this point,” he said.

“It’s September, so we’re just looking at what we can do better than we did yesterday and the day before,” said Sharma, who has amassed a 193-30 win-loss record since 2012.

Sharma said every regular season game is preparation for the playoffs.

“Playoffs are in March, so everything builds up to that,” he said.

“We’re just continuing to build this team to the heights of hopefully a championship which is our focus for the season.” Sharma said.

Sharma said players were missing practice and the team spent time adjusting as colds and the flu swept through most of the team in the first week of September.

“Everyone has recovered. Everything is going according to plan. Our players are healthier now and things are back to normal and we are ready for the season,” he said.

Despite the loss against Waterloo, English said she felt it was an excellent game.

English’s expectation for this season is to win.

“I want everyone on this team to be focused and connect chemistry-wise to win,” she said.

English played slightly less than 32 minutes a game last season while averaging 12 points per game as she looks to be a leader this upcoming season.

Sharma has big expectations for a new class of rookies, including Sydney Crawford.

Crawford said her first in-game experience at Humber has been incredible, and she can’t wait to see how this season plays out.

“Humber has so many opportunities, and we have so much support from the staff, from the athletic therapy,” Crawford said. “It’s honestly been incredible. I’m pleased to be here.”

She said she’s confident the games will improve as the season continues, and last night’s game was a lesson.

“I am super excited for this season. I think we’re trying to go at it together and aim high this season,” Crawford said.

The Hawks look set to continue to build on their chemistry and make adjustments as their pre-season rolls on and start the season on a positive note. Their next challenge is a three-day tournament in Quebec beginning Sept. 7.