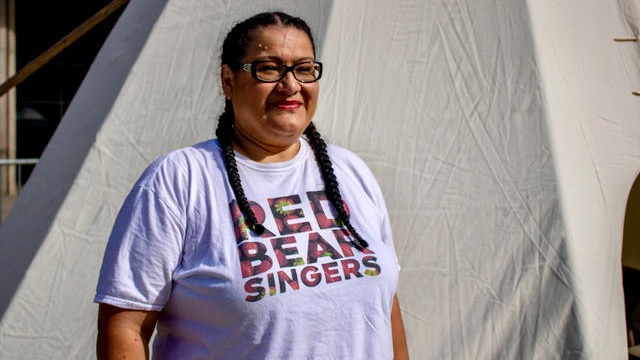 Canada’s National Day of Truth and Reconciliation has left some Indigenous leaders unsatisfied with the duality of treatment they face.

Sept. 30 is a day dedicated to remembering and honouring the history of residential schools and their impact on Indigenous communities.

Canadians have learned the truth that Indigenous communities have long known. Residential schools lead to the deaths of thousands of Indigenous children and committed what’s described as “cultural genocide” by the Truth and Reconciliation Commission of Canada.

Laurie Okimawinew, a health support coordinator at the Toronto Council Fire Native Cultural Centre and the daughter of residential school survivors, said not enough is being done.

“There is so much more the Canadian government can do,” Okimawinew said. “First of all, give Indigenous People their land back.”

“We are still living in the same system. We can keep talking but if the government doesn’t change and really take action and honour the trees, then we are still the same,” she said.

Okimawinew said Indigenous organizations have been left to try and fill the gaps left by government inaction.

“Nothing has really changed in the last 10 years around any of the calls for action,” Williams said.

He said the effects of colonialism and residential schools are a core part of life on a reservation.

“It is every day that you get to see exactly what that trauma has caused. The effects of the trauma that my people have gone through are evident. It can’t be mistaken,” he said.

Land acknowledgments have become a common feature of Canadian life, but Williams said they are empty words.

“What is the point of a land acknowledgment with no action?” he asked. “There is no systemic change that has happened, all the same stuff, only now they are shaking our hands and stabbing us in the back.”

“They have not been doing enough,” he said. “What needs to happen is transformational changes in society.”

Avila said he is running because he wants to see more Indigenous voices on the Toronto city council.

He said the oppression of Indigenous people was not a thing of the past.

“On one hand they say they want to build reconciliation. On the other, they are saying get out of here because I want to build a pipeline and I don’t care what you think,” he said.

In Toronto, Avila hopes that reconciliation will include a plan to defund the police and shuffle the funds to different resources.

The Toronto Police Service has a $1.2 billion budget, he said. 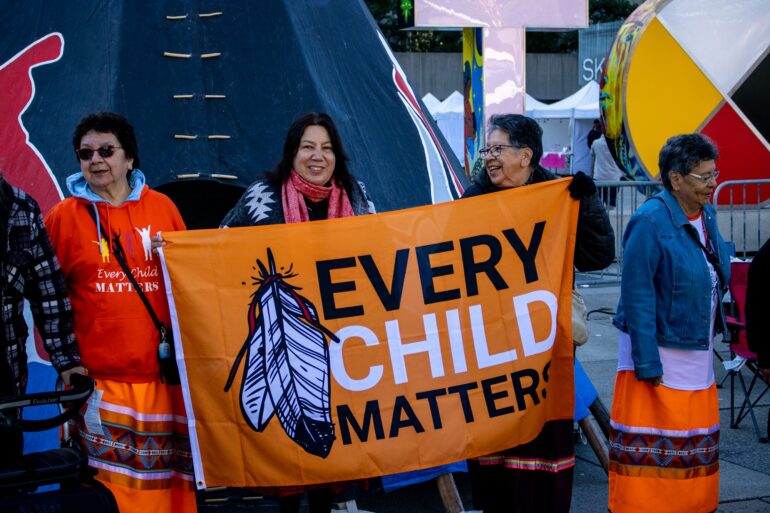 “Instead, how about funding services in the city that provide people with homes, shelter, food and free transit,” Avila said.

As another day of Truth and Reconciliation passes, Indigenous groups continue to fight for social change throughout Canada.

Okimawinew said they have a responsibility to protect the land and fight for their rights.

“We are still pressing the city for more housing and more funding,” she said. “We are healing ourselves, but the government is not doing what they are supposed to be doing.

“As Indigenous people, we have always been protectors of the land,” Okimawinew said. “The next generation really has to fix the mess of this generation and generations before who polluted this earth.”