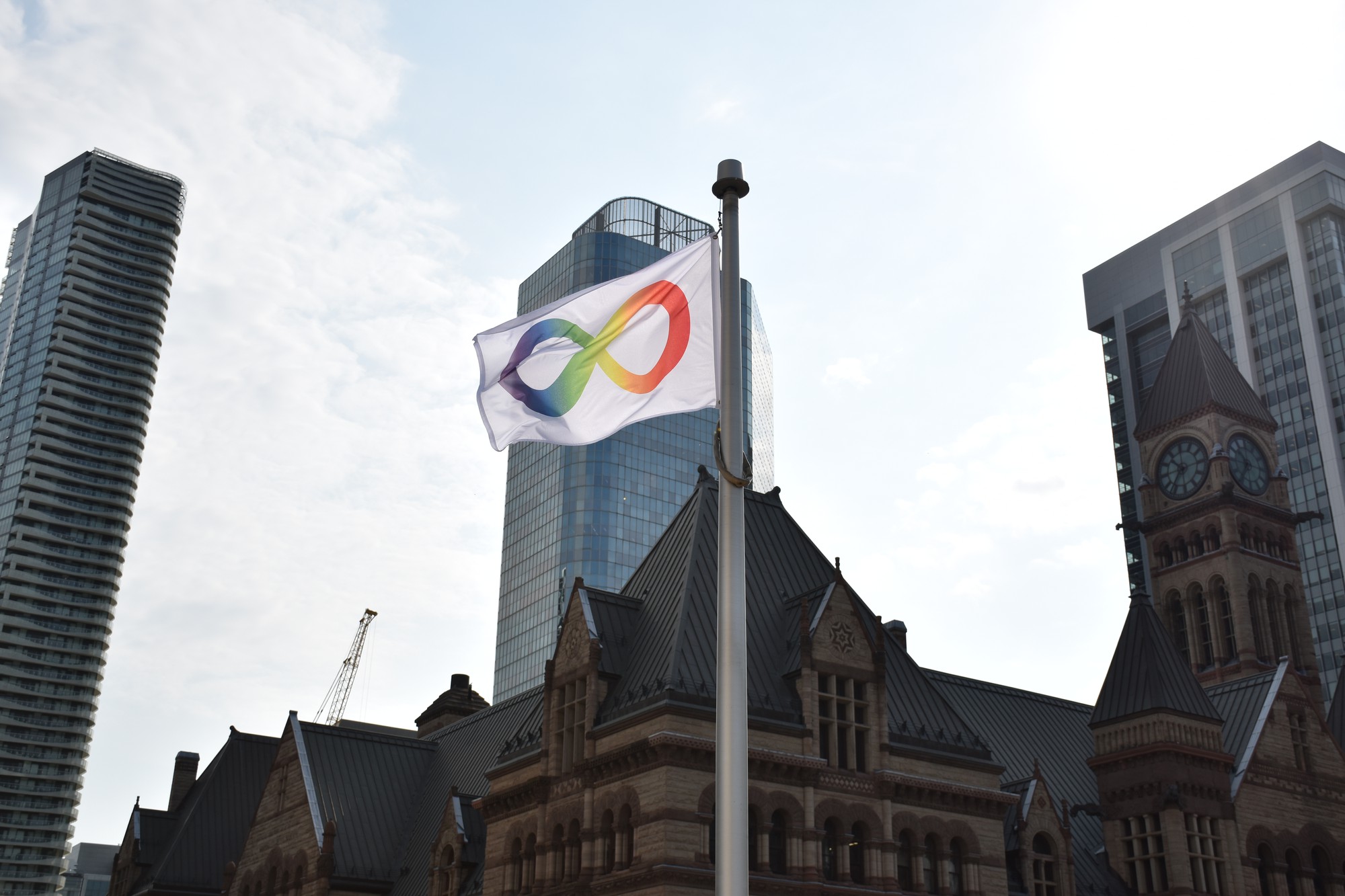 Toronto City Hall is raising the Neurodiversity flag for the first time in person after two years due to the COVID-19 pandemic.

The Sept. 16 flag raising was coordinated by Autistics for Autistics, an autistic-led self-advocacy organization based in Canada.

“In terms of building community, it’s really important to be together in person,” said Anne Borden, a member of Autistics for Autistics.

“So all kinds of brains are also needed. Just like in biodiversity, all different kinds of life is needed for a healthy planet,” she said.

Several attendees from Simcoe County held onto their flags during the ceremony, including that of the half blue and half yellow county flag that reflects their official colours. The infinity symbol, however, is the symbol used to display autism pride.

“We are a unique culture, and we’re proud of it,” said Steven Vergeron, an attendee of the event. “But we’re not separatists about it. We want to be part of society, in our own unique way, and we want to contribute to it in really big ways.”

The first of the annual flag-raising events began in 2019, which then took a hiatus due to the COVID-19 pandemic. A virtual flag-raising event was held in 2020, featuring a gif of a flag being raised during a Zoom call with members, nothing was done to celebrate in 2021.

“The first one was in 2019, we had a real flag raising at City Hall, and it was just a really, really special occasion and it just felt amazing to be together. Then in 2020, and 2021, we had to do it virtually,” Borden said.

“It’s really very special to hear someone’s laughter and to be standing beside someone,” she said. “That’s completely different in a Zoom meeting or something like that.”

While City Hall supports in flying the flag, some neurodivergent people hope this is simply a beginning.

Bronwyn Keith, a neurodivergent student from Humber’s Bachelors of Advertising program, feels that the representation of the neurodivergent community is growing.

“I think it’s nice to see more representation of the community, especially government buildings,” Keith said. “However I hope to see real actions taken to show support that reflects them flying the flag.”

“It’s a great first step, and I hope this is just the first step of many to make the city a more inclusive and accessible place for everyone,” Keith said.