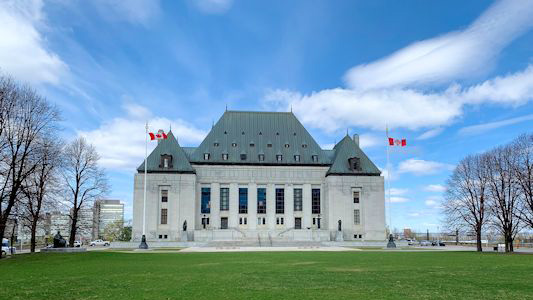 The Supreme Court of Canada decided that it would hear the appeal by Progressive Conservative leader Doug Ford to keep his mandate letters secret in the latest development in a four-year court battle.

The decision came down Thursday morning ensuring the mandate letters would remain confidential through the provincial election as the appeal has not yet been scheduled.

The case began shortly after Ford first took office in 2018 and decided on his cabinet.

CBC Toronto had requested the 23 mandate letters which run almost 150 pages through a Freedom of Information request in July of that year.

Ford was ordered to release the letters by the Information and Privacy Commissioner at the time.

The commissioner found the letters did not qualify for an exemption as cabinet records under the Freedom of Information Act because there was no evidence the letters had been tabled at a cabinet meeting or as part of cabinet deliberations.

He has since appealed the decision at every level of the court, with the current appeal in Canada’s top court being his last avenue.

“Everyone knows where we stand,” said Ford Thursday at a campaign stop. “We’re getting it done and it’s going to be as clear and transparent as you can get.”

Had the Supreme Court dismissed the appeal on Thursday, the letters would have been released to CBC.

Mandate letters have been released at the federal level by Prime Minister Justin Trudeau since 2015.

Many people see the case as an important step towards transparency in government.

Mel Cappe, a professor at the Munk School of Global Affairs and Public Policy and Order of Canada member, said this is not the case.

He said while transparency is important to democracy, privacy is needed to ensure good governance.

“You don’t negotiate a collective agreement, a contract or an international treaty in public, you do it behind closed doors for a reason,” he said. “And you do it so you can improve the quality of decision making.”

He said the letters released by Trudeau since 2015 are not proper mandate letters but communications that restate the party’s platform.

Leaders of the three other official parties have all criticized Ford for not releasing the mandate letters, with Liberal leader Steven Del Duca calling it “unconscionable and appalling.”

Cappe said while he was Clerk of the Privy council he worked with the Prime Minister to write mandate letters, which were kept secret to ensure they were meaningful.

“By releasing them, they’re useless,” he said.

While there may be times that mandate letters should be made public, he said that a public interest test should be applied in order to uphold the tenants of good governance.