Steven Del Duca steps down after failing to retake Vaughan-Woodbridge 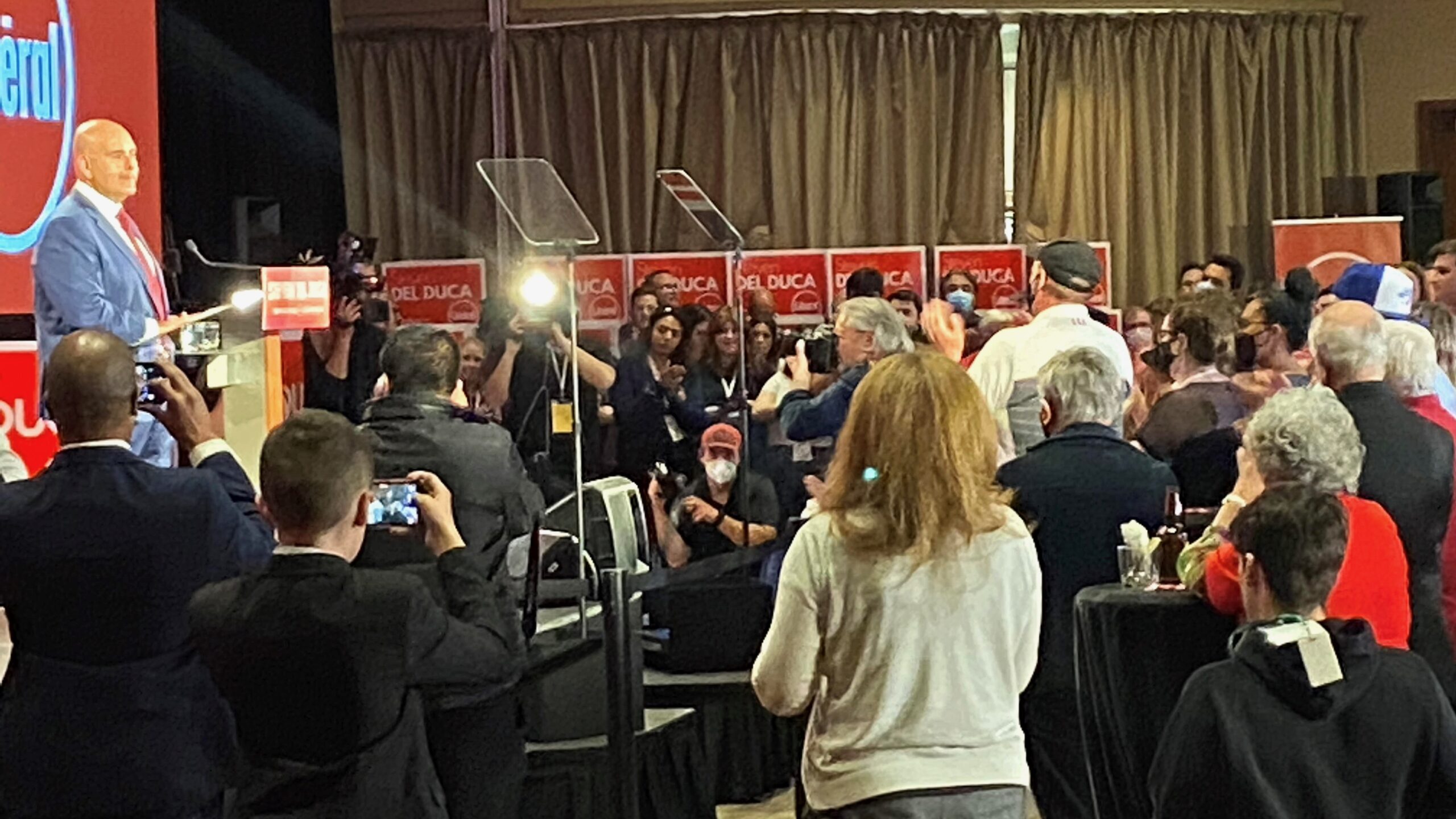 By Malav Contractor and Shreya Jain

“This isn’t the outcome we hoped for and worked for,” Del Duca said.

Del Duca thanked all the other major party leaders.

“I want to thank Andrea Horwath, Mike Schreiner and Doug Ford for stepping up and leading your party,” Del Duca said.

He also thanked his family members, supporters and people who worked throughout the election campaign.

“I have no doubt the women and men the Ontario Liberals have elected to the legislature will do their part in fact do more than their part to help grow a new and energetic progressive movement here in Ontario,” Del Duca said.

The Canadian Press declared PC incumbent Michael Tibollo the winner about 40 minutes into the ballot count in the Vaughan-Woodbridge riding, just north of Toronto.

Del Duca tried to regain the seat he lost in 2018 to Tibollo.

With 15 of 38 polls reporting, Tibollo had a 2,593 vote margin over the Liberal leader.

Tibollo also beat out Will McCarty of the NDP, and Philip James Piluris of Greens.

During the campaign, he promised to deliver rent control, he introduced a plan of $1 per ride transit fares, he guaranteed senior home care, and he promised to raise the minimum wage and boost disability payments if his party forms the government.

He said his party would also use the savings from scrapping the PC government’s proposed Highway 413 project to invest in schools.

Born in Etobicoke to Scottish and Italian immigrant parents, the 48-year-old politician lives in Woodbridge with his wife, Utilia Amaral, and their two daughters.

After graduating in political science and history, Del Duca went to law school and later worked in public affairs with a labour union.

At an early age, he founded a local group called Go Vote Vaughan in 2006 to boost voter turnout in his hometown’s municipal elections and worked on a city task force for democratic reform when Vaughan’s local government had a reputation for dysfunction.

He was elected as the Liberal party’s leader in 2020 after former premier Kathleen Wynne resigned in 2018.

Del Duca served as the Minister of Transportation and later Minister of Economic Development and Growth under Wynne’s tenure.

As transport minister, he was responsible for the largest infrastructure investment in Ontario history, including $29 billion dedicated to transit and transportation.

He has represented the Vaughn-Woodbridge riding since 2012 after winning in a by-election, replacing former Liberal MPP Greg Sorbara, who retired earlier that year.

The most important thing for Del Duca is to regain the status of liberals, which was lost in 2018 when they lost by acquiring 17 seats.

In 2018, after losing their key ridings, liberals couldn’t even stand as the official opposition. Del Duca lost to Tibollo by less than 8,000 votes.