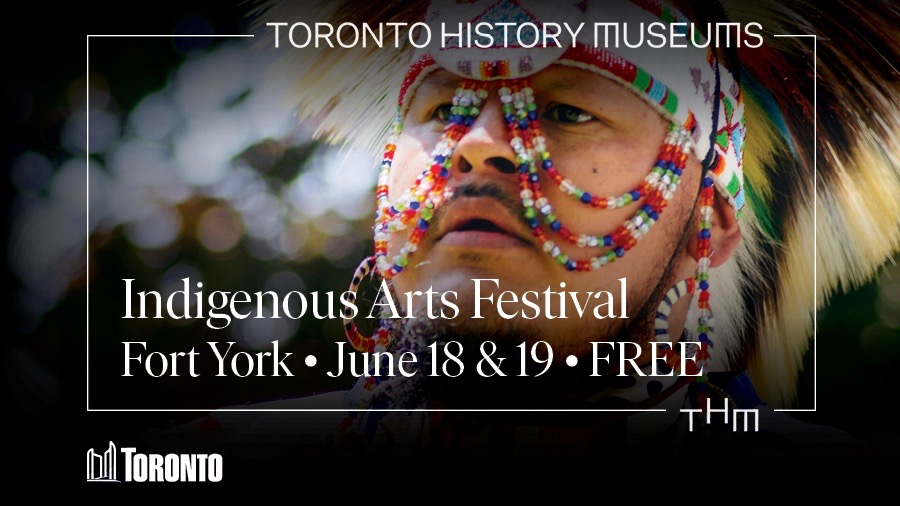 The Indigenous Arts Festival is coming back to Toronto on June 18 and 19 at Fort York presented by the Mississaugas of the Credit First Nation, Na-Me-Res, Dashmaawaan Bemaadzinjin (They Feed the People) and the City of Toronto.

The City of Toronto website said the festival will feature “Indigenous music, dance, artisan and culinary experiences of the First Nations, Inuit and Métis peoples.”

The Na-Me-Res Traditional Pow Wow at Fort York will be held on the first day of the festival after a two year hiatus during the pandemic. The celebration will include drummers, dancers, artisans and vendors.

Steve Teekens, executive director of Na-Me-Res, told Humber News the event is one of the largest for the festival and is rooted in the community’s celebration of the summer solstice on June 21.

“The reason that National Indigenous Peoples Day is on the solstice is that it’s a special time even before our federal government recognized it,” he said. ​​”It’s always been an important day for many First Nations people in a spiritual aspect because that’s the day when the sun is out the longest than any other day in a year.

“After the 21st, the time that the sun is out, it diminishes over time so they would mark that day as the longest day of sunlight by having spiritual gatherings,” Teekens said.

Na-Me-Res, an Indigenous not-for-profit organization specializing in working with Indigenous people experiencing homelessness, began their annual Pow Wow tradition in 2001 in different parks in the city, he said.

As the event grew, Na-Me-Res later partnered with the Indigenous Arts Festival.

“It’s been an event that’s been growing over the years and it’s just an opportunity to invite Indigenous and non-Indigenous communities,” Teekens said.

He said participants can expect to see First Nations drumming and dancers of all genders and ages at the Pow Wow.

“The regalia that they wear will be representing various styles from different First Nations across Canada,” Teekens said. “A lot of the regalia you’ll see will have very intricate beadwork and beautiful colours and designs on it and it’ll be quite the spectacle to see.”

“Residents are encouraged to take this time to learn more about Indigenous histories, communities and the contributions Indigenous peoples have made, their vibrant and distinct culture, and their beautiful languages,” Tory stated in a June 1 news release.

Teekens said the free event is open to all who wish to attend.

“I just want them to come with open minds and hopefully walk away with good feelings in their heart and that they’ve had a nice time celebrating hopefully with their family or significant others,” he said.