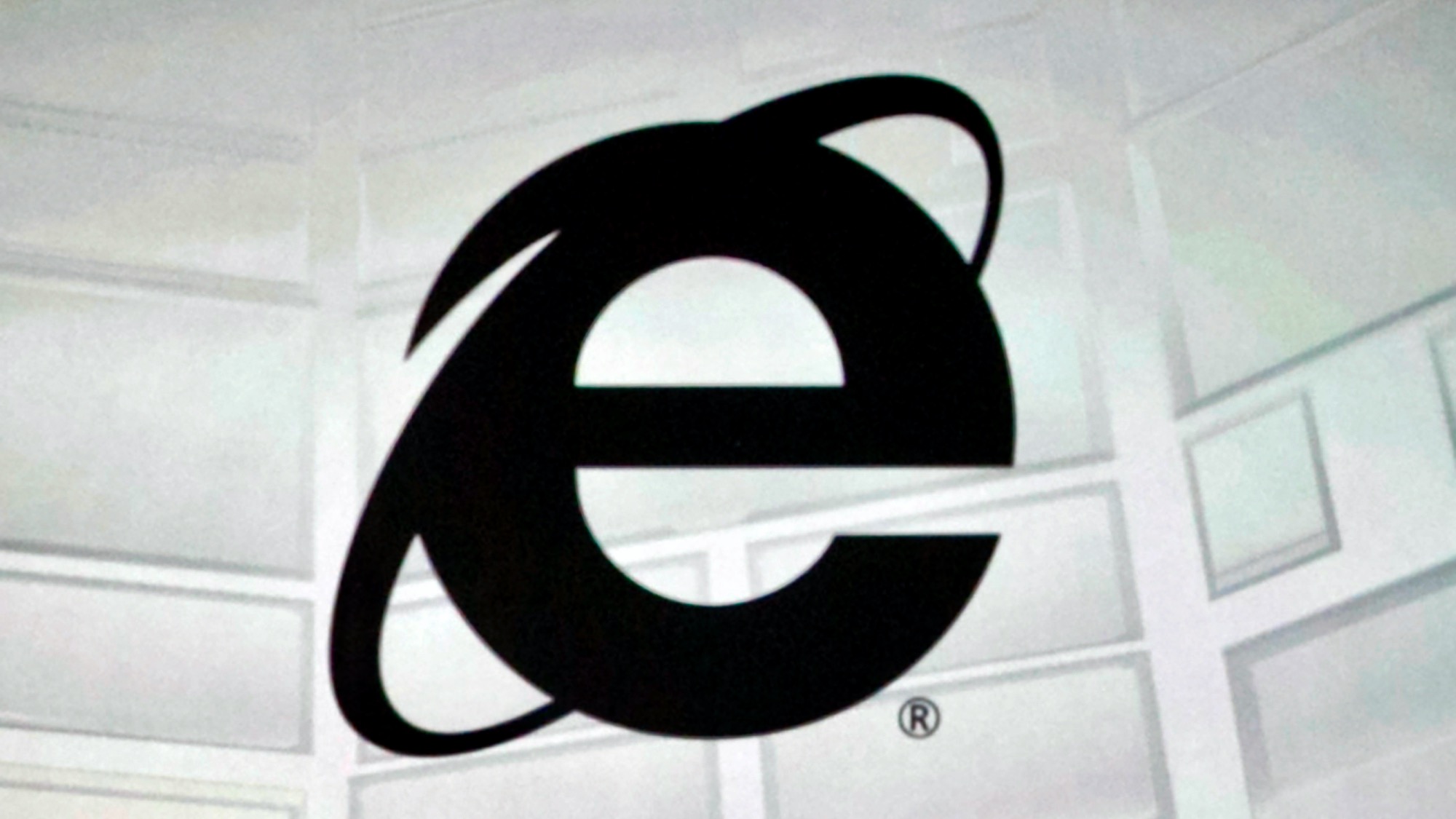 Microsoft officially retired the Internet Explorer browser and stopped supporting it as of yesterday, which means it won’t be integrated with their new devices or receive new security or system updates.

The company gave a one-year notice to its users, which includes consumers and organizations, to prepare for the transition on June 15, 2022.

Microsoft released the first version of IE in 1995 and it quickly became one of the most popular internet navigators. Version 11 was launched in 2013 and it remained active until today. IE would have turned 27 years next August.

The browser will be replaced with Microsoft Edge, a modern navigator launched in 2015 that already has an Internet Explorer Mode.

General manager of Microsoft Edge, Sean Lyndersay, said the story of IE is in many ways the story of the internet but that doesn’t mean keeping a non-viable product.

Users will still see the IE icon on their devices, but websites and platforms will redirect users to the Edge browser instead. This transition will last until 2029 when all Internet Explorer desktop application icons will be removed.

Passwords, favorites, browsing history, and cookies could be imported from IE to Edge with the Settings option as part of the redirection process. 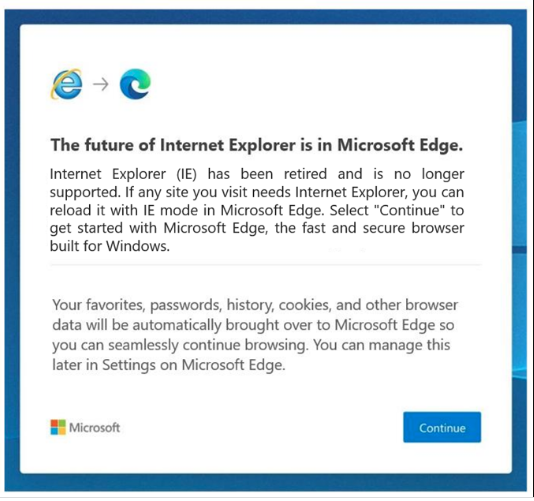 Users will be redirected to Microsoft Edge when trying to use Internet Explorer. Photo credit: Credit: Microsoft.com

Lyndersay said Edge will provide a path to the web’s future while still respecting the web’s past.

“Change was necessary, but we didn’t want to leave reliable, still-functioning websites and applications behind,” he said.

Microsoft offers a guide for organizations in industries like healthcare, manufacturing, and even local government that use older, legacy sites as part of their normal business processes to help them with the transition.

Today the Chrome navigator by Google dominates with 64.9 per cent of the browser market share worldwide, followed by Apple’s Safari with 19 per cent. Microsoft’s Edge has a 3.9 per cent share, Firefox with 3.2 per cent, Samsung Internet with 2.8 per cent, and Opera with 2.1 per cent, according to real-time web analytics services, Statcounter.

Lyndersay said the new version of Edge released in January 2020 is the “best browser for Windows.”