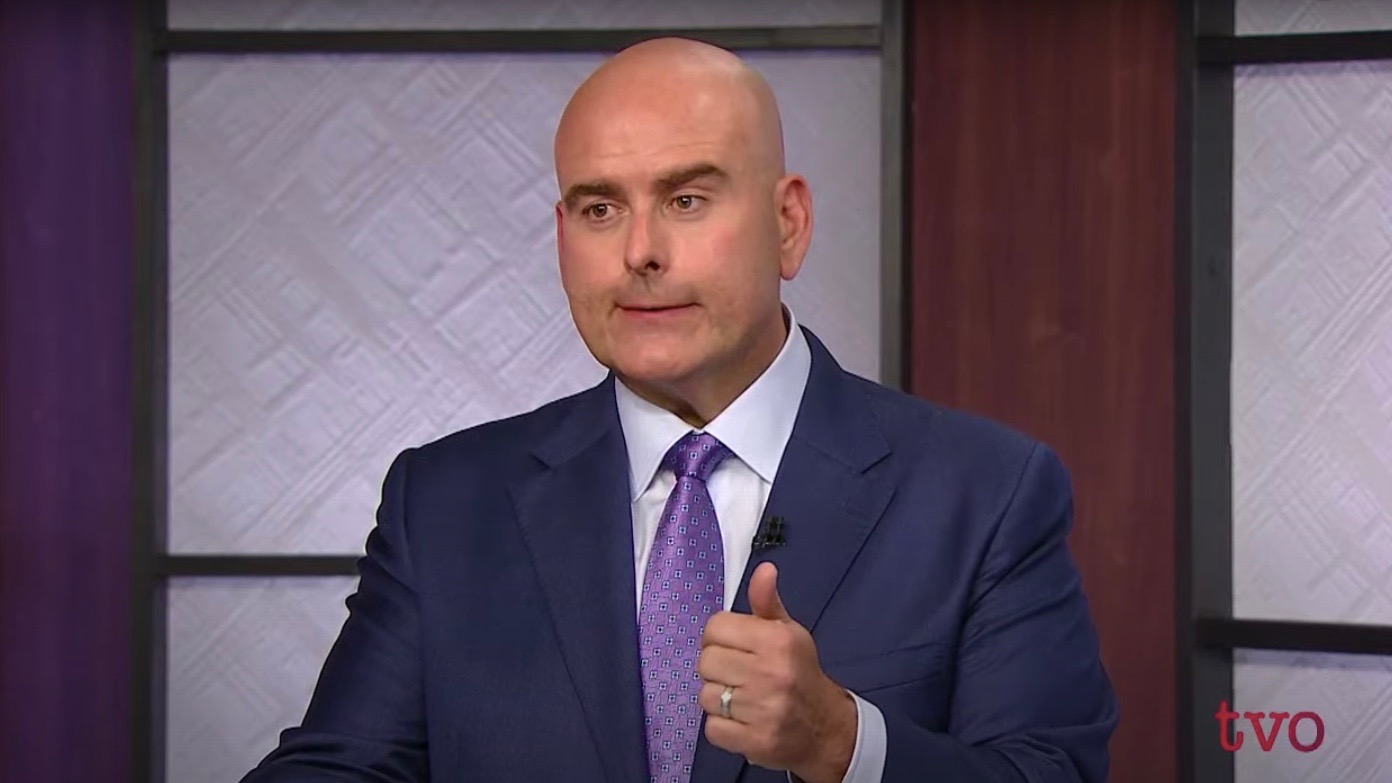 By Vina Nguyen and Janice Saji

Del Duca emphasized his party’s plan for public education, healthcare and affordability while attacking Ford at several points throughout the night.

He focused on the Ontario Liberals’ plan to invest in public systems over private, particularly with education.

“It begs the question of whether or not he’s actually spoken to a teacher, a student, or a parent outside of photo-ops in schools,” he said.

He also reiterated his party’s promise to scrap Hwy 413 and instead use the money to build and repair schools.

Later on in the debate, Del Duca took a personal shot at Ford’s lack of attendance at the legislature.

“When you don’t show up for work 82 per cent of the time, you lose your job and tonight Mr. Ford, you should lose yours on June second and you will lose.”

And healthcare was also a major topic of discussion between the four leaders.

Del Duca said the Liberals will invest a billion dollars to implement a “forward looking plan” to increase MRIs and CT scan equipment.

He also took aim at Ford’s failure to address Ontario’s clean energy needs, saying there would be a 600 per cent increase in fossil fuel prices under Ford.

“This is what happens under a leadership that doesn’t have the capacity to lead,” Del Duca said.

While Del Duca focused much of his biting remarks on Ford, he took the time to address critiques coming from the Ontario New Democratic Party leader Andrea Horwath.

“Respectfully Ms. Horwath, we’re not here to fight the 2018 election again,” he said. “There are new challenges facing Ontario because of how the Ford conservatives walked away from responsibility.”

“Every time you attack me as you’ve done for a year, Doug Ford smiles,” Del Duca said.

In his closing statement, Del Duca said leaders, despite best efforts, fall into the trap of not listening to the people’s needs. He said he learned this lesson in 2018 which was not an easy year “politically and personally.”

He ended the evening saying he will work for students, elders, and all economic groups in Ontario.