‘We are the only party that says yes,’ says Doug Ford in Ontario leaders’ debate 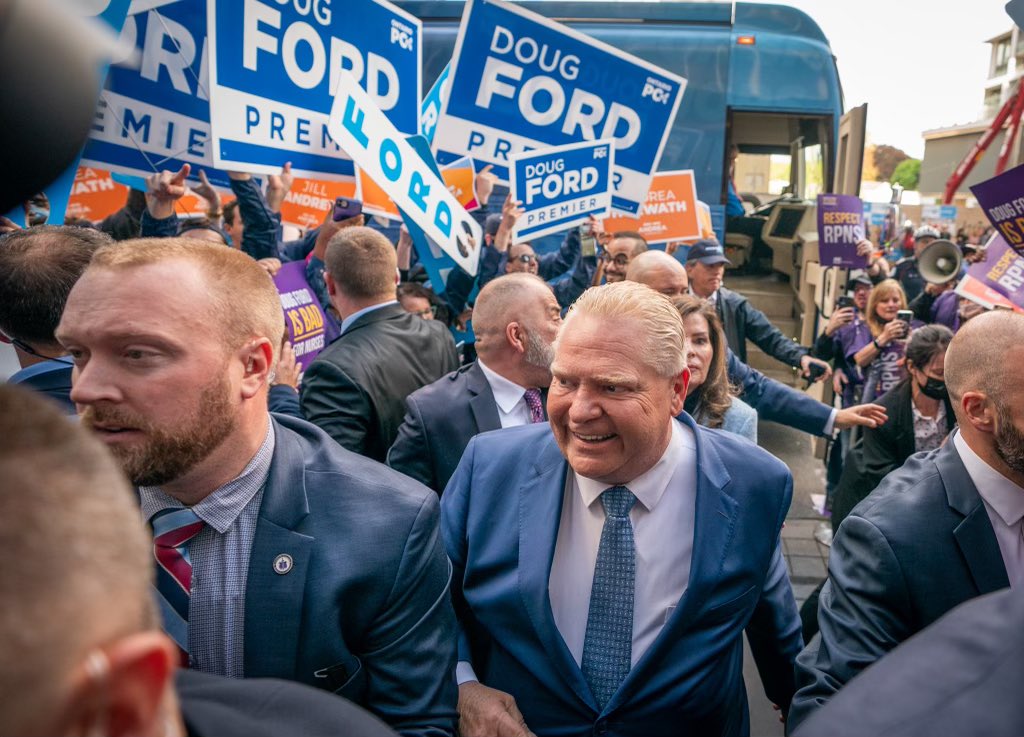 By Nitika Mishra and Shreya Jain

In his opening statement, Ford said his party has a record supporting the economy of Ontario.

“We are the only party saying yes. We are saying yes to rebuilding the economy with better and bigger paycheque,” he said.

“We are investing back into healthcare workers, over $40 billion in new hospitals, and 50 projects across the region,” Ford said.

The PC leader said that the biggest challenge his government faced while dealing with COVID 19 was the lack of PPE and he said that Del Duca, when he was in the previous Liberal government, didn’t restock them.

“I gave a shout out to industries and within two days 26,000 companies came online on our portal.”

Ford said his party, if re-elected, is planning to hire thousands of doctors and nurses.

“We are paying for nurses’ tuition fees and their books. We are making sure they get $5,000 retention pay which is on the average 7.6 per cent increase.”

Ford also defended his plan to build Hwy 413 northwest of Toronto and said “We need transportation to get from one point of the province to another, making sure goods are flowing.”

He said that, under the leadership of the Liberal government, the economy was going downhill.

He also focused on job opportunities and the mental health of children.

“The purpose is to make sure kids are prepared for the jobs once they get out of school. We changed the curriculum to make sure we are focused on finance and create jobs,”

He said his government is building 100 new schools and investing over $14 billion in technology for kids.

“We are creating an environment for kids to go to a brand new school with the greatest technology,” said Ford, “We are also hiring 3,000 new teachers this year alone and increasing our spending by $600 million.”

While addressing issues of hate crime and racism in Ontario, Ford said that he will not tolerate any kind of racism.

“We are actually putting millions of dollars of funding towards helping different communities in support to make sure outside of their say mosque, they can have funds to have security there,” said Ford.

Ford was asked as the debate ended about his biggest regret.

“I wish I would have run four years earlier. Then we wouldn’t have to deal with all the mishaps that happened under the Liberal, NDP government,” said Ford.

In his closing statement, he said, “You can vote for PCs that have a vision and plans to continue with prosperity throughout this whole province. Folks, I’m asking for your vote on June 2nd.”