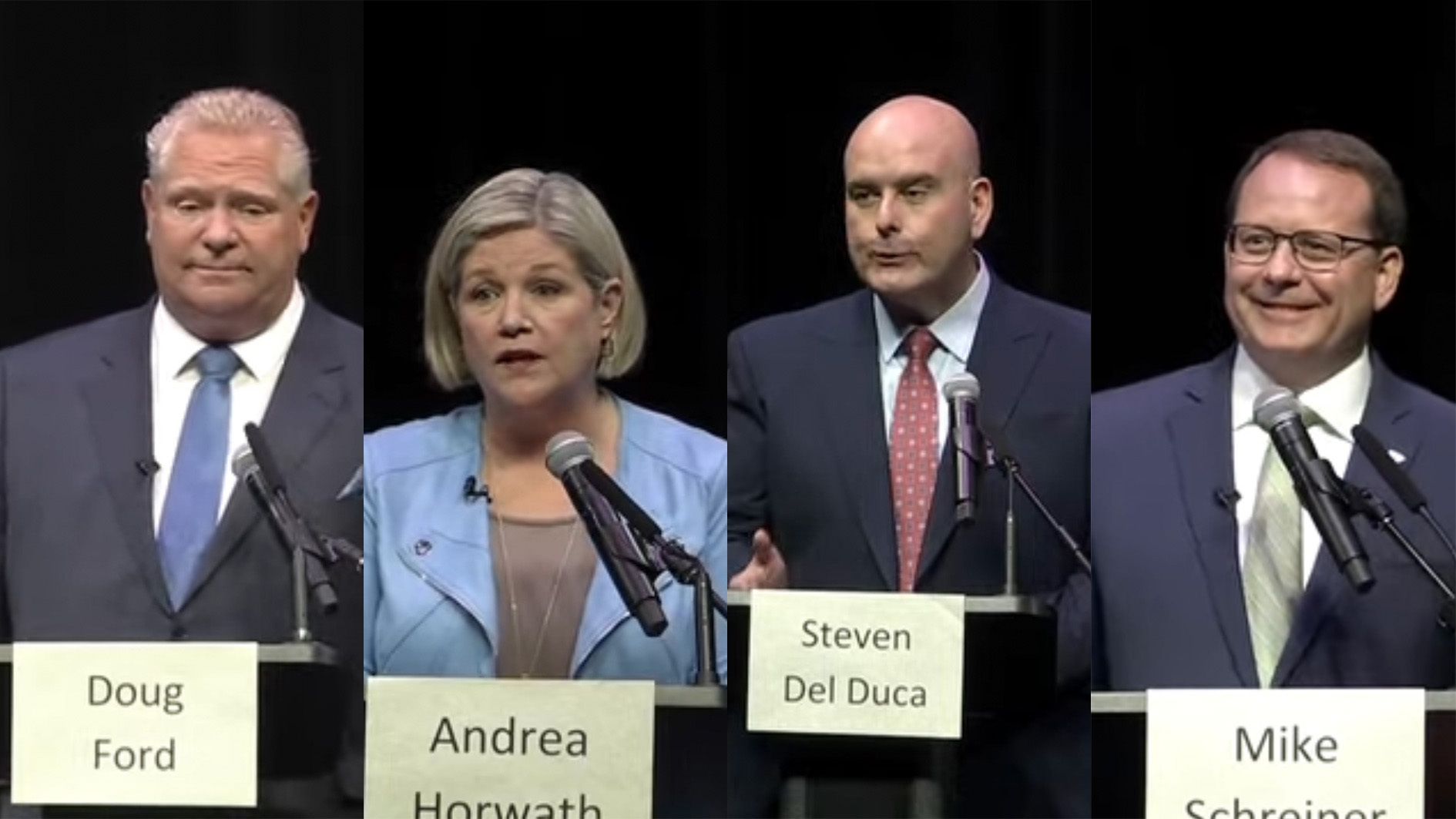 The leaders met on stage of the Capitol Centre in the early afternoon to answer questions put together by the Federation of Northern Ontario Municipalities.

The questions were meant to be of particular important to rural Ontario.

The debate format saw five questions asked, with each leader given two minutes to respond, with an open period after for a discussion on related topics.

A big focus of the debate was empowering municipalities to address unique issues across Northern Ontario, with the first question being about municipal revenue tools.

Progressive Conservative leader Doug Ford answered by saying he has never been in favour of increasing taxes.

All parties said they would continue to invest in improving highways in Northern Ontario, as well as bring back the Northlander to bring train service up to Timmins, Ont.

Del Duca was targeted by the other parties for his party previously cancelling the service when in power, and Horwath was blamed by Ford for propping up former Liberal governments.

Ford was accused by Horwath of recycling unfulfilled campaign promises from 2018.

“It’s pretty interesting when I know that some of the promises that Mr. Ford is making are the same ones that were in his last platform and he hasn’t gotten around to those things,” she said.

Schreiner also promised to invest in electric charging stations in the are to reduce costs as gas prices rise.

“It costs me about five dollars to fill up my electric vehicle,” he said. “Meanwhile drivers are paying over $100 to fill up their cars with gasoline.”

The candidates were asked if they would create a Northern Centre of Excellence for Mental Health and Addiction, a recommendation from a report by the Northern Policy Institute to address the unique needs in rural Ontario.

Schreiner answered with a yes, while the rest of the candidates said they would work with municipalities to address health care issues.

North Bay journalist Stu Campaigne, who covers City Hall for BayToday news and was at the debate, said he felt all leaders made good points, with much of the attacks going towards the Progressive Conservative leader.

“Doug Ford not only withstood their barbs, but he also made his own platform very clear” he told Humber News.

Campaigne said while there were clear time constraints, he would have liked more answers on the mental health and addiction crisis which is hitting rural Ontario especially hard.

This, along with road safety, are major issues for Northern Ontario, he said.

“People are dying on the highways in the north and there’s really no reason for it,” he said. “The fact they’re going to restore the train shouldn’t make our highways less important.”

All party leaders have been in Northern Ontario this week announcing campaign promises for the region and supporting the local candidates.

The second and final Ontario leaders’ debate will take place Monday May 16.