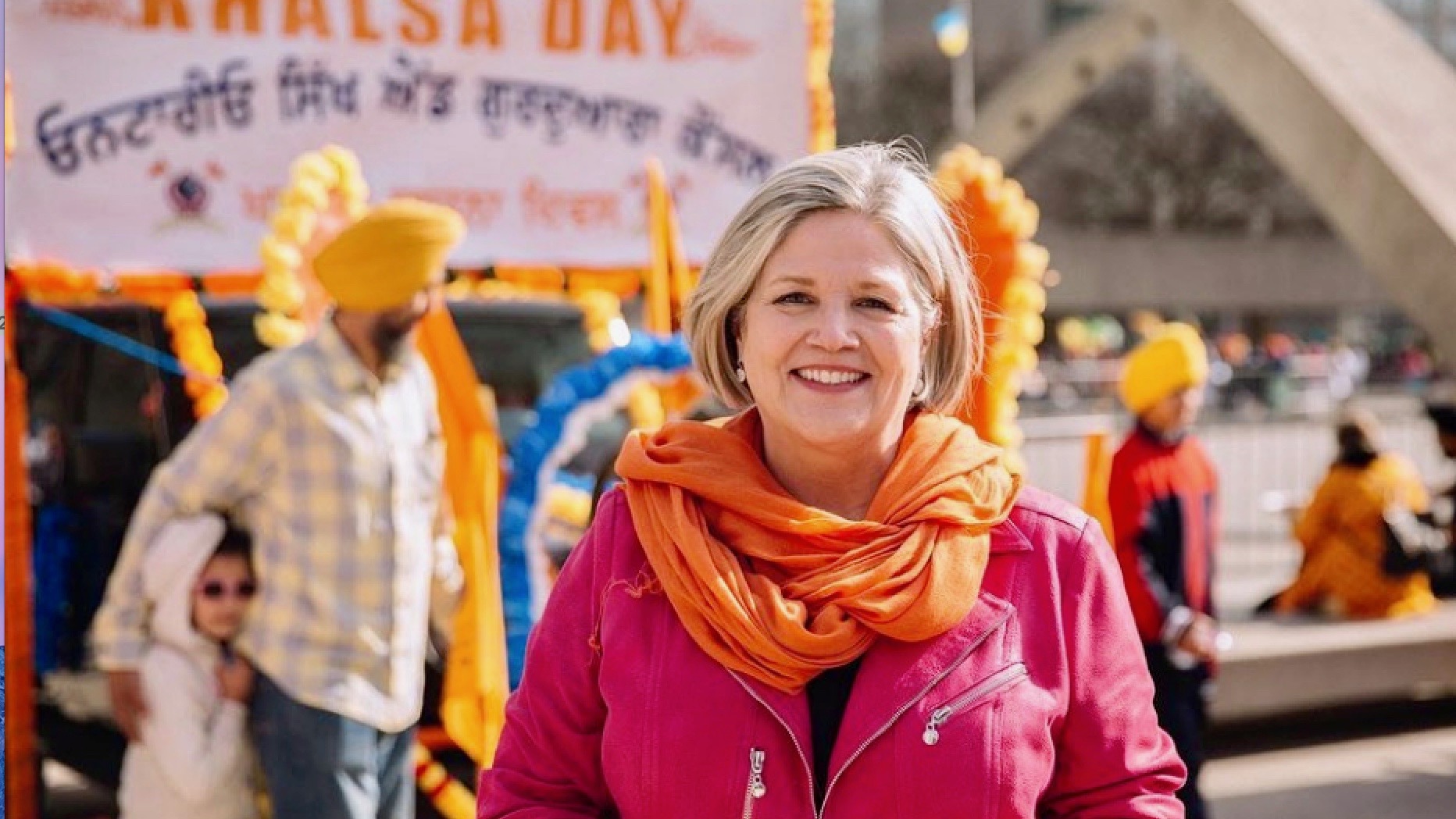 By Kimia Afshar and Risi Bello

Ontario New Democratic Party leader Andrea Horwath is leading her party in a provincial election for the fourth time, and a political expert told Humber News that it may be her last run.

Since being elected as party leader in 2009, Horwath has attempted to gain popularity among Ontarians with hopes of defeating the Ontario Progressive Conservatives and the Liberals.

The NDP campaign motto is “they broke it, we’ll fix it,” and tries to position Horwath as the only candidate capable of beating Ford out of office.

At 59 years old, Horwath is the oldest of the four main provincial party leaders and the first woman to lead the Ontario NDP.

Horwath was born on Oct. 24, 1962 in Hamilton, Ont., to a Hungarian father and French and Irish mother.

She completed a Bachelor of Arts in Labour Studies from McMaster University.

Throughout her university career, Horwarth worked part-time as a waitress to pay for her education fees.

During her time at McMaster, Horwath met Hamilton businessman Ben Leonetti and together they had a son Julian in 1992.

In the 1997 federal election, Horwath was the NDP candidate against incumbent Liberal Stan Keyes in the riding of Hamilton West.

Ultimately, she fell short of winning but her second place finish was an improvement on previous NDP efforts to win.

In the 2004 provincial by-election, Horwath was elected to the Legislative Assembly of Ontario, beating Liberal candidate Ralph Agostino in Hamilton Centre.

The landslide victory secured the NDP’s official party status in the legislature.

In the 2007 provincial election, Horwath ran in the redistricted riding of Hamilton Centre, and won 63.6 per cent of the vote.

In November 2008, Horwath launched her campaign to the win Ontario NDP’s party leadership. She won on the third ballot with 60.4 per cent of the vote, defeating Peter Tabuns, Gilles Bisson and Michael Prue.

The 2011 provincial election saw a rise in popularity for the NDP. Under Horwath, the party won more than 20 per cent of the popular vote for the first time since 1995.

After the 2014 election, the NDP managed to snag four more seats under Horwath, representing 21 seats out of the legislature’s 107 members.

The NDP maintained 40 seats and Horwath became Leader of the Official Opposition during the 42nd Parliament.

Horwath has a number of obstacles standing in the way of an NDP victory this upcoming provincial election.

This election constitutes Horwath’s fourth run for premier, and while her name carries strong recognition across the province, PC and Liberal campaigns are painting her as a leader who will always come short.

University of Toronto political science professor Nelson Wiseman said he does not believe the NDP can change their position in the upcoming election.

“It is her fourth time running and very well her last,” Wiseman said. “The other parties have a stronger brand which the NDP don’t.”

Another challenge facing Horwath is her long reign as NDP party leader.

Wiseman said while people across Ontario are familiar with Horwath, her future as party leader looks bleak.

He said if another NDP candidate replaced Horwath, the success of the party may be more palpable.

“Had Jagmeet Singh not gone federally, he probably would have become the next leader of the Ontario NDP,” Wiseman said.

While PCs are favoured for another majority, the NDP continues to be most popular amongst young adults 18-34.

Wiseman said this popularity is not significant since this age cohort is the least likely to head to the polls.

“Most people who vote NDP will keeping voting NDP,” he said. “There just aren’t enough of them for the NDP and their powerful message.”

The NDP’s hope for victory relies on holding seats won in 2018, as well as flipping ten or 11 ridings where the party lost by five per cent or less to PC candidates.

The provincial election falls on June 2.