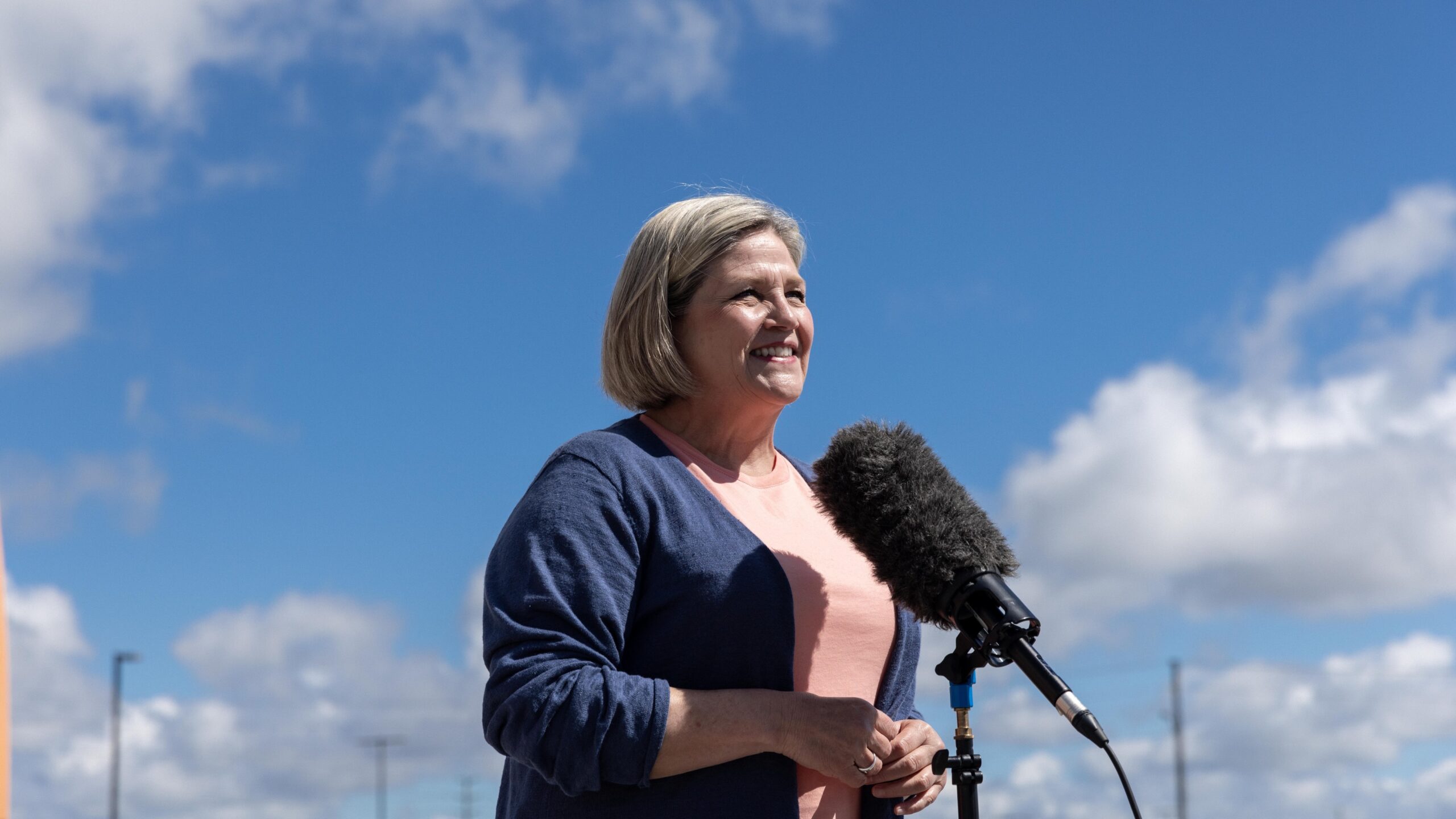 She announced a series of proposals to strengthen the healthcare system if the party is elected as the government on June 2 during a rally in Ottawa.

“Our plan will not only work but will make a difference,” Horwath said.

The NDP leader criticized the Progressive Conservatives and the Liberals, blaming them for the current scenario of the healthcare services, including the reduction of the nursing staff and the cutting of hospital budgets.

“If you want to stop the cuts and fix health care, I want you to know that together we can do it,” Horwath said.

The NDP’s plans include scrapping Bill 124, which limited pay increases to nurses at one per cent per year, creating new jobs for recently retired nurses, and addressing violence against healthcare workers.

Horwath said she would hire 30,000 nurses and 10,000 personal support workers throughout the province.

She said that includes filling 247 current nurse vacancies in Ottawa hospitals and hiring 2,050 nurses for the city during her first term if elected.

If elected, Horwath will also add treatments — such as blood screening for cancer — to be covered under the Ontario Health Insurance Policy (OHIP).

Ontario Nursing Association’s Region 3 Vice President DJ Sanderson is happy with the NDP framework and said the NDP is the first to have a resonating plan that addresses the issues around health care.

“She’s actually speaking very clearly that she’s looking to invest and correct this nursing shortage that’s been going on for far too long in Ontario,” he said.

Sanderson is happy with most of the NDP initiatives, which include the removal of Bill 124.

“To put these sorts of restrictions that are not in any way, shape or form, denying us of our right to freely collectively bargain with the employer is absolutely atrocious,” he said.

Sanderson said he believes the party’s plan to address the issues including the violence in healthcare facilities and mental health for the nurses is really concerning and is not addressed by other parties properly.

“The stress, the tension, the burden that’s going on amongst healthcare professionals and nurses is just astronomical,” he said.

Professor Raisa Deber, with the department of public health at the University of Toronto, said while some things are new but there are many similar things that most parties in the elections agree on.

“It’s such a hodgepodge of things in there,” she said.

Many things need to be focused on which depends if the party is elected and how many changes they make according to their plan but she agrees with the increased funding for hospitals and long-term care facilities.