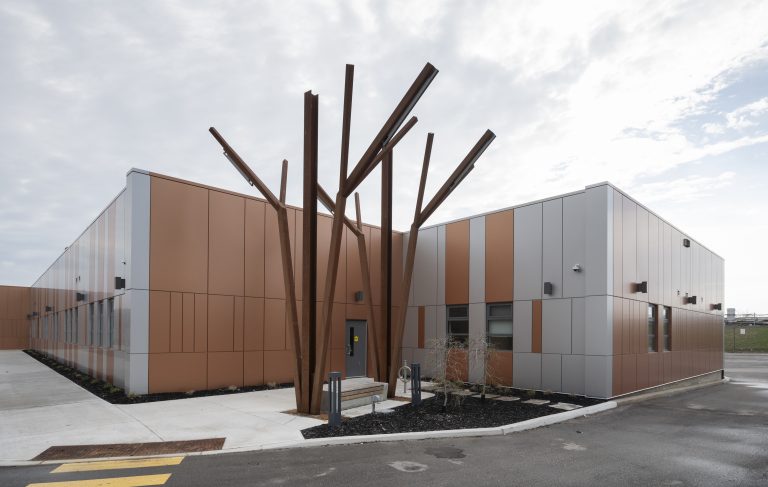 Celebrations commenced this week for a new shelter initiative in Scarborough, but behind the scenes, advocates are concerned about an increasing lack of available beds for unhoused residents in the downtown core.

The announcement and celebration of the new shelter at 705 Progress Ave, which is part of the George Street Revitalization Project, is somewhat overshadowed by the closure of Seaton House, Toronto’s largest and one of its longest standing men’s shelters.

A future project is also planned at 2299 Dundas St. W, however the combined capacity of these four sites is only a maximum of 303 beds.

According to the Toronto Shelter, Support and Housing Administration, Seaton House is a 93,200 square foot facility and currently has 581 beds, serving thousands of individuals within a one-year timeframe.

The closure of Seaton House will affect other shelter organizations and services in the City of Toronto and surrounding areas.

Mike Burnett is a representative for the Youth Without Shelter (YWS) organization, which provides safe refuge for individuals aged 16-24 who are lacking a permanent residence.

“As an organization this closure will affect us.”

“Some youth that have come to YWS did reside at Seaton House prior to their arrival at our facility; this was mostly due to the overwhelming number of youths entering into and occupying youth shelter beds currently,” Burnett explained.

The George Street Revitalization project is described on the City of Toronto website as a program which aims to integrate services for vulnerable people and the broader community.

The shelter at 705 Progress Ave is a state of the art facility and will provide pet-friendly emergency shelter and support services, including support with developing permanent housing plans for residents.

Mayor John Tory described the shelter as a positive step for providing support services to individuals in need, however it’s currently unclear where the additional residents of Seaton House will end up, with the new shelter at 705 Progress Ave only opening with a total of 63 beds.

“The City continues to help vulnerable people access safe emergency shelter and that they are assisted in finding permanent housing as quickly as possible,”

Tory said in a press release, “This new shelter at 705 Progress Ave. will provide critical shelter and support services to individuals coming from Seaton House during the next phase of the George Street Revitalization project.”

However, the press release for the project also clearly states that the plan includes replacing the existing Seaton House men’s shelter with a smaller emergency shelter, which does not align with the increasing demand for shelter services in the GTA.