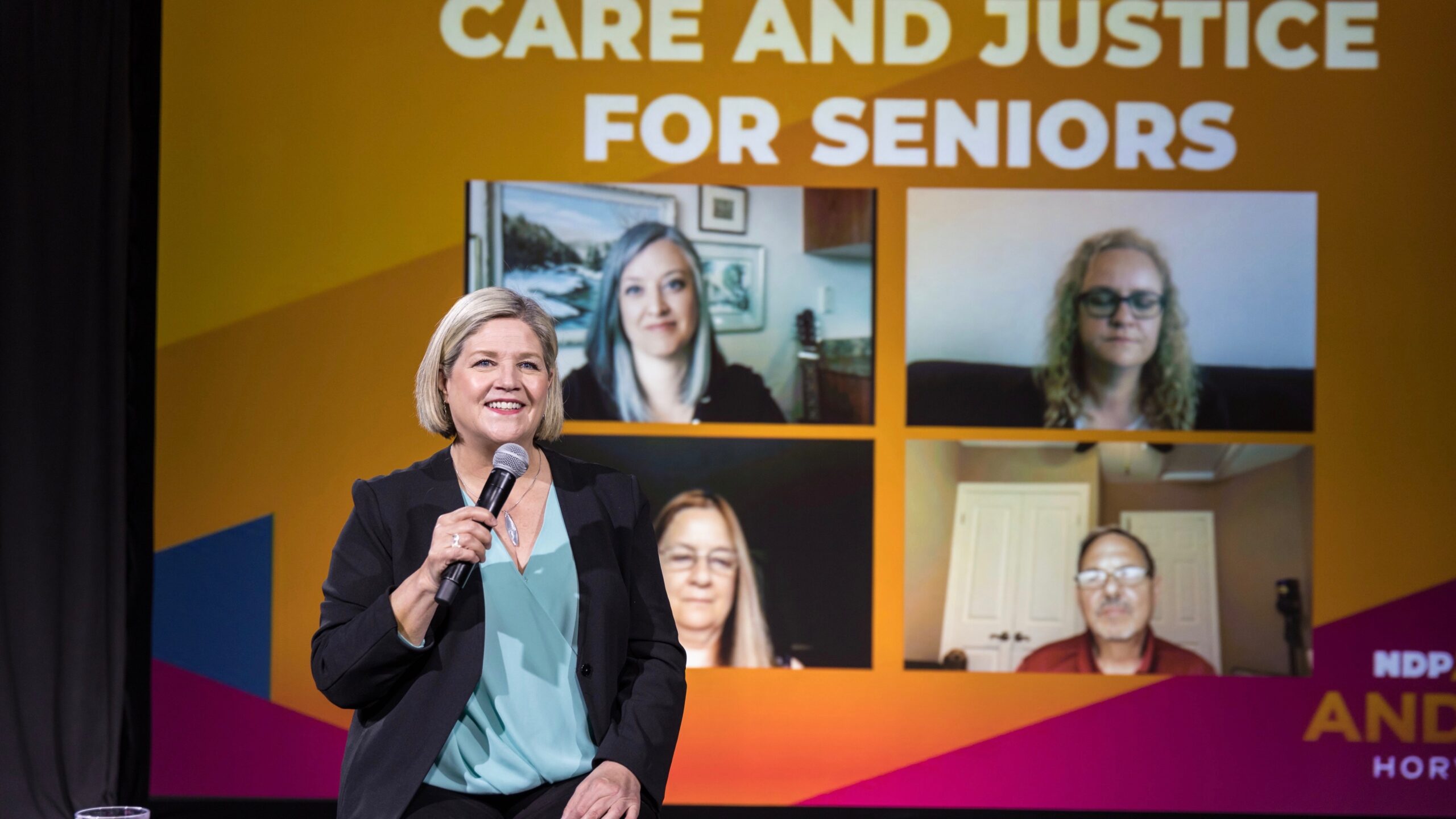 “This election is our shot to finally fix seniors’ care in Ontario,” she said at a campaign event ahead of the June 2 provincial election.

Horwath said during a press conference this morning in Pickering that she would focus on “getting the profits out and the care back in” long-term care homes.

The NDP leader also criticized the Ford government’s plans to give 30-year contracts to for-profit companies and shield them from being sued by families seeking justice for negligence in long-term care homes through Bill 218.

The legislation “raises the bar in terms of what is considered negligence on behalf of a for-profit long-term care facility,” Dr. Amit Arya, a palliative care physician at Kensington Gardens and co-founder of the advocacy group Doctors for Justice in LTC said.

“It reflects to me a complete lack of transparency and accountability in the entire long-term care sector,” he told Humber News on Tuesday.

Horwath blamed “Ford and his buddies” for “reaping profits” off of seniors in long-term care. She promised to create what she called a “justice fund” to provide financial help for families seeking legal justice and make sure “the right to sue is reinstated.”

Cathryn Hoy, RN, president of the Ontario Nurses’ Association said in an emailed statement to Humber News the deaths of more than 4,400 residents in long-term care during COVID-19 is a key fact to remember during the election.

“I have heard little talk on the campaign trail from the PC party about what they would enact to ensure this never happens again,” she said. “The Ford government’s utter failure to protect the residents and staff in long-term care homes from COVID-19 is tragic and was preventable.”

Horwath said the situation in 2020 at the Orchard Villa long-term care facility in Pickering revealed the kinds of “horrors” that residents in many places experienced during COVID-19.

A report from the Canadian Armed Forces found that Orchard Villa residents were living among rotting food and old food trays while some were left in soiled diapers.

“Now is the time Ontario needs to remember this happened,” Horwath said. “People are not getting the quality care they need and deserve in long-term care.”

Horwath also said the Ontario Liberals failed to address issues in the system while in power for 15 years.

“The only party that’s going to fix challenges we have in long-term care is the NDP,” she said.

Arya also said the Progressive Conservatives are moving in the wrong direction while the Liberals and the NDP have committed to ending for-profit long-term care.

But he said while changing the current system is important, all political parties should be investing in home care as well.

“This goes far beyond a campaign or campaign promises,” he said. “We need immediate action, but we also need sustained action to ensure that important changes occur,” he added.

In other news, Horwath said she tested negative for COVID-19 on Tuesday after testing positive last week and isolating. She said she had a sniffly nose in the morning but will be back out on the campaign trail on Wednesday.