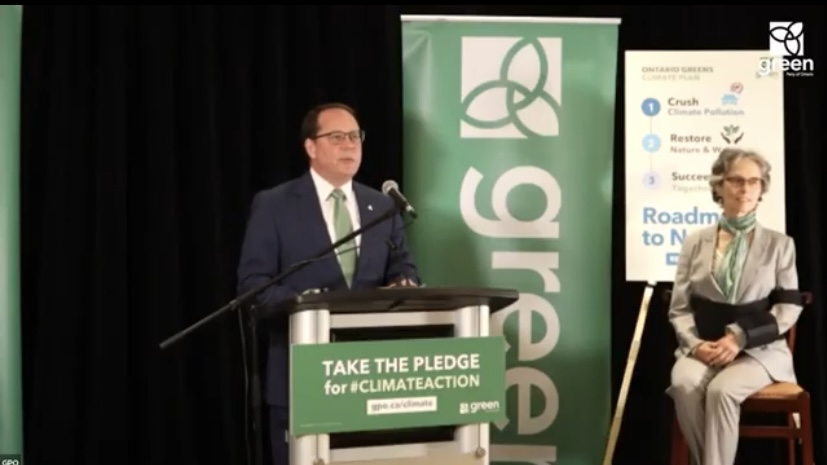 Schreiner said the goal of the platform is to “welcome new solutions to old problems” by focusing on six key points:

He added climate will remain the party’s biggest focus, with plans to introduce a climate budget and make the province net-zero by 2045.

“Every day that Ontario fails to invest in the growing green economy we are missing out on opportunities to create new businesses and careers that change the economy and people’s lives,” Schreiner said.

With inflation at an all-time high and housing market prices rapidly increasing, Schreiner vowed to spend a billion dollars a year to build 160,000 new affordable rental homes, including 60,000 supportive homes.

Schreiner said treating substance abuse as a substance issue rather than a criminal justice issue would be more effective in reducing substance use.

Plans to reverse the Ontario Progressive Conservative cuts in education were also mentioned in the platform.

Schreiner said “After years of underinvestment in our post-secondary institutions, we will make the investments necessary so our college and universities regain their world-class status and have the proper tools we need to educate our future.”

Schreiner said to give more students more financial support during their post-secondary education and room for financial growth, the Green party will reverse Doug Ford’s OSAP cuts and change loans to grants to reverse debt.

More details on the Green party’s platform can be found at www.gpo.ca/platform