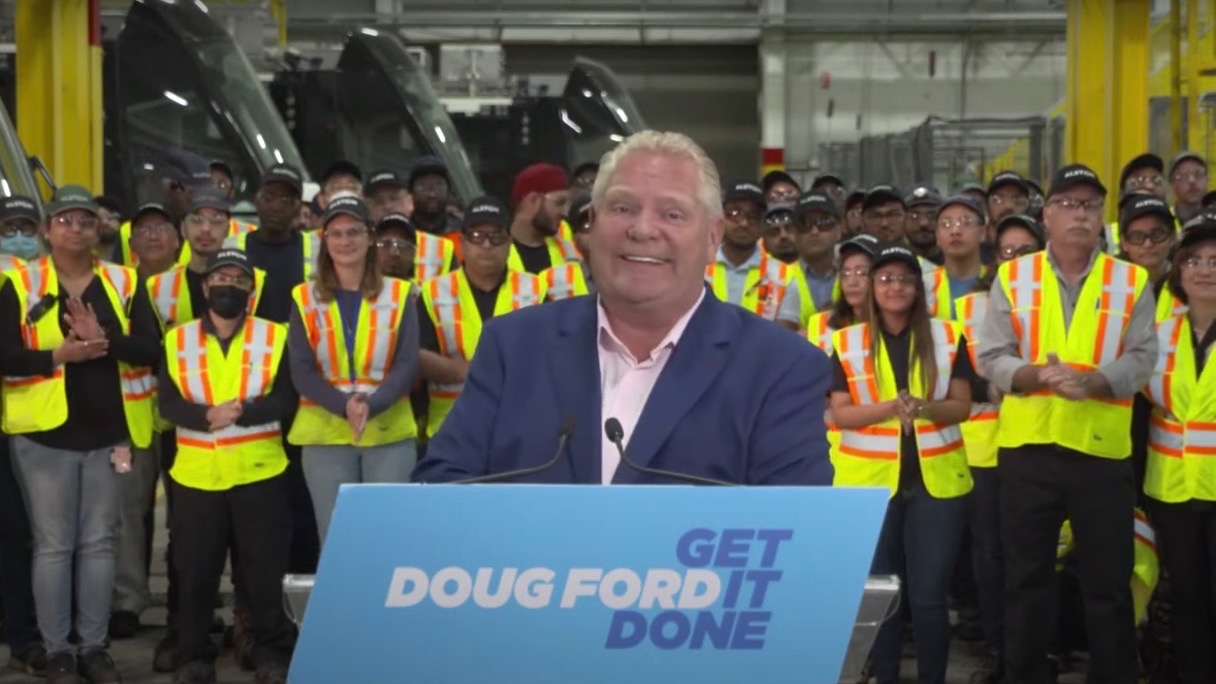 With the end of Ontario’s election campaign nine days away, Ontario Progressive Conservative Party leader Doug Ford on Tuesday announced a $86.6 billion investment over the next 10 years to build and expand roads, highways, and public transit infrastructure across the province.

Ford, speaking in Brampton, said his opponents are making Ontarians choose between highways and subways.

As for NDP leader Andrea Horwath, Ford said she “would rather protest a highway to build one.”

The Progressive Conservative leader said $25 billion will go to the construction of Highway 413 and the Bradford Bypass to reduce traffic and gridlock in the GTA.

Highway 413 would connect the northern and western parts of the GTA from the existing Highway 400 to the interchange of highways 401 and 407.

And the Bradford Bypass would be a 16 km that connects Highways 400 and 404, two often congested main roads used to go north.

Ford said gridlock is forecast to worsen over the coming decade as population will grow by two and a half million people in Ontario. The province’s Ministry of Transportation said by 2051 travel time on Highway 401 will double.

When asked at a press conference what’s he doing to prevent climate change, Ford said his strategy is to take people out of the cars by investing in public transit and building highways “to get people home quicker, that they don’t have to sit in gridlock and smell someone else’s fumes.”

Ford also spoke of the $132 million investment announcement in funding for Honda to retool its plant to build low- and electric cars with the federal government.

“I believe in climate change, let’s make that clear,” he said.

On day 21 of the campaign trial, the PC’s leader is leading the polls with 36 per cent according to the CBC poll tracker.