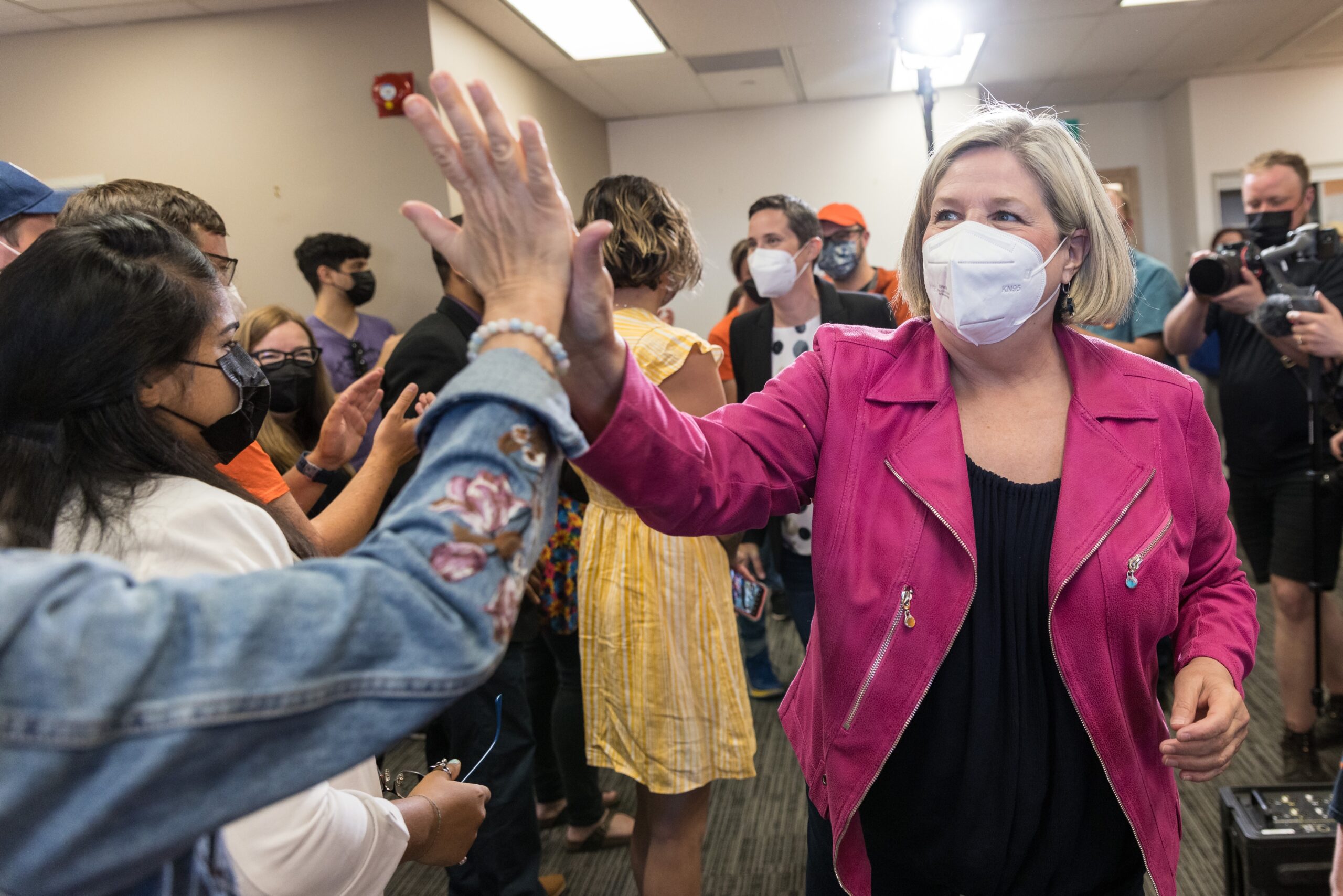 Both Horwath and Schreiner are in isolation and will adjust their campaigns. Horwath said that she will reschedule her travels to Northern Ontario during a press conference.

“It’s very troubling that this happened now because my big tour to Northern Ontario was supposed to start today, and I’m really regretful that that’s been turned around,” she said.

As for her health, Horwath said she’s “got a bit of a bug” and is not feeling “100 per cent.” Schreiner said he felt fine during his morning press conference.

Schreiner also said his team will make adjustments to continue the “momentum” of his campaign. He sent well wishes to Horwath both at the end of his conference and via Twitter afterwards.

Chris Cochrane, an associate professor of Political Science at the University of Toronto, said he thinks it’s unlikely the leader’s cases will affect how voters vote.

“I think the effect that it has would be likely minor and indirect in the sense that it’s just going to interfere with their ability to campaign,” he said.

But Cochrane said a lack of campaigning could potentially lead the Liberal party to make inroads against the NDP as the party most able to unseat Ford’s government.

“And if that happens, as we’ve seen in national elections before, there are people who will vote for a party purely for the purpose of defeating Conservatives,” he said.

According to Cochrane, the problem with strategic voting — voting for one party with the goal of eliminating another — is that people use province-wide polls to inform them.

These polls aren’t always indicative of how parties are doing in a voter’s local riding.

“If the Liberals have a lead province-wide over the NDP then people in their ridings say ‘We’re going to vote Liberal now to defeat the Conservatives’,” he said.

Cochrane said that voters who do this might be within a riding where the NDP is best positioned to beat the local candidate.

“Then you can cause nearly as much damage by trying to vote locally based on province-wide polling numbers,” he said.

Nelson Wiseman, a political science professor at the University of Toronto, said he thinks these cases will have no impact on the election as a whole.

“Isolating will cramp Horwath’s campaigning but will it affect the NDP’s performance?” he said. “I wouldn’t bet that it would — I think most people are going to vote the way they’re going to vote.”