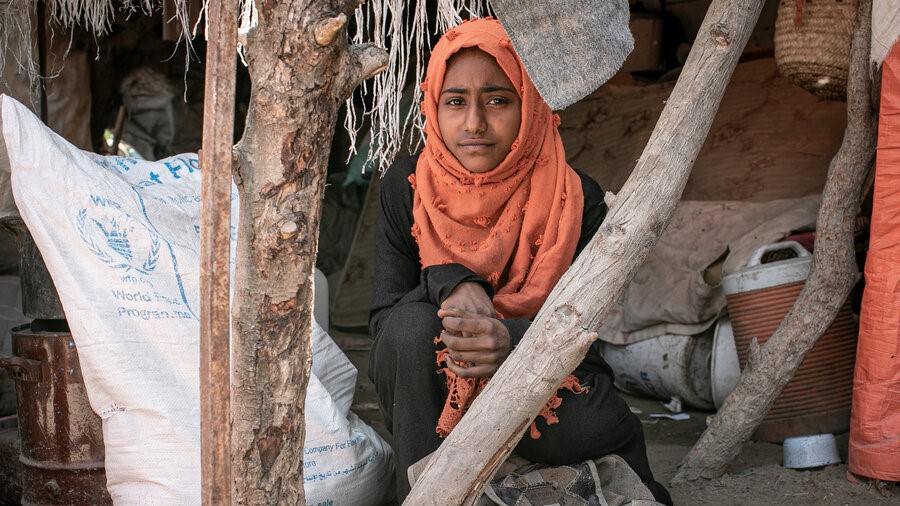 It’s unlikely that the international community will meet May’s deadline to prevent famine and acute malnutrition from reaching “catastrophic” levels in 20 hunger hotspots.

Warnings for urgent humanitarian action were issued by the World Food Program (WFP) in January for 43 million people facing life-threatening food insecurity. Yet calls for immediate life and livelihood-saving assistance have been left unheeded.

“Communities in Yemen, Afghanistan, and the Horn of Africa are starving to death, and the global response has been muted and even much lower than [for] previous food crisis,” said Marwa Awad, spokesperson for the World Food Program (WFP) in South Sudan.

The WFP is asking for more than $8 billion before May to implement an immediate large-scale response to assess “basic food needs” and mitigate the famine-driven death toll.

Half of the funding will be allocated to four hotspots where food insecurity has already scaled up beyond “catastrophic levels,” Awad said.

“Good-standing countries and more NGOs need to help us bring food to communities, or all the funding will never reach those who really need it,” Awad said.

Global Affairs Canada released a $155 million aid package in emergency humanitarian assistance to address the deteriorating food insecurity. The funding was allotted to six organizations, including the WFP, to avert famine and respond to the global food crisis last year.

But the federal government has undertaken no new grants or initiatives since then, disregarding the most recent warning for humanitarian action issued by the WFP and the FAO in January.

The ongoing Russian invasion of Ukraine has occupied Canada’s foreign policy attention, focusing it on international security and humanitarian concerns weighing on NATO countries. Yet Kerr said the international community can’t halt its activities in other international matters as more than 40 million people in 38 countries face life-threatening starvation.

“We are all globally very concerned about what’s happening in Ukraine, but Canada and other countries should step up on both issues,” she said. “People are dying on both flanks.”

Climate change and extreme weather events are also responsible for worsening food insecurity. Seasonal forecasts for the upcoming summer include conditions that could burn or flood crops in the Horn of Africa and the Middle East, as back-to-back seasons of below-average and torrential rains have struck since March, said the WFP, FAO report.

“Canada has a double responsibility for this issue, one as a wealthy country and the other as one of the world’s greatest per-capita polluters,” Kerr said.

The COVID-19-related disruption left families stranded without income, while shortfalls in production raised food prices. The World Bank estimates 97 million more people will fall beneath the poverty line by 2021 after the pandemic, pushing many into food insecurity.

“Poverty is one of the biggest drivers of famine, so solutions need to be tailored to give food away and create more job opportunities,” said Brian Nell, the CEO of Rise Against Hunger Africa.

The not-for-profit organization has worked on sustainable farming projects in the Sahel region and Africa’s Horn.

“These projects are crucial to tackling this issue because famine can turn into a perpetual cycle difficult to escape from,” he said.

Lack of food and foregoing meals have long-term effects, including disrupting children’s education processes which reduce their chances of getting into a post-secondary institution that can bring them a stable job. Unemployment turns the cycle back into the kitchen table, as low income comes with a higher risk of hunger, he said.

Nell said international funding had been used to halt hunger and malnutrition by increasing food availability in struck regions and recovering livelihood opportunities for its residents.

“We can’t rely on local governments to stand against this problem,” Nell said. “We desperately need the international community’s help to stop counting the death.”