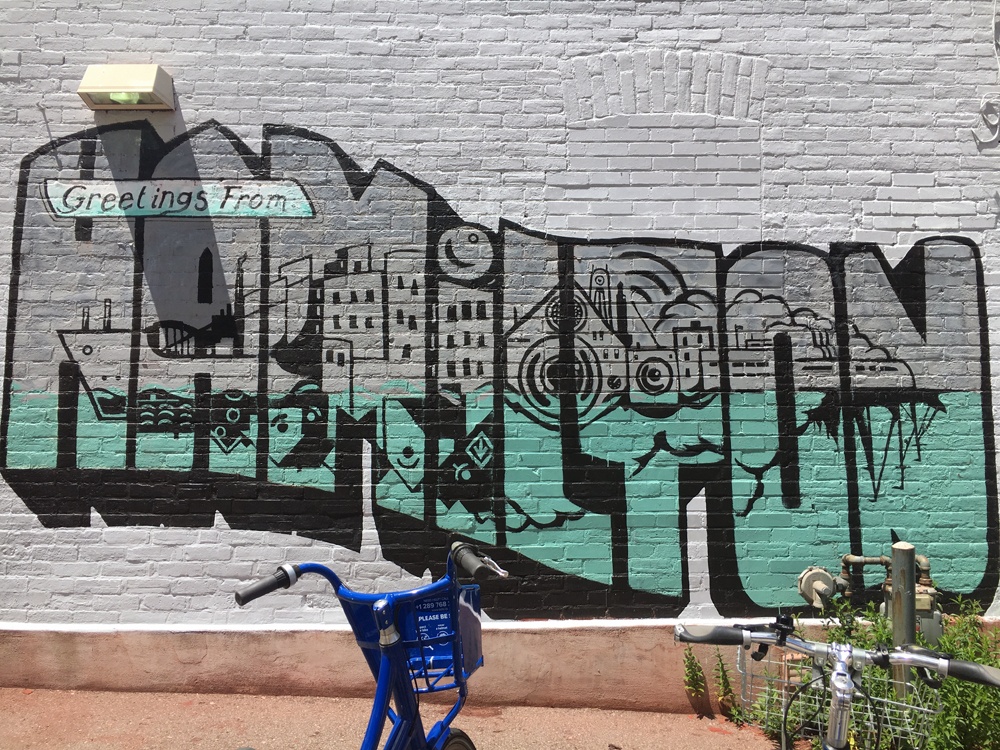 The varied art forms of art scattered across Hamilton are a part of the city’s charm – from its graffiti tags to its refined murals.

But local artists are taking yet another hit as the COVID-19 pandemic worsens.

Hamilton native, Joey Campanella is the owner of what was once The Writer’s Den, a graffiti art studio on King St. that offered an open space for local creatives to showcase their work.

But like many businesses at the start of the 2020 COVID-19 pandemic, Campanella was forced to shut down that March.

He describes the loss of The Writer’s Den as devastating.

Campanella had opened up the studio as a place for the community in Feb. 2019.

Often times he would allow the space to be rented for things like yoga and art workshops, which on average catered to about 500 people a month.

Just after celebrating its first anniversary, Campanella was forced to close during the first Ontario lockdown.

But unlike other businesses – The Writer’s Den was gone for good.

Campanella made the call to close permanently in the summer of 2020, but he never announced it publicly in hopes of finding a new storefront.

For a long time, Campanella said he blamed himself.

Leaving a stable custodian job to pursue a career as a one-man show and a first-time business owner, Campanella was unable to afford to hire any staff.

“It was the first thing I had built from the ground up that was almost to the point of success. After about six months of seeing all other long-standing businesses take the same path, in a weird way I felt better. I knew it was something beyond my control,” said Campanella.

With some business coming to a permanent standstill life became uncertain for many business owners, and Campanella was unsure as to which business model would work out for him next.

Julie “Fazooli” Marquis heard the news first hand upon bumping into Campanella not long after the closure.

“I feel like that’s the biggest issue – trying to keep up with your lease when no one is buying anything, or no one can afford to buy anything. Graffiti artists are notoriously broke,” said Marquis.

Marquis is the designer, illustrator, and photographer behind Abominable Ink – and is one of the very few females involved in the Hamilton graffiti scene.

But now that restrictions have grown tighter once again, she’s not as active as she used to be – having once run graffiti workshops for at-risk youth and adults.

“It’s not about destroying things, it’s about leaving your mark on the city,” said Marquis.

When asked about the difference between graffiti and street art she explained that graffiti focuses on the change and evolution of the written word and that street art was exactly that – art.

And although graffiti artists and street artists are worlds apart, both communities have equally felt the effects of the COVID-19 pandemic.

With 20 years of experience, Lester Coloma is a classically trained artist with murals scattered all throughout the city.

When asked about The Writer’s Den he shared how disheartening it was to hear the news.

“My heart goes out to them because it is a very difficult time for business owners from all walks,” said Coloma.

And although his business has not been particularly affected, he’s noticed a disruption in the supply chain.

Wanting to move and rebrand Campanella took off to Vancouver when restrictions first eased.

“As the days went by and my savings dwindled, I was forced to realize it’s the same thing happening all over again,” said Campanella.

Like many others in his position, the pandemic has forced him to find other means of living – putting his passion for graffiti on the back burner.

Now Campanella is an assistant manager of a cannabis store located in Hamilton, two doors down from where The Writer’s Den used to be.