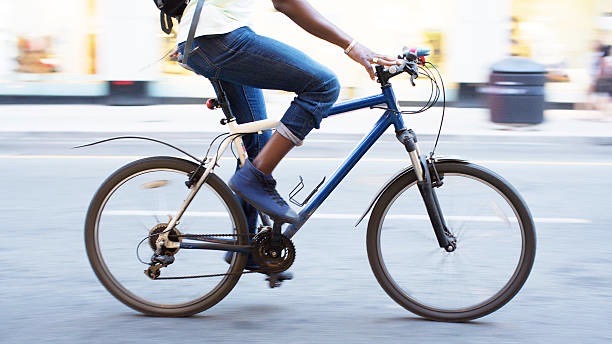 For cyclist Shane Yewchyn, ActiveTO is what helped him get through the pandemic.

“It was one of the few fun things we were allowed to do during the lockdown,” he said. “It got me out, and without it, my mental health could have been worse.”

“I think all streets in the downtown area should have bike lanes,” he said. “The lanes should also have concrete barricades to separate cyclists from cars, it’s just safer.”

Some of the seven permanent routes include Bloor Street between Avenue Road and Sherbourne Street, Danforth Avenue between Broadview Avenue and Dawes Road, and Wilmington Avenue between Finch Avenue West and Sheppard Avenue West.

ActiveTO started in summer 2020 to get people outside and active as a response to the COVID-19 pandemic. The initiative started by closing roads like Lake Shore Boulevard West during the day on Saturdays and Sundays for cyclists, skateboarders, walkers and runners.

Eventually, it spread to other routes and designated bike lanes.

“The ActiveTO bike network was intended as a quick and safe way to help us through the pandemic,” Toronto Mayor John Tory said in a news release.

“Making these routes permanent and making plans to extend the network even further where it makes sense, is the right and responsible thing to do and it will help more people get around our city safely by bike,” Tory said.

The city of Toronto reported that the number of people cycling on these seven routes increased by about 65 per cent — to 2,870 riders after 2020 from 1,930 riders before 2020 just on the Bloor Street route.

“With the warmer weather coming, more residents will be able to get outside and ride their bikes safely on the city’s growing cycling routes,” McKelvie said.