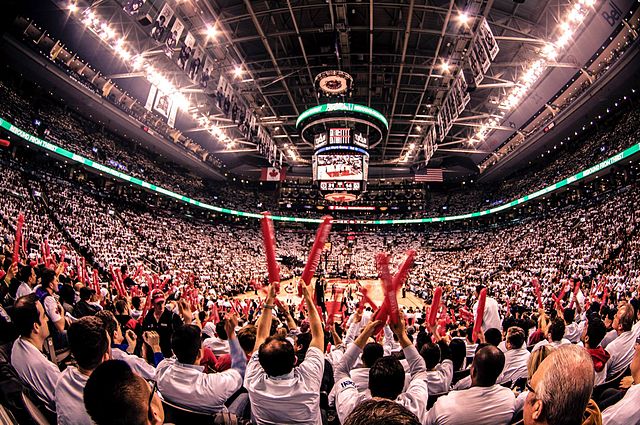 The Toronto Raptors are gearing up for the 2022 NBA playoffs after defeating the Atlanta Hawks last week.

Their first round match up this Saturday is a familiar foe, the Philadelphia 76ers in Philadelphia.

Fans around the league may be doubting the Raptors chances this time around, but the playoffs are a whole different season and anything can happen.

“Being able to change the way they play based on the teams that they play and being very adaptable has given them a huge advantage,” said Omar Miles, head coach for the Humber Hawks Varsity Mens Basketball team.

Fred Vanvleet and Pascal Siakam were on the team during the 2019 second round battle and will look to play a very different role during this time around.

“Those guys were role players and now they are the leaders of the team,” Miles said.

Overall this season Toronto are 48-34.

The 76ers will be coming with fire power of their own that will present challenges for the Raps, Joel Embid, James Harden, and Danny Green who was playing on the side of the Dinos in 2019.

So how will the Raptors work to contain Embid and Harden?

“Are you taking away their game? No. Are you slowing them down? Possibly,” said Miles.

“You can also take away what other guys do, don’t let the other guys go off,” said the Varsity coach, talking about how the Raptors need to change how they play the dominant ‘sixers’ players with a line up that differs from the one in 2019.

With restrictions lifting almost fully, this will also mean the return of ‘Jurassic Park’, outside of Scotiabank Arena.

It’s a popular spot where fans who can’t get into the game can come and cheer on the team, with as much of an effect as the fans on the inside of the stadium.

Tipoff is scheduled for Saturday at 6 p.m., and the Raptors will be on the road for the first two games of the series before coming home to face the ‘sixers’ in the 6ix.

Toronto was fifth in the Eastern Conference, which punched |their ticket to the playoffs.