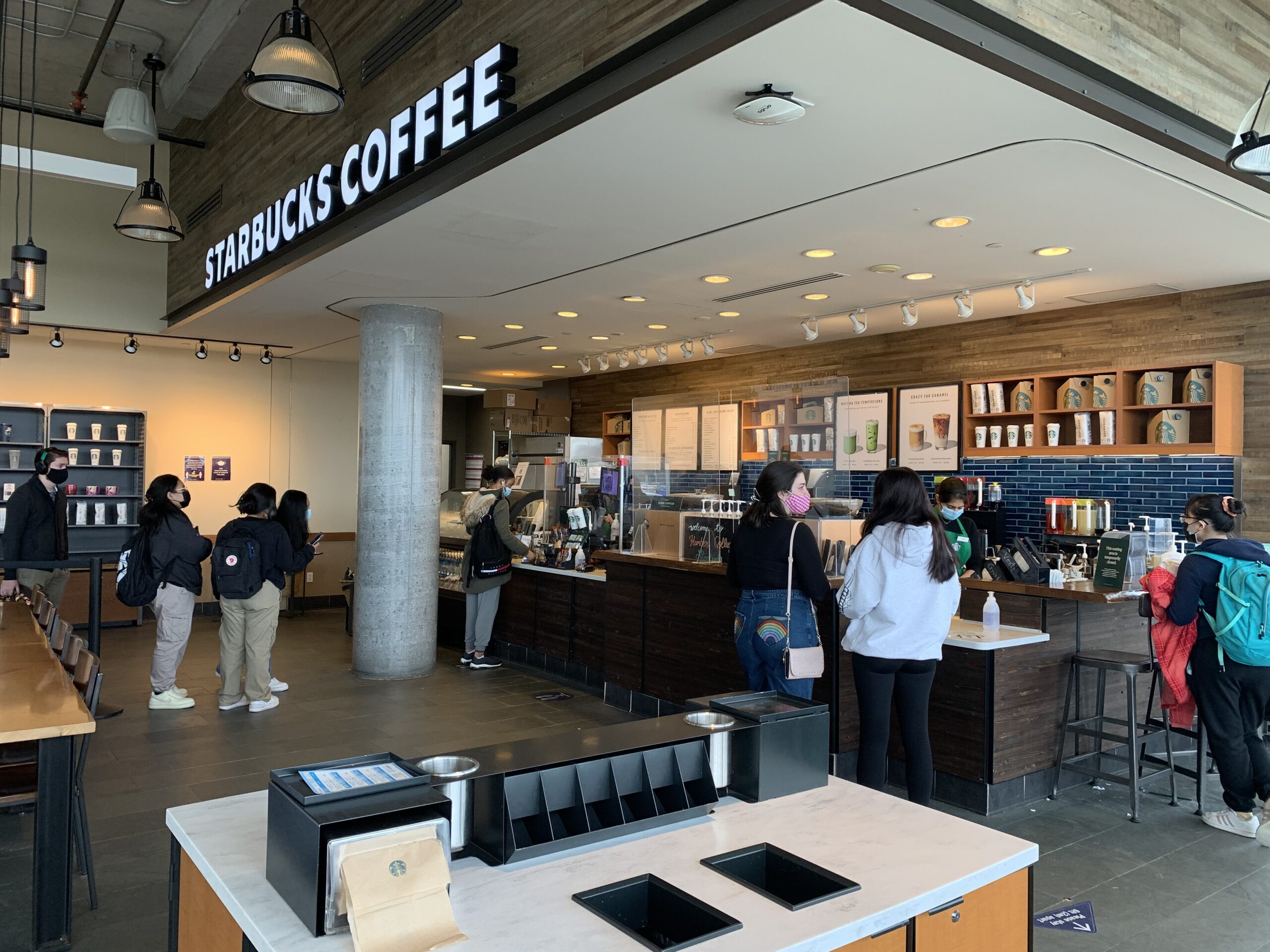 By Sierra MacPherson and Sofiia Rusyn

Two Humber College students were reported to campus security Thursday morning as they tried to complete a classroom assignment.

Third-year journalism students Makayla Verbruggen and Kyshia Osei were in the public lobby of the Learning Resource Centre, trying to take footage of the Starbucks location when they were confronted by an employee who later called security at North Campus.

The problem is the students hadn’t filled out a Temporary Use of Space permit.

The policy, which was introduced in 2019, is meant to ensure public safety when events like vendor sales, art shows, performances, information tables or student film shoots take place on campus.

According to Rhonda Harrison, who handles the scheduling of events on campus, the policy also applies to journalism students trying to file daily news stories.

“If there is an activity that needs to take place with regards to journalism students filming, documenting, interviewing anything of that nature that will use space outside of classrooms,” said Harrison, “there is a request that needs to be submitted to secure that space.”

Harrison admits that it may be fine for journalism students to film “short little clips,” but she wouldn’t explain what that means in practice.

Emily Milic, the associate director of communications at Humber says it becomes an issue when students use cameras on tripods.

She says there’s a difference between journalism students filming hand-held and using bulkier setups “because it has more of an impact on people being able to move around the space.”

She adds permits are needed “so that public safety knows you’re there in case of an emergency.”

But the students filming outside Starbucks were using their personal cellphones to conduct their schoolwork.

There’s also confusion about how much time is needed to process a permit request.

The form says the College requires “a minimum of 15 working days’ notice” in order to consider a request.

“The 15 days is not a maximum,” says Milic. “That it is not necessarily the rule.”

Harrison says students can expect a response within a day.

She adds the policy “does not go against the [journalism program] standards.”

But that seems to contradict the provincial guidelines for advanced diploma journalism programs, which require graduates to “report on a range of stories … in a timely manner” and to “manage time effectively to meet deadlines.”

In November 2021, Manan Nijhawan, a third-year journalism student first encountered the restrictions when trying to cover a story about Humber Athletics.

He was told to fill out the form to get permission to film, and that a response could take up to 15 days.

He said ”technically nothing” has been done since that to resolve the issue.

”We’ve been told that there have been meetings and that people are still talking about it,” Rowe said. ”And there’s gonna be some sort of plan or resolution of some sort, but we haven’t got any specifics or concrete details of that.”

Throughout the school year, a number of sites on campus have prevented Humber journalism students from filming.

The restrictions faced by students this year came as a surprise to some program alumni.

”It’s not as if you’re wandering in with no affiliation whatsoever to the school,” said Nick Westoll, a Humber journalism graduate from 2016 who works as a multimedia journalist for CityNews Toronto.

But journalism students may need to get used to filling out the forms.

The 40th anniversary of press freedom being enshrined in Canada’s Charter of Rights and Freedoms is this Sunday.