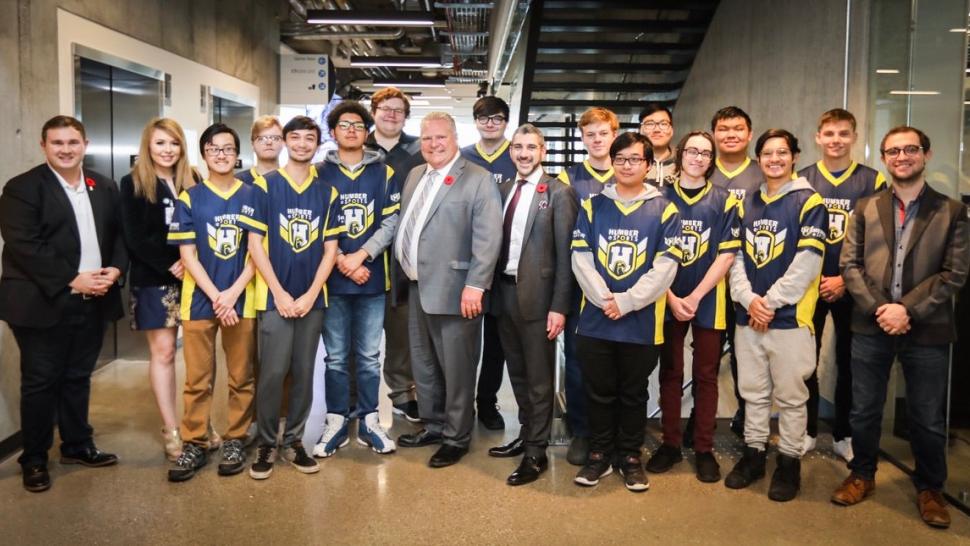 The Ontario government’s announcement for a $1 million scholarship program for students pursuing a career in esports has many people in the industry feeling validated.

“I think the scholarship helps bring legitimacy and validation to the video game industry and esports as a whole,” said Hamraj Rai, president of the Ontario Tech Game Development Students Association.

There are currently four post-secondary esports focused programs within Ontario, however the Ontario government’s scholarship also applies to video game design and development.

Rai told Humber News that the scholarship will remove the old stigma of video games being a waste of time and money and it gives the justification to video game developers to continue making these products.

Rai said a big part of the stigma can be culture related.

“For me personally, and so many other people I know, when family and friends always ask what I’m pursuing as a career…I would just say computer science,” Rai said.

He said those working in the video game industry should be given the same respect as those in computer science.

“This is a thing people do, people make video games, people play games professionally,” Rai said. “People are officially coming to terms [with it], and the Canadian government backing that up is huge.”

“I think [esports] infrastructure, like coaching, is really important,” Ward said. “Having people behind the scenes like management and having programs that teach those transferable skills is so crucial to help grow esports.”

Ward graduated from the Game Programming advanced diploma program where he joined fellow classmates to play on the Humber Esports Shadowverse team.

“Clearly, it’s one of the fastest growing industries here and I think it’s here to stay,” he said. “It fills such a large need…I think it’s kind of hard to find someone who’s never really played video games or doesn’t enjoy them in some capacity.”

Ontario is home to 298 video game companies, the most of any province.

“I think it’s amazing because it showcases that the [provincial] government is actively looking at and supporting esports within the Canadian ecosystem,” said Uzair Hasan, owner of Esports How, an online blog that educates others on how to get your foot into the esports industry and develop a business in esports.

Hasan was part of the second group of students that graduated from Lambton’s Esports Entrepreneurship and Administration program.

Hasan said it’s great to see a lot of collegiate development happening, especially with the Ontario Post Secondary Esports League that serves as a seasonal league for several post-secondary institutions in Ontario.

“The scholarship just helps accelerate this further and really showcases that we are pushing to be a leader within the general esports space,” Hasan said.