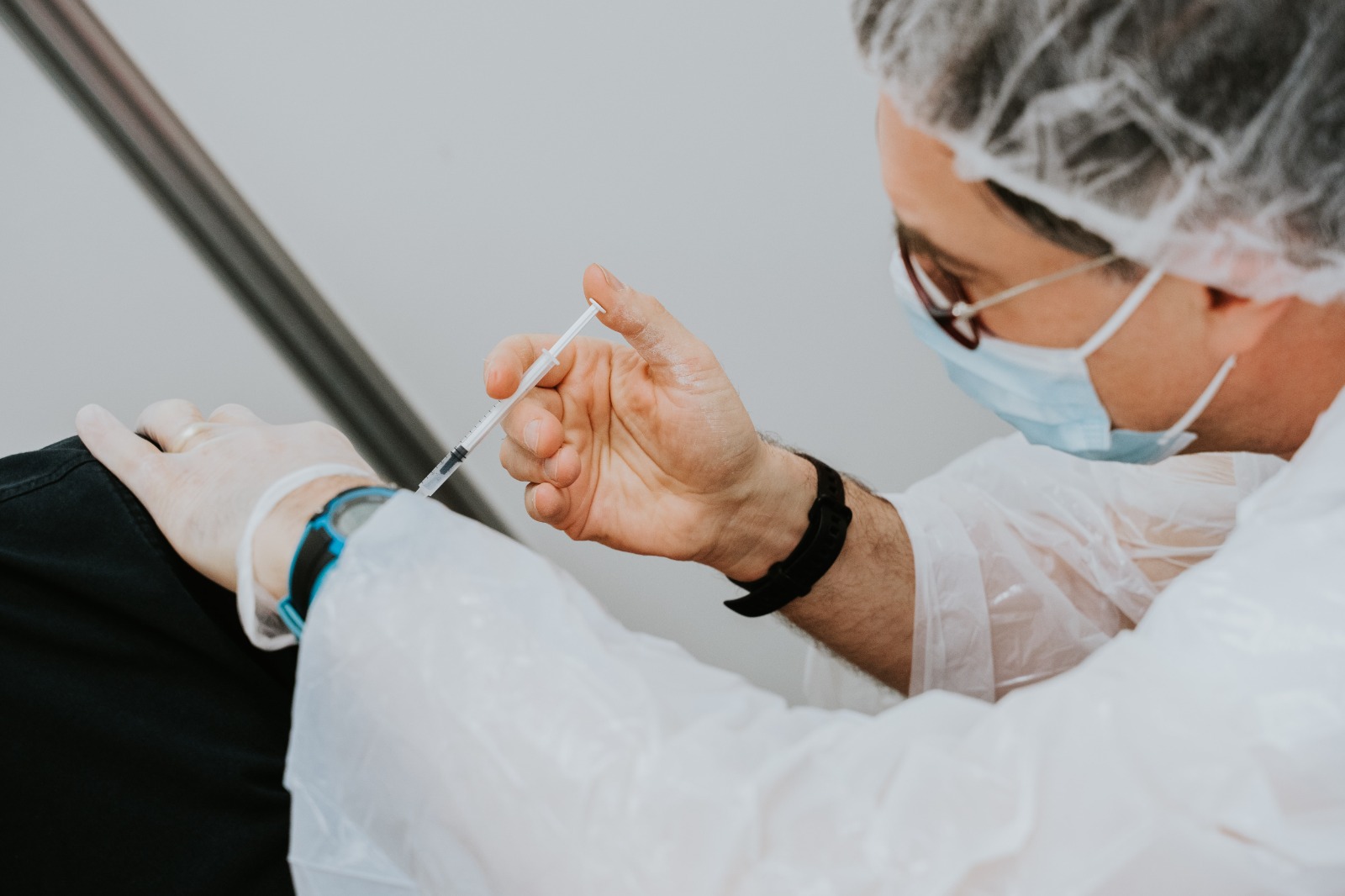 By Makayla Verbruggen and Sierra MacPherson

Ontario on Wednesday announced that people over 60 would be eligible for the fourth dose of the COVID-19 vaccine, Humber students were considering the possibility of having to get another booster.

The province announced on Wednesday that individuals aged 60 and over, as well as First Nation, Inuit, and Métis people and members of their households over the age of 18 will be eligible for the fourth dose starting Thursday.

Those eligible will be able to book their fourth dose via the COVID-19 vaccination portal, by calling the Provincial Vaccine Contact Centre, or through participating pharmacies and Indigenous-led vaccine clinics.

Samantha Barrow, a second-year Humber interior design student said that she would “probably not” get the fourth shot if her age group became eligible.

Barrow said the news of the sixth wave was “kind of stressful.”

“I feel like we’ve lost two years, and I want to get back to normal but I also want people to be safe,” she said.

Jamie Robertson, a second-year Film and Television Production student at Humber said he would consider getting the fourth dose if he was eligible.

“I got the first three doses, so it doesn’t really bother me. It’s keeping people safe, but it kind of sucks.”

When asked about the current sixth wave of the virus, Robertson said, “It’s almost like it’s being ignored, so it doesn’t feel like a sixth wave to me.”

The National Advisory Committee on Immunization said in a statement on Tuesday that it is still looking into whether the fourth dose is necessary for young adults, but it appears to be as safe as other doses and is recommended to be administered to at-risk populations six months after their first booster.

Ontario has lifted many COVID restrictions, including the mask and vaccine mandates in recent weeks.

“As we continue to live with COVID-19, we are using every tool available to manage this virus and reduce its impact on our hospitals and health system, including by expanding the use of booster doses,” said Deputy Premier and Minister of Health Christine Elliott in a statement on Wednesday.

“Vaccines are our best defence against COVID-19 and its variants. Because of our exceptionally high vaccination rates and Ontario’s cautious approach, we currently have one of the lowest hospitalization rates in the country and have performed well throughout this pandemic when compared to other similar-sized provinces and states. I encourage everyone who’s eligible to get boosted as soon as you’re able.”

The province began administering fourth doses of the vaccine to long-term care residents, retirement homes, and other at-risk populations in assisted-living centers on Dec. 30, 2021.

Since then, more than 70 percent of long-term care residents have received the dose, according to the media release.

“Expanding booster eligibility will provide an extra layer of protection against the Omicron and BA.2 variants and, in addition to antivirals, are another tool the province is using to live with and manage COVID-19,” the government media statement stated.

On Wednesday, the Ministry of Health told Humber News in an email that the province, the province’s Chief Medical Officer of Health and other health experts “will continue to monitor the data and the experiences of other jurisdictions. The province will update recommendations for high-risk populations as needed.”

Harmony Babstock, a first-year student in the Humber Horticulture Pre-Apprenticeship Program for Women, said that she is not sure whether or not she would get a second booster, as she already has her third dose and does not have any underlying health conditions.

Babstock explained that she is relatively unaffected by the sixth wave because she is in good health and is more on the introverted side.

“I know the drill now, and I think I’m lucky or privileged because I usually have a smaller group around me and I don’t socialize too often, so it doesn’t affect me greatly,” she said.

Juan Antonio Novoa, a second-year Fitness and Health Promotion student at Humber, said that he would not be getting the fourth shot if he were to be eligible because he thinks that two shots are enough to protect him against the virus.

“I believe that you just need two to be able to combat it. There’s no need for a third or fourth shot,” said Novoa.

Novoa went on to explain how the sixth wave is nothing new to him.

“It’s a part of my routine now, and it’s part of my life, so I’m just dealing with it however I can,” he said.