National monument to be built in Ottawa honouring LGBTQ+ community 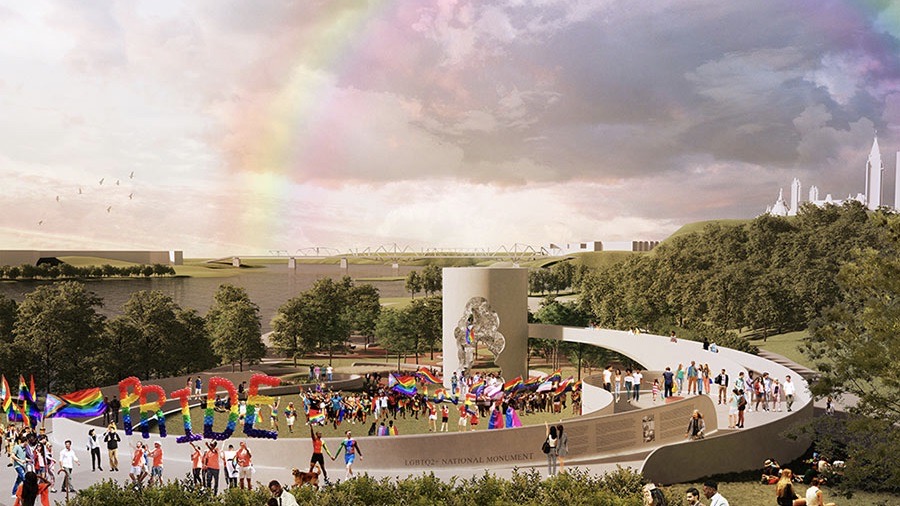 Mitchie Ding, a gay student at Humber College studying hospitality, appreciates a monument honouring the LGBTQ+ community shows pride and celebrates its diversity. But they feel more support is needed from the government and society.

“The monument is valuable and meaningful if actions to improve the LGBTQ2S+ community’s well being are implemented as well,” Ding said.

They applaud Canada’s efforts to fight for LGBTQ+ rights, and hope the monument enables the Canadian government to do more.

“I think the next steps are tackling issues that affect the LGBTQ2S+ community, like homelessness, poverty, and abuse or rejection from family members,” Ding said.

The federal government announced its plans on March 23 to build a national monument to honour the community. The monument will sit on a partition of land behind Parliament Hill in Ottawa.

It will be filled with plants and greenery and designed as a cloud-shaped, disco-ball inspired structure. There will also be stages attached to it that can be used for performances, gatherings and protests.

The monument is set to be completed in 2025.

“It is a stunning and important landmark for the LGBTQ2S+ community. It will stand as both a beacon of inspiration and a reminder of the pain and discrimination,” said Michelle Douglas, the LGBT Purge Fund’s executive director, in a March 24 statement.

“We are already dreaming of the day when the monument will be open for all to visit and experience,” Douglas said.

The monument is being built to shine light on the victims and survivors of Canada’s LGBTQ+ purge, and the community as a whole.

The purge was a moment in Canadian history when the federal government was identifying, investigating, and in some cases terminating employees who were LGBTQ+ and worked in the Canadian Armed Forces, the RCMP, and federal public services.

“Most Canadians don’t know about the purge,” Shawna Dempsey, the LGBTQ+ monument design winner, said in a March 23 news release.

“These individuals who had been systematically discriminated against by the Canadian state or employers, took the Canadian government to court, won a settlement of money, and sadly many of the purge survivors were still not alive to receive that funding,” Dempsey said.

Dempsey said the purge survivors still here today decided to take the money that’s left and create the monument to celebrate all LGBTQ+ people in Canada.