Gender-based violence remains a global crisis, increased during the pandemic 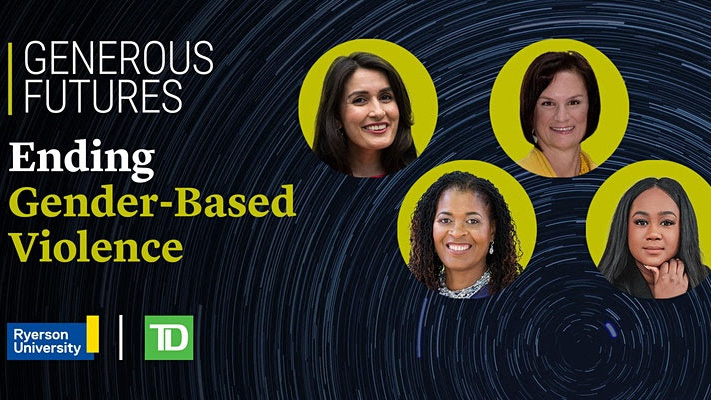 Approximately every six days a woman in Canada is killed by her intimate partner, according to Statistics Canada 2019.

“To me, that is a staggering reality, that every six days in this country, a woman is killed by her intimate partner,” Paulette Senior said.

Senior, president and chief executive officer of the Canadian Women’s Foundation, devotes her career to helping women and girls overcome barriers to their future.

Senior said the women who face multiple forms of discrimination face a higher risk of violence, including Indigenous women and women living with disabilities.

Statistics Canada reported that in 2018, 44 per cent of women reported experiencing some form of psychological, physical, or sexual violence by an intimate partner in their lifetimes.

One in 10 women reported in 2020 of being very or extremely concerned about the possibility of violence in the home, according to Statistics Canada.

“One of the horrible, horrible realities that we face during the pandemic was our femicide was at and still is at an alarming rate and roles in Canada,” Senior said. “In fact, it’s spiked. So, there’s been a 26 per cent increase in killings of women and girls since 2019.”

Senior said it’s urgent to end all gender-based violence because there has been an increase over the past three years, whether it’s intimate partner violence, sexual assault or harassment, stalking, or cyber violence.

Jessica Ketwaroo-Green, an intersectional equity consultant and project coordinator with the Women’s Abuse Council of Toronto, works with organizations to tackle systemic and justice issues facing women and racialized women.

She said conversations about ending gender-based violence need to be voiced now because there has been no improvement surrounding the issues over a three-year span and it’s a matter of implementing these conversations that will spread the word.

Gender-based violence is chronically underfunded, not just in Canada, but globally, Ketwaroo-Green said.

Senior said she feels the issue has long been overlooked.

“You know, we didn’t have people lining up to give us money. We had to pound the pavement on this,” Senior said.

Jo-Anne Ryan, vice-president of philanthropy at TD Wealth and executive director and architect of the Private Giving Foundation (PGF), developed strategies to help clients incorporate philanthropy and their overall financial and estate plans.

“One of the issues that stopped women from leaving their abusive homes is as they don’t have first and last month’s rent to get out of their house with their children,” Ryan said.

“When you help a woman there is a ripple effect because they will then go on to help their family and then they will help the community. So, investing in women is always a great investment,” Ryan said.

“The last thing I’d like to say is Millennials don’t overlook millennials in terms of spreading the word,” she said.

Gender-based violence can be perceived from many different points of view, and defining the meaning of intersectionality is crucial while speaking on this crucial topic, Ketwaroo-Green said.

Ketwaroo-Green said, intersectionality includes “things that impact people differently depending on what their background is and what their experiences are and who they are as a person and what their social location is.”

She said gender-based violence has only been perceived from a white women’s lens for a long period of time, which impacts the way a woman of colour would go about a gender-violent experience.

“One of the risks across many of the risk assessments, I’d say, is previous interactions with police officers,” Ketwaroo-Green said. “Now within the black community, particularly calling the police isn’t the first idea that pops into someone’s head when they want to reach safety.”

She said people need to start thinking about intersectionality as everyone’s experience with gender-based violence is different.

If individuals do not look at this from this point of view, their problems will fall through the cracks and there will be more cases of people being murdered, Ketwaroo-Green said.