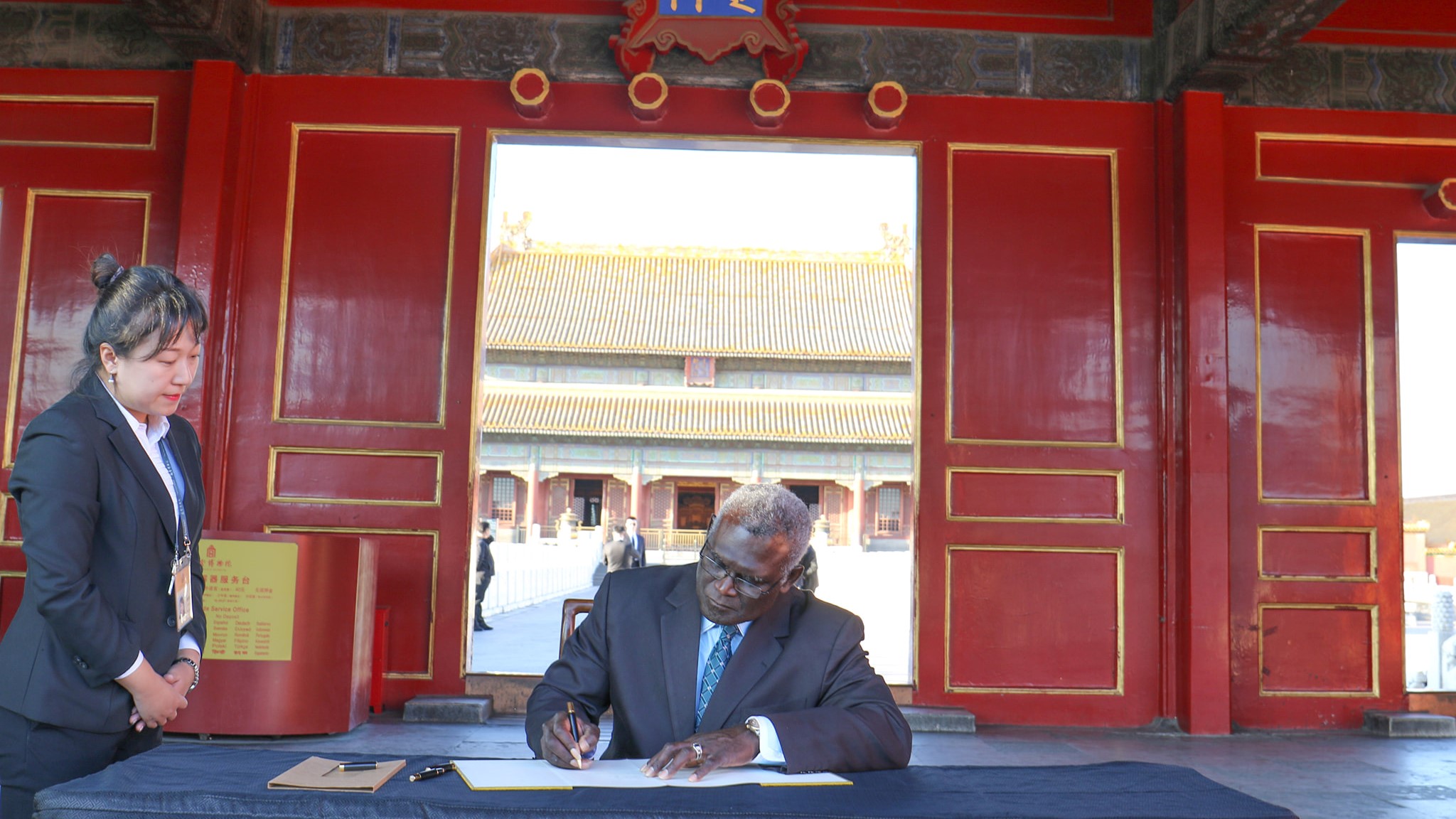 The security pact between Beijing and the Solomon Islands has sparked concerns among Pacific countries, including Taiwan and Australia.

Despite constant efforts from senior-level officials from the U.S. and Australia, the South Pacific nation signed an agreement with Beijing this week.

Senator Zed Seselja, Australia’s minister for international development and the Pacific, and foreign minister Marisa Payne both expressed their disappointment. They said in a joint statement that Australia is concerned with the lack of transparency in the agreement.

The statement said Australia seeks more clarity from the Solomon Islands considering the deal’s potential to undermine stability in the southern Pacific region.

Solomon Islands Prime Minister Manasseh Sogavare confirmed the agreement and said a security pact with Beijing was necessary to maintain internal order in his country.

In recent years, the South Pacific nation has seen several incidents of social unrest. Australia led a multilateral mission in 2003 following violence and a coup at the end of the 1990s.

Even in November 2021, at the country’s insistence, Australia sent armed police to quell the violence and unrest in the islands’ capital Honiara where protestors tried to topple Sogavre’s government.

According to the provisions from the leaked drafts of the security agreement and confirmed by the Australian government, China can deploy forces to protect the safety and personnel of its people and the major projects on the island.

The deal permits China to send armed police and military police to the island nation’s insistence on maintaining social order in the region.

The provision also permits Beijing to make ship visits, carry out logistical replenishment and have stopovers and transitions in the Solomon Islands.

Canberra and Washington fear the provisions in the security agreement will allow Beijing to increase its military presence by building naval bases in the Pacific nation.

David J. Keegan, lecturer in Chinese studies at Johns Hopkins University and a former U.S. foreign service officer, said considering the geographical proximity to the Pacific nation, it would be extremely worrisome for Australia if Beijing built naval bases on the islands.

“That is exactly the area where the Japanese approached in World War Two when they were threatening Australia,” he said.

Keegan said the Solomon Islands resent Australia and other western countries’ failure to address fundamental issues, including health, education, and employment, which allowed Beijing to make inroads in the country.

China has pledged millions in developmental aid assistance and has made significant investments in the nation’s infrastructure projects, including the building of the National Stadium, a gift to facilitate the upcoming Pacific Games in 2023.

A Malaita Youth council member said Beijing’s less bureaucratic approach to things wins people’s trust. Because of that, the Solomon Islands have seen a sizeable increase in their infrastructure development.

“With the West, there is so much red tape,” he told Al Jazeera. “It takes months or years for anything to happen.”

Keegan said the relationship with the Solomon Islands and Australia is that of a big guy telling the little guy what to do.

The responsibility to maintain social order and governance in the nation was given to Australia when the British left in 1975. He believes that, to some extent, there is an element of ethnic prejudice involved here. China benefited from this element greatly while making this deal.

To an extent, China even benefited by convincing Honiara to cut its 36-year-old ties with Taiwan, which Beijing considers its sovereign territory.

Keegan said a significant consideration is that it will give China a greater purpose in the Pacific, considering the Solomon Islands’ geographical position while isolating Taiwan from its traditional allies, including Australia, the U.S., and Japan.

While Beijing wants to increase its presence and role in the Pacific region, he said Taiwan has always been their ultimate endgame.