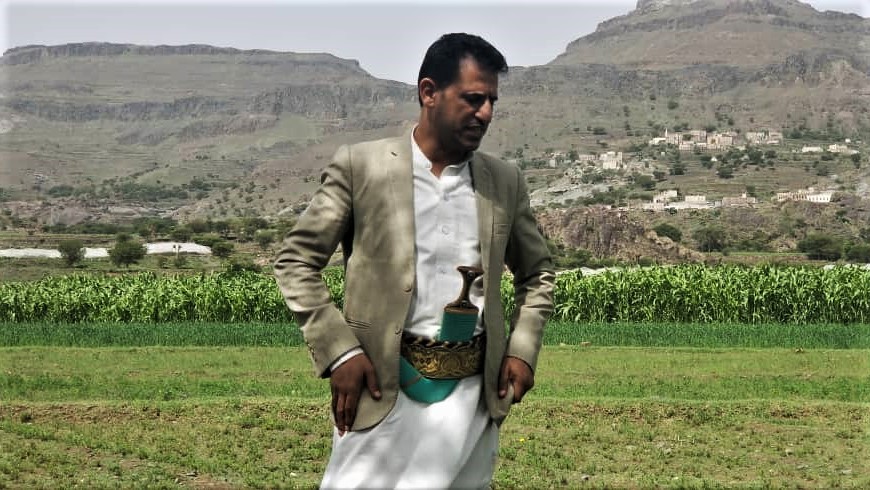 Humanitarian aid worker Qais Al-Haj recalled how a walk on the streets of the Yemeni capital, Sanaa, was enough to reveal the ugly face of war. It was reflected on the pale faces of the Yemeni people who have been trapped between war and poverty for seven years.

“Many men, women, and children are roaming the streets asking for money and food,” said Al-Haj, 37, who works with the Look Inside Foundation for Development. “The war has left many families scattered across Yemen.”

The UN warns that one of the world’s largest humanitarian crises is looming in Yemen as 19 million people will suffer severe hunger between June and December unless $4.3 billion is raised for the aid effort.

“Unless we receive substantial new funding immediately, mass starvation and famine will follow,” World Food Program Executive Director David Beasley said. “But if we act now, there is still a chance to avert imminent disaster and save millions.”

Al-Haj said the war has created a gap between food prices and purchasing power, especially since many Yemenis haven’t received their salaries in years.

The country on the southern edge of the Arabian Peninsula is being crushed by a civil war that began in 2014 between the Yemeni Sunni government and the Houthi Shiite insurgents. It’s grown to include its powerful neighbour to the north, Saudi Arabia, and Iran.

“Food prices have increased three to four times since the war started as container ships get stuck off in Yemeni ports and customs duty hikes,” Al-Haj said.

He said many Yemenis have been forced to leave their towns and move to larger cities due to the war that destroyed infrastructure.

“Many Yemenis have fled their war-torn regions to the larger cities looking for safety and food,” Al-Haj said. “The heavy population in certain areas has made the humanitarian situation even worse.”

Al-Haj said Yemen has always suffered from malnutrition, poverty and hunger, but the war has added fuel to the fire.

“Public electricity has become a dream in most parts of Yemen as most people have turned to private diesel grids. Water tanks have become the main source of clean water,” he said.

He said the conflict in Yemen was ignored by the media and that Yemeni people should be treated the same way Ukrainians, Syrians, and Iraqis were treated.

“The media has not given the conflict in Yemen its fair share of coverage,” Al-Serri said. “Yemeni citizens should get the same support granted to Ukrainians, Afghans, Syrians, and Iraqis.”

The conflict in Yemen has brought about 17.4 million people to the brink of famine and the number has increased by 1.2 million people over the past year, said Julie Marshall, the Canadian spokesperson for the UN World Food Program.

“The situation in Yemen is catastrophic. It’s absolutely dire,” Marshall said. “We are feeding 13 million, but eight million of those people are children, women, and people who are hungry and have nowhere else to go.”

She said the amount of media coverage of the conflict in Yemen does not reflect the catastrophic level of the humanitarian crisis.

“You would think that with 17 million people going hungry, it would make headlines every single day, and it’s devastating that it’s not,” she said.

Marshall said the Russian invasion of Ukraine has worsened the food crisis in Yemen as food and fuel prices have jumped.

“Ukraine and Russia together make up around 30 per cent of wheat exports and 20 per cent of maize and 76 per cent of sunflower oil,” she said. “Yemen imports around 22 per cent of their wheat from Ukraine.”

Al-Haj said stopping the war is the only thing that can bring stability and peace back to Yemen and create an inclusive environment for all the Yemeni people to live together.

“Stop the war in Yemen,” he said. “Yemeni children deserve to go back to schools where they belong instead of hanging out on the streets looking for food or money.”