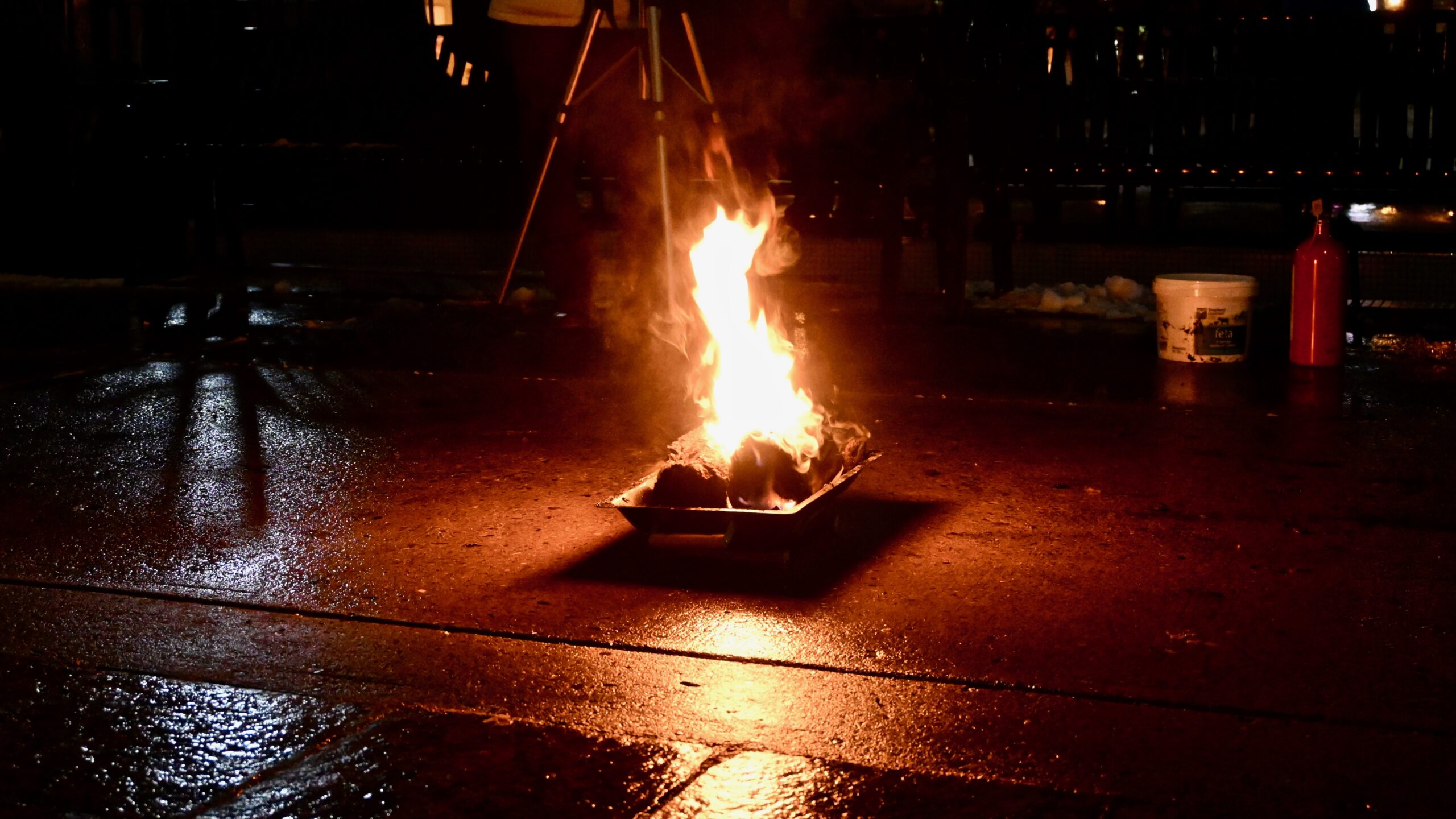 Toronto resident Roxana Aboutorab celebrated the coming of Persian New Year in-person for the first time since the onset of the COVID-19 pandemic.

For the past two years, she has celebrated the Persian New Year, otherwise known as Nowruz, with her family at home. But she was one of many celebrating Toronto’s 17th annual Iranian Fire Festival at Mel Lastman Square on Tuesday night.

“I saw so many of my friends, and the vibe of the crowd was so energetic, I got to dance so much in front of the stage,” Aboutorab said.

The organizers of the event announced the celebrations would be held in-person for the first time since 2019.

The event is an ancient cultural-religious ceremony held by Iranian, Afghan and Kurdish people that is celebrated on the eve of the last Wednesday of the Persian calendar.

The celebration involves making several bonfires and jumping over the flames to signify the start of the new year.

Festival goers chant a rhyme while jumping over the fire which translates to “let your redness be mine, my paleness yours.”

Aboutorab said she was emotional to see so many Iranians gathered to celebrate the festival after a tough few years. She said that although many people were in attendance, COVID-19 regulations were respected and followed.

“Even though the event was outside, people were still wearing their masks, so I was comfortable to enter the crowd and dance with everyone,” Aboutorab said.

She said this was the first time in three years she was able to celebrate Nowruz properly.

“Being at home, there’s only so much you can do, the whole celebration is about being with our community, so this is the first time in a while that the celebration feels real,” Aboutorab said.

Azin Moghadam, of Toronto, said she was overjoyed to see such a large gathering of the city’s Iranian community.

“The whole festival is so fun, and for me, it means that in a few days, it will be the new year, and that gets me really excited,” she said.

Moghadam said the festivities started earlier than the organizers planned, with many showing up an hour early.

“People are so excited to finally be together. Everyone is dancing, jumping over the fire, I am so happy right now,” she said. 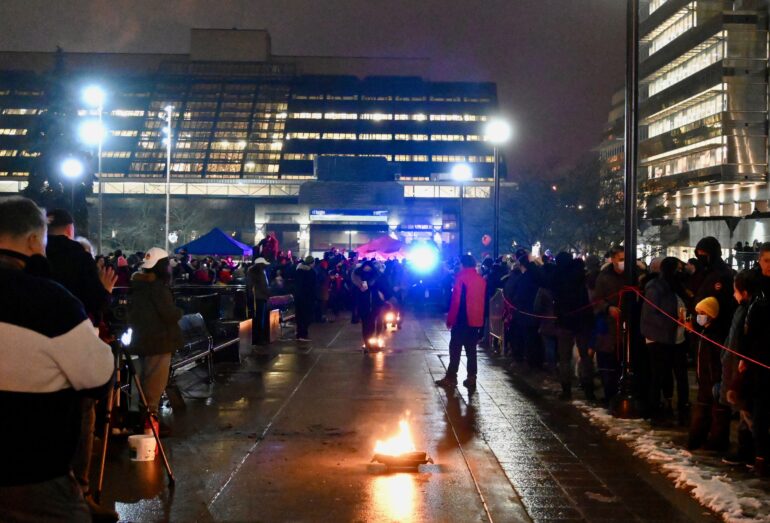 Festival goers lined up to jump over bonfires at the Iranian Fire Festival in Mel Lastman Square in Toronto on March 15, 2022. Photo credit: Kimia Afshar

“This night for us is so nostalgic of Iran, and it represents how we are entering the New Year,” he said.

Alvand said the rhyme Iranians chant while jumping over the fire provides hope for a cheerful new year.

“The whole point of tonight is that you give away all your negativity to the fire, and you enter the new year with a clean slate,” he said.

Iranians around the world will celebrate Nowruz on the spring equinox, which falls on March 20 this year.