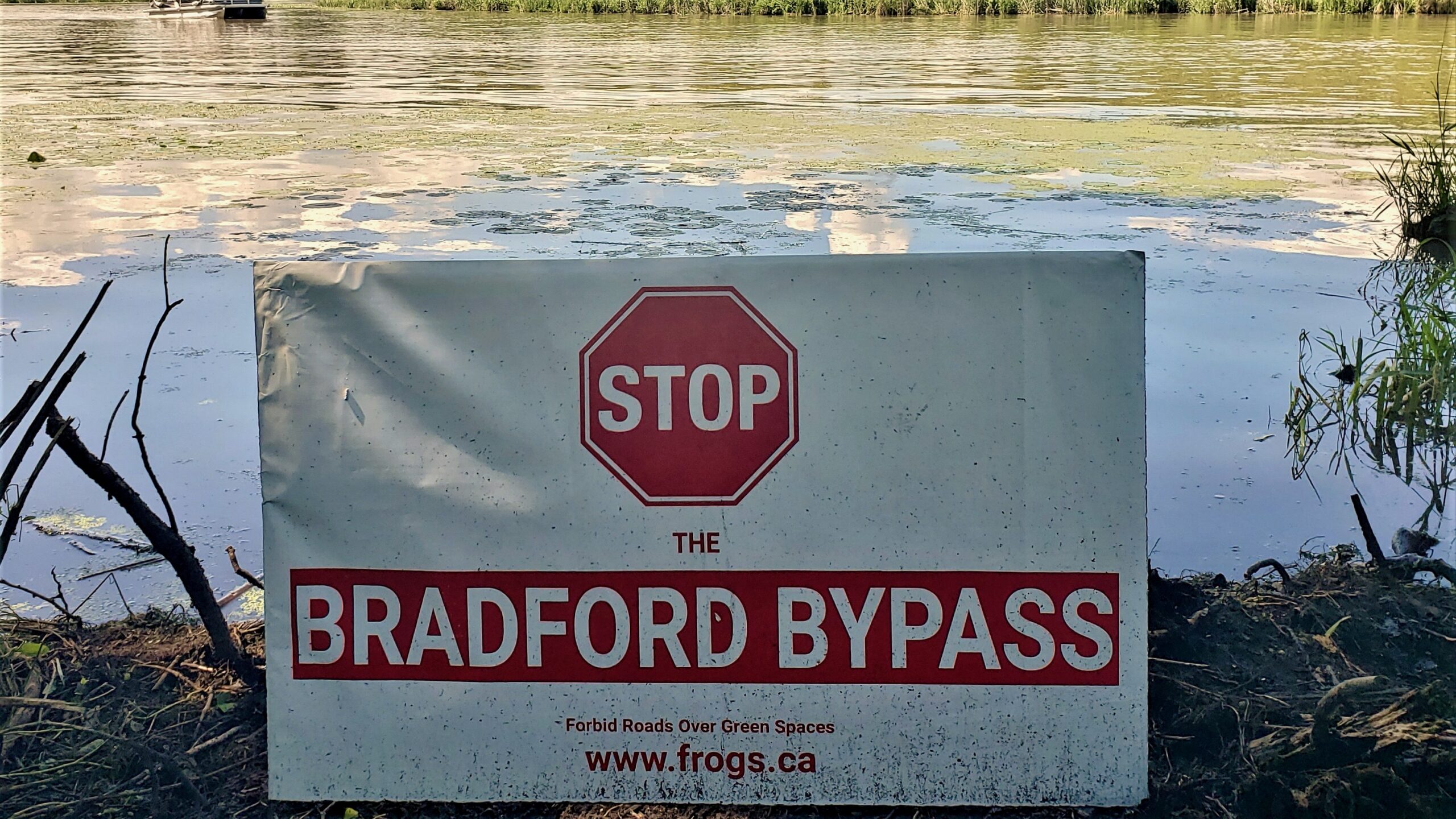 Seven environmental groups in Ontario have filed a lawsuit against federal Minister of Environment and Climate Change Steven Guilbeault on March 14, 2022.

The lawsuit challenges the minister’s decision to turn down their second request for a federal impact assessment on the Bradford Bypass project, a 16.2-kilometre road linking Highways 404 and 400 through Bradford-West Gwillimbury, King Township and East Gwillimbury.

“Our view is that the federal government has not fulfilled its legal obligations under the Impact Assessment Act to properly consider whether to designate this project for environmental assessment or not,” said Tim Gray, executive director at Environmental Defence.

Gray said some issues of federal jurisdiction that were raised in their two applications — including impacts on endangered species, climate change, greenhouse gas emissions, migratory birds, fisheries, and First Nations cultural heritage — were not addressed at all.

The first request was submitted in February 2021 and was denied by former environment minister Jonathan Wilkinson in May 2021, who cited a provincial process that would assess the potential impact of the project.

The Progressive Conservative government then introduced changes to the Environmental Assessment Act and exempted the highway from the provincial environmental assessment process.

A second request was made in November 2021 considering the exemption regulation and identified growing public concerns about the project and pointing out some of the mistakes the groups felt the minister made in rejecting the first request. It was rejected in February 2022.

Ian Miron, a lawyer at Ecojustice, which is representing the groups in the case, said the groups are also concerned that the minister’s decision sets a precedent that will weaken the Impact Assessment Act.

The Impact Assessment Act gives the public the ability to ask the minister to do a federal impact assessment even if one is not automatically required, any number of times before a project “substantially” starts, Miron said.

“We see this provision as a really important safety valve that allows the public to play a role in making sure that potentially harmful projects don’t slip through the cracks,” Miron said.

The last environmental assessment for the project was completed in 1997, which pointed out severe impacts on air quality, wildlife habitat, wetlands, surface water and groundwater. The Ford government plans to forego a full review and instead conduct some new studies and update the 25-year-old assessment.

Miron said the groups believe a more comprehensive and up-to-date assessment is required for the project.

Bill Foster, chair of Forbid Roads Over Green Spaces (FROGS), said the 1997 assessment did not seriously consider many important matters.

“When this highway was first considered, the government and none of us knew anything about how sensitive Lake Simcoe was, and how important the Greenbelt was,” Foster said.

Claire Malcolmson, executive director at the Rescue Lake Simcoe Coalition, said Lake Simcoe is on a trajectory to reach ocean level salinity in 37 years if things do not change.

“The government doesn’t seem to be taking Lake Simcoe seriously at all,” Malcolmson said. “It’s instead pushing for projects that will erode the quality of water and will dissect and weaken the ecological resilience of the area.”

Malcolmson said the government needs to acknowledge there is a climate crisis and should also re-initiate consultation with experts to help protect the environment from the impact of climate change.

The proposed project also threatens what many historic accounts and preliminary archaeological studies suggest is the location of the Lower Landing, an important historical site that holds cultural significance for many First Nations peoples.

Indigenous communities including the Chippewas of Georgina Island First Nation, the Huron-Wendat Nation, and the Hiawatha First Nation have earlier issued statements recognizing the location as a sacred site with burial grounds and calling for it to be left undisturbed.

Miron, one of the lawyers working on the case, said Ecojustice and the involved groups will be exchanging evidence and legal arguments with the government in the coming months, and the court could set a hearing date sometime in the fall.