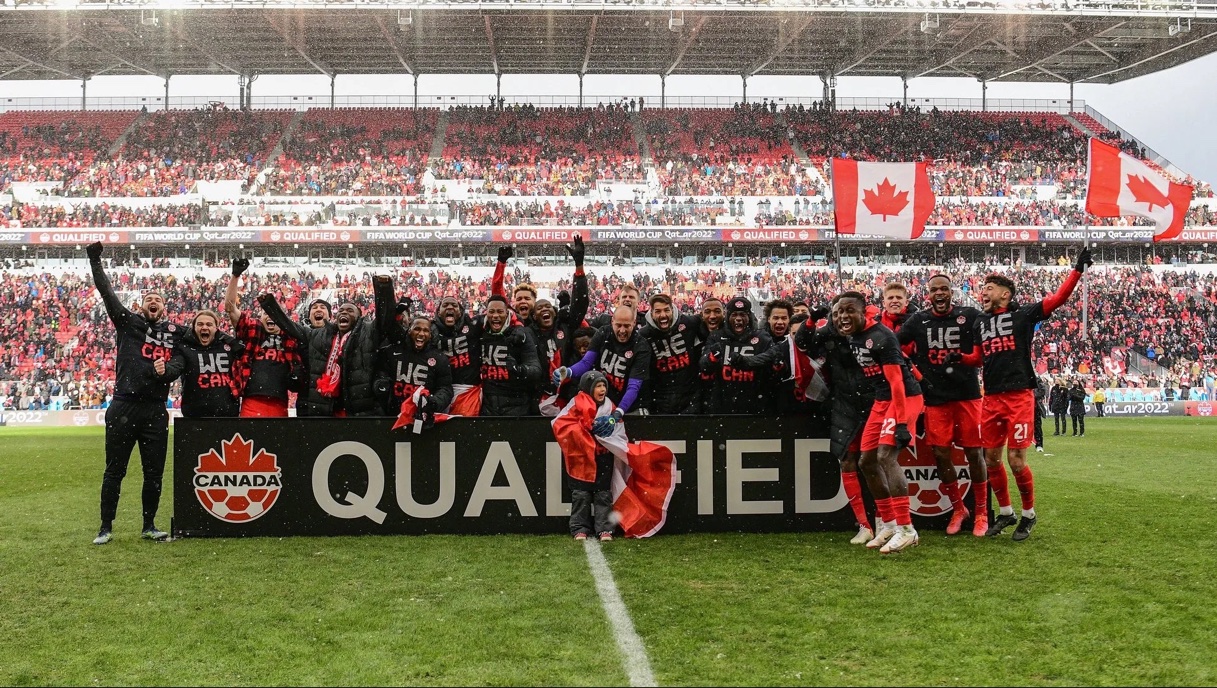 Canada’s mens soccer team is heading to the World Cup for the first time since 1986, after a 4-0 win over Jamaica on home soil at BMO Field in Toronto.

The team dominated the qualification stage in the CONCACAF division sitting at the top of the standings with eight wins, four draws and one loss.

This clinching game for Canada only seemed fitting to be played on home soil at BMO, along with snow falling and fans in toques and their heavy jackets. Canada seems to play their best in the cold home climate.

Every goal sent the packed home crowd into a frenzy and even at 3-0, the fans were chanting the Canadian national anthem. With the fireworks firing after each goal, few people seemed to notice that it dipped down to -8 C.

The World Cup is taking place in Qatar starting Nov. 21. Team Canada will be sending their men’s and women’s team to compete.

“It’s going to inspire a whole young generation to continue to play and hopefully motivate them to pursue soccer as far as they can,” said Michael Aquino, head coach for the Humber mens varsity soccer team.

The men’s team has had issues in past qualifications getting into the final round and now this year they sit on top of the standings.

“The team is probably one of our best, it’s the deepest group Canada has ever had, in order to qualify you need a deep group,” said Aquino.

For Canadian players in other avenues of Canadian soccer, like varsity at Humber, this win will be big for them as well, Aquino said.

“A lot of them especially with the current players, you have a lot of young faces, that some of our varsity guys have played with, played against and hangout with so they know each other,” he said.

“I think it’s gonna inspire them.”

The team will be heading to Qatar in November to compete for the first time in the World Cup in 36 years.

Next week they will be finding out the group of teams they will be going up against and the Canadian team’s depth will be critical depending on who will be on the other end of the pitch.

No matter what happens come November, this achievement for Soccer Canada is going to be remembered for a very long time.

It will also be a stepping stone for the future of the sport and will be something the players will keep close for a very long time as well.