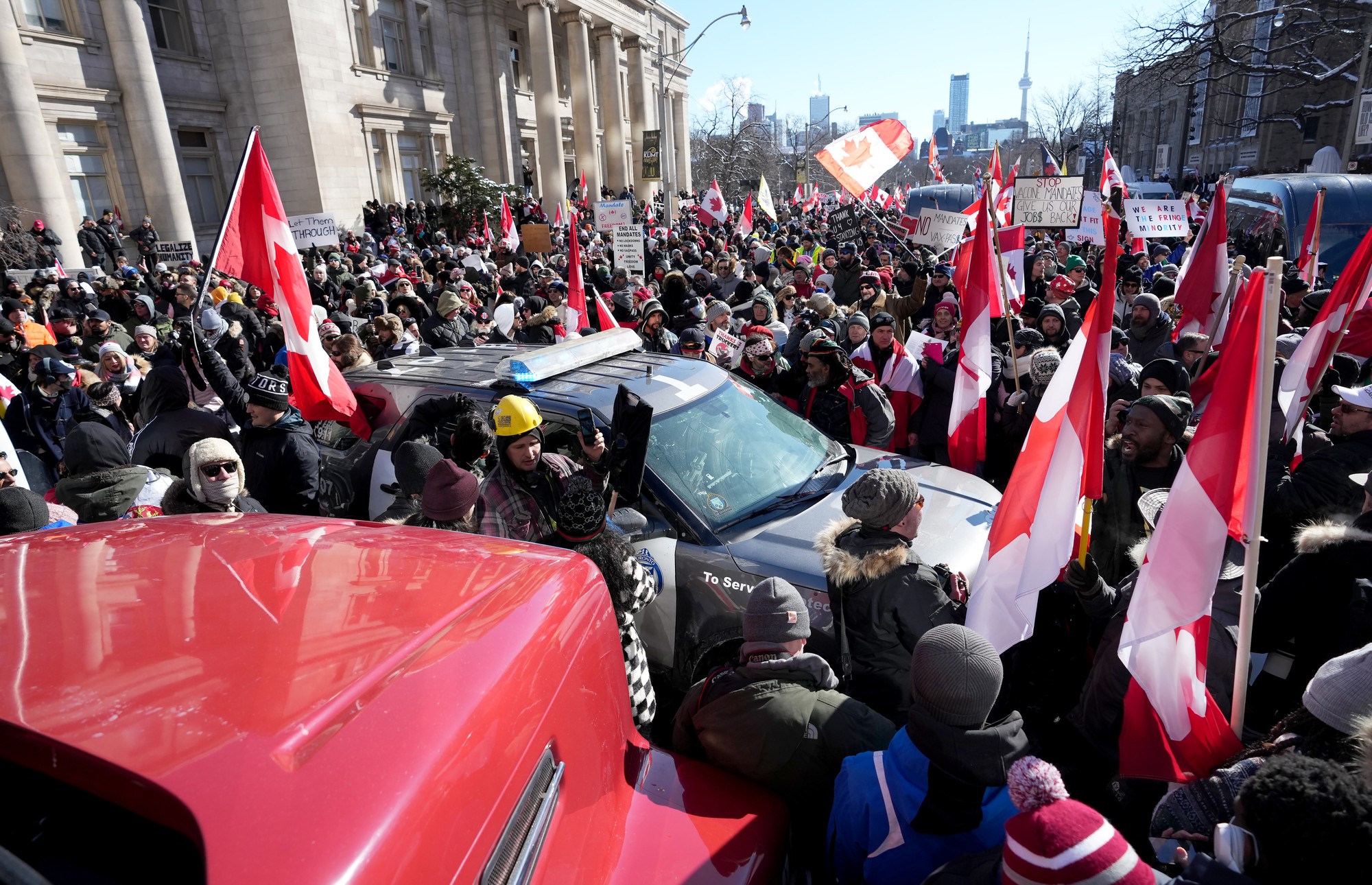 Toronto Police said Monday that roads in the downtown core have re-opened after closing over the weekend due to the trucker convoy protests.

“The Toronto Police Service implemented significant road closures in the downtown core over the weekend,” police said in a statement to Humber News on Monday morning.

“Most roads have been re-opened. An increased police presence remains downtown,” the statement said.

Starting Friday, crowds gathered north of Queen’s Park, the Ontario Legislature, blocking the busy intersection of Bloor Street West and Avenue Road. Trucks and large tractors were there for much of the day, and some returned again on Saturday.

By Monday, things were returning to normal, including with the TTC.

“All regular TTC service has resumed as of 10 a.m. today,” Stuart Green, TTC media relations and spokesperson, told Humber News in an email on Monday.

The Toronto Transit Commission issued a warning at the weekend and said that because of the demonstrations travel might take longer than expected.

Green said that there were delays on Friday, Saturday and Sunday, but “today, there are not.”

Police said that as of midnight Monday that they would be working overnight to re-open road closures for Monday.

“All roads that were closed for the demonstration are now open,” Toronto Police Const. Laura Brabant said in an email to Humber.

“Other than regular city traffic, construction delays, there should be no disruptions this morning relating to the demonstrations that occurred on the weekend.”

“But that is also subject to change should any demonstrations arise,” Brabant said.

Police said they would update the public including using social media if the situation changes again.

On Friday, demonstrators against COVID-19 restrictions and the Trudeau government arrived in the Toronto.

The closures remained in place all weekend so that hospital staff, workers, patients and family would have access.

“In order to keep access routes clear, protect our healthcare workers, patients, and their families, and maintain public safety, road closures will continue today in the downtown core,” Toronto police said on Sunday in a tweet about why the roads were closed.

Brabant said that a 34-year-old man has been arrested after he allegedly threw feces at another person during the convoy protest on Saturday.