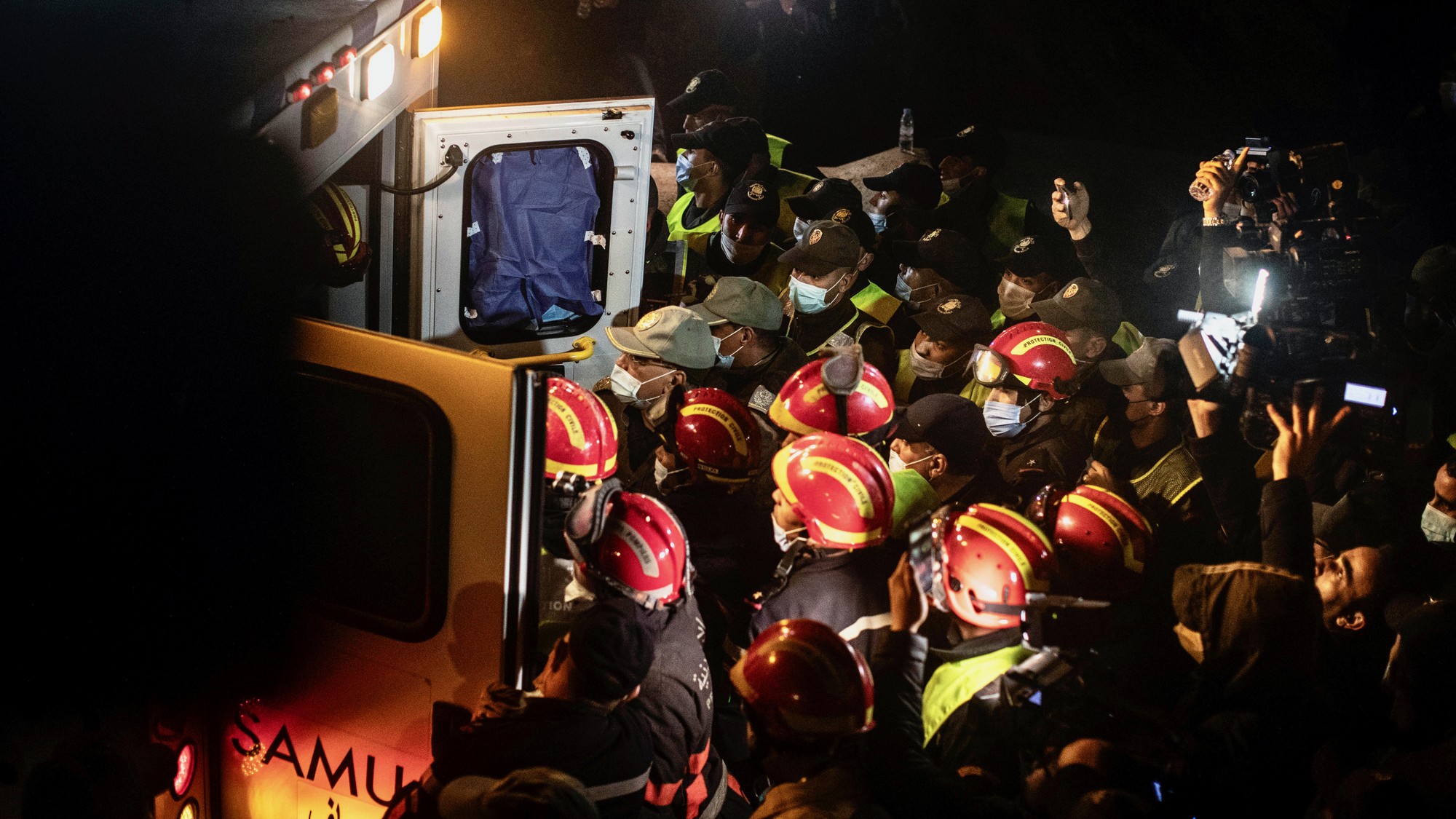 People around the world couldn’t help but use social media to share their solidarity with five-year-old Moroccan boy Rayan Oram who fell into a 32-metre dry well.

The lad fell into the well in Ighrane village about 210 kilometres east of the capital Rabat on Feb. 1, 2022. He was pronounced dead after five days trapped underground.

Joby Fox, a singer and songwriter, living in Belfast, Ireland, tweeted on Feb. 5, “I don’t pray, but I’m praying now! Please save this little soul.”

“I lost a child to leukemia 25 years ago. His name was Aoife. The thought of any parent losing a child is something I obviously can relate to,” Fox said in an interview with Humber News.

He said the idea of doing anything to help Rayan was occupying his mind and that praying for him felt the right thing to do at that moment.

“I don’t really pray that much,” Fox said. “But I just felt the pain. I wasn’t there. I couldn’t do anything for him, but all I could do was pray.”

Ashley Falkenberg, a mother of three children, of Edmonton, said she was scrolling through social media one morning and discovered Rayan’s story.

“I couldn’t stop thinking about him through the day,” Falkenberg said. “He just stayed in my mind and my heart the whole time.”

She said sharing the hashtag #SaveRayan was the only thing she could do to capture the attention of more people who might offer any kind of help.

“If somebody had some way to help and they saw the tweet or the hashtag, any little bet would help,” Falkenberg said.

She said the hashtag #SaveRayan has incited a collective feeling of human empathy among people from all corners of the world.

“The whole world has been in a lot of chaos over the last two years,” Falkenberg said. “To have everyone kind of come together and look and care about this little life was kind of special.”

“Sending all my thoughts and love to this sweet boy from Canada,” she tweeted on Feb. 4 under the hashtag #SaveRayan.

Rayan’s plight showed how social media has amplified social equality by offering a space for all causes to be equally distributed regardless of borders or any other political or geographical considerations, said Nicole Kraft, an associate professor of clinical communication at Ohio State University.

“Social media allowed us to break free from the moorings that publishers used,” Kraft said. “It allowed us to reach people on a more national and global scale.”

She said identifying newsworthy stories was totally up to the evaluation of the people who managed news channels based on certain socioeconomic factors.

“What we see when we look back on this historically is an extreme and really purposeful suppressing of certain storylines, and those storylines often involved people that did not have white skin,” she said.

Kraft said there are many examples of hashtags that make certain topics and events dominate headlines and garner the attention of a diverse audience.

“We could certainly look at something like the MeToo movement and see how that hashtag specifically catapulted that topic to the forefront of news coverage,” she said.

It is crucial to ensure that children’s voices are heard by policymakers and those in power, said Roula Kikhia, a humanitarian advisor at Save the Children Canada.

“We do a lot of advocacy work to ensure that the voices of the children are heard on the different levels from policymakers to authorities and the countries where we work,” Kikhia said.

She said raising awareness about children’s physical and mental health issues is necessary to ensure that they live a normal life and have a better future.

“A lot of work should be done in advocacy to make sure that children live a normal life, and they would really have a future,” Kikhia said.