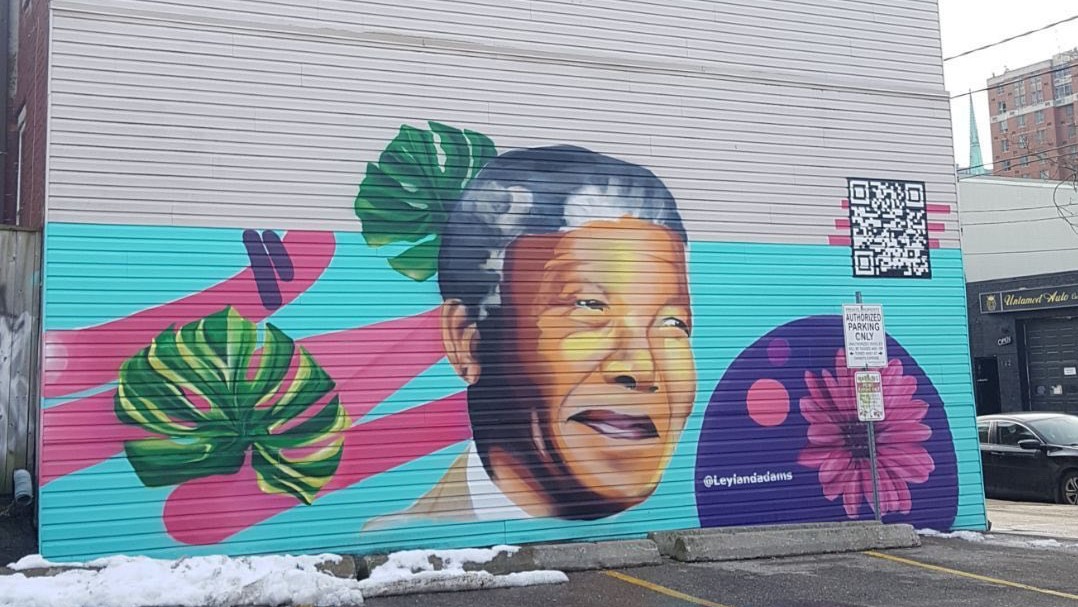 Adams painted the “Portrait of Nelson Mandela” mural at 147 George St., which he said speaks to the resilience of Black people.

“I wanted to have a portrait of someone who really embodies what it means to fight for your freedom,” said Adams, a Black Canadian artist who has been creating murals for 14 years.

The TTC has partnered with the City of Toronto’s StARToronto Program to showcase 16 unique art pieces representing the city’s Black communities to celebrate Black History Month.

The collaboration aims to share the stories of eight Black artists by promoting their work through posters in TTC vehicles and stations, as well as on their social media channels.

Residents can also download a “Ride and Find Guide” from the TTC website to get the locations of all the street artworks and use it to plan a trip to visit the murals across the city.

Adams said that seeing his art showcased as a wrap around a TTC bus alongside the work of his fellow artists was very humbling and “a dream come true”.

Over the past four years, Adams has worked closely with organizations like the Canadian National Institute for the Blind (CNIB) in creating accessible art for people with visual impairment.

He wants his work to be accessible to people with disabilities and to create “a painting for their mind”.

“I want to think of ways to get this art to more people, and allow more people to experience art in whatever form it takes,” Adams said.

Adrian Hayles also said the initiative presents a great opportunity for the representation of the Black community.

Hayles is a Toronto-based artist with a background in graphic design who has been doing street art for 12 years. Two of his murals, Cleanlocs at 707 Dundas St. W. and Yonge Love Murals at 423 Yonge St., have been featured in the campaign. 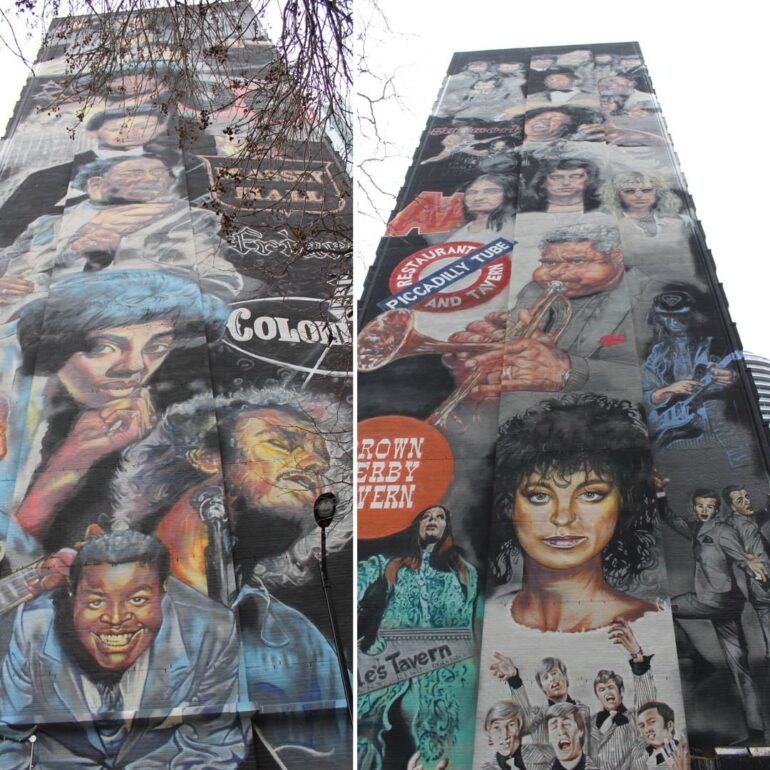 The Young Love Murals, painted on two sides of a 22-story building, is the second-largest mural by a single artist in the world and celebrates Yonge Street’s music history.

The north side of the building showcases the music of the 1950s and ’60s with portraits of many artists including Gordon Lightfoot, Speedy Keen, Shirley Matthews, Jackie Shane, Ronnie Hawkins, and Glenn Gould. The south side represents the 1970s and ’80s rock and roll era with portraits of artists like Goddo, Carole Pope, Mandala, Rush, Kim Mitchell, and Jay Douglas.

Hayles enjoys working with the community during the consultation process and learning their stories.

“There’s so much overfolding and overlapping history,” Hayles said. “Doing murals is a great way to speak to the community.”

Curtia Wright is a Jamaican-Canadian multidisciplinary artist based in Toronto who has collaborated with several community organizations and the city over the years. She saw the TTC campaign as a great opportunity to share the work of Black street artists in the city.

“It created a sort of mobilization of the work,” Wright said. “So now it reaches a larger audience.”

Last year, she was approached to create a mural on what celebrating Black queer lives meant to her as part of a collaboration between the STEPS Initiative and the Black Speculative Arts Movement (BSAM). 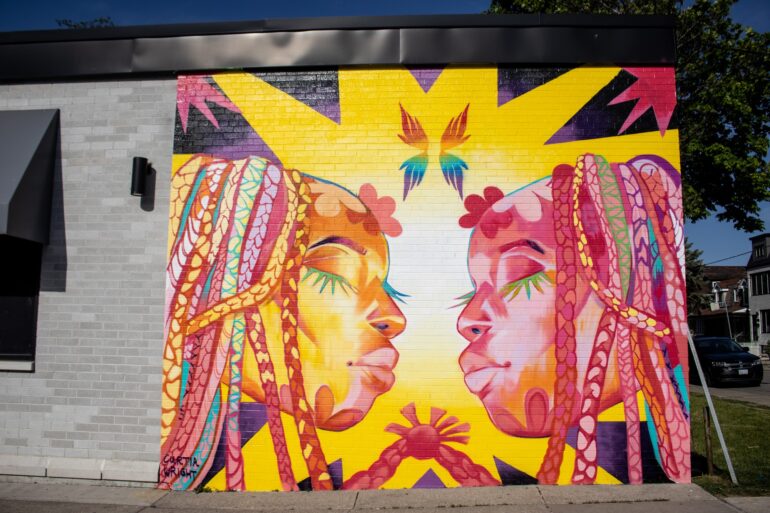 The "Celebrating Queer Black Lives" mural by Curtia Wright at 529 Oakwood Ave. Wright said the mural can be read as a mirror image of a person, but it can also be read as two people supporting each other.

“I wanted to focus on Black queer femmes, because I feel like they’re the most underrepresented and underappreciated in the community,” Wright said.

She said that she believes it is very important for the Black community to share their stories, and to have their history and culture represented in public spaces through street art.

“I want to represent the underrepresented,” Wright said. “I want to share my own story, and also the stories of other Black folks, particularly Black women.”

Carolyn Taylor is a project manager with the city’s StreetARToronto Program who worked with the TTC on this campaign. She said their aim was to use the work of the artists to anchor the campaign for Black History Month and give the communities an opportunity to see themselves reflected in the street art around them.

“It’s about so much more than the art,” Taylor said. “For the artist to be able to communicate the messaging behind their work, really added that extra layer to it.”

Adams said the rebellious nature of graffiti and street art can often translate into the Black spirit and the struggles the Black community goes through in their everyday lives.

“All we really have to do is celebrate our differences and to know that we’re all special,” Adams said. “And I think that’s what street art embodies.”