Canada’s already done what it can in Ukraine crisis, experts say as Trudeau mulls more action 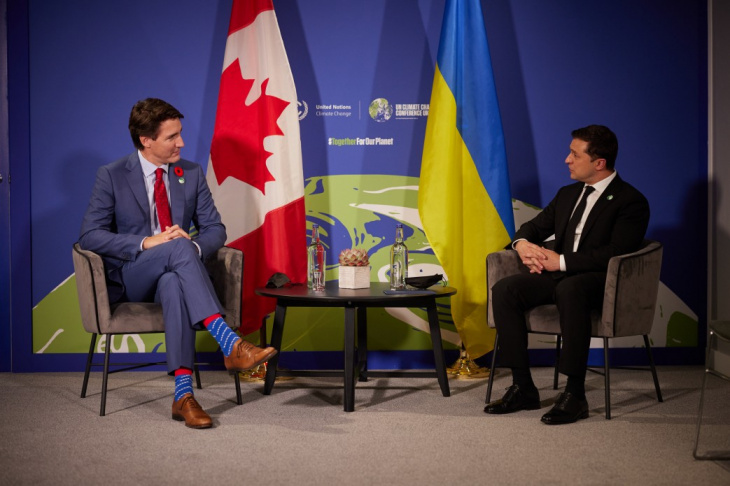 As Canada weighs its options on Wednesday to further support Ukraine in the face of a Russian military buildup, experts tell Humber News that Ottawa has done much of what it can already.

Canadian Armed Forces have maintained a deployment of 200 personnel to Ukraine, known as operation Unifier, since 2015.

As part of Canada’s membership in the NATO military alliance, some 500 soldiers are stationed in Latvia as a deterrence to Russia and a first line of European defence.

“From the Canadian standpoint, they already have troops in the vicinity, so there’s not much more to add,” Royal Military College professor Joel Sokolsky told Humber News.

Canada should continue to work with its NATO allies on its approach to Ukraine, he added.

“It’s not helpful to debate whether Canada’s done enough. Canada’s already done relatively quite a bit, it really depends on what the Russians do.”

After Russia invaded Ukraine in 2014 and took over Crimea, Canada has supported the government in the capital Kyiv with over $890 million in humanitarian and financial assistance.

Erika Simpson, an associate professor of international politics at Western University and president of the Canadian Peace Research Association, said a Russian invasion is unlikely.

“I think a possible invasion will not happen for many months, and certainly not during the winter,” Simpson said, adding she believes Russia is posturing to pressure for diplomatic concessions from the West.

Sokolsky disagrees with the assessment that Moscow is posturing as it places soldiers numbering in the hundreds of thousands along its border with Ukraine.

“I think they’re ready to do something,” Sokolsky said.

Russia has denied that it has plans to further invade Ukraine. Observers say that President Vladimir Putin aims to force the Ukrainian government into giving him a say in Ukraine’s future.

Putin also wants to lay claim to the country as part of Moscow’s military strategy and deter Ukraine from joining the North Atlantic Treaty Organization, or NATO.

Humber College International student Maksym Botte told Humber News he worries about his family in Ukraine on a daily basis, a feeling he’s used to because of the constant state of conflict that’s existed in his home country for years.

Some 14,000 people have died in since a Russian-backed separatist fighters claimed parts of the Ukraine’s east and Crimea was invaded.

In response to an interview request from Humber News, the Ukrainian embassy acknowledged Canada’s military training and financial support but called on Ottawa to do more to assist in the areas of trade and digital defence.

A statement given to Humber News by the embassy and attributed to Ukraine’s top diplomat in Canada Andrii Bukvych called on Canada to open up its markets.

“Unlocking export financing tools by Export Development Canada for Canadian investments, goods and services exported to Ukraine is another mutually beneficial area of our work in upcoming months,” Bukvych said in the statement.

Bukvych also said he was grateful for what Ottawa has done already.

“We are grateful to Canada for working together with other international partners and colleagues to make it clear that Russian aggression and any further incursion into Ukraine is absolutely unacceptable.”

Canada may end up increasing its contribution to Ukraine’s defence beyond training troops and financial contributions.

Prime Minister Justin Trudeau is considering sending a small weapons shipment to Ukraine that could include firearms and ammunition, Global News reported Tuesday.

Meanwhile, officials from Russia, Ukraine, Germany and France were meeting in Paris on Wednesday in an attempt to revive peace talks.

Canada on Tuesday mirrored moves by the U.S. to order family members of diplomatic staff to leave Ukraine. Global Affairs updated its travel advisory on Monday to encourage all non-essential Canadians to leave the Eastern European country.