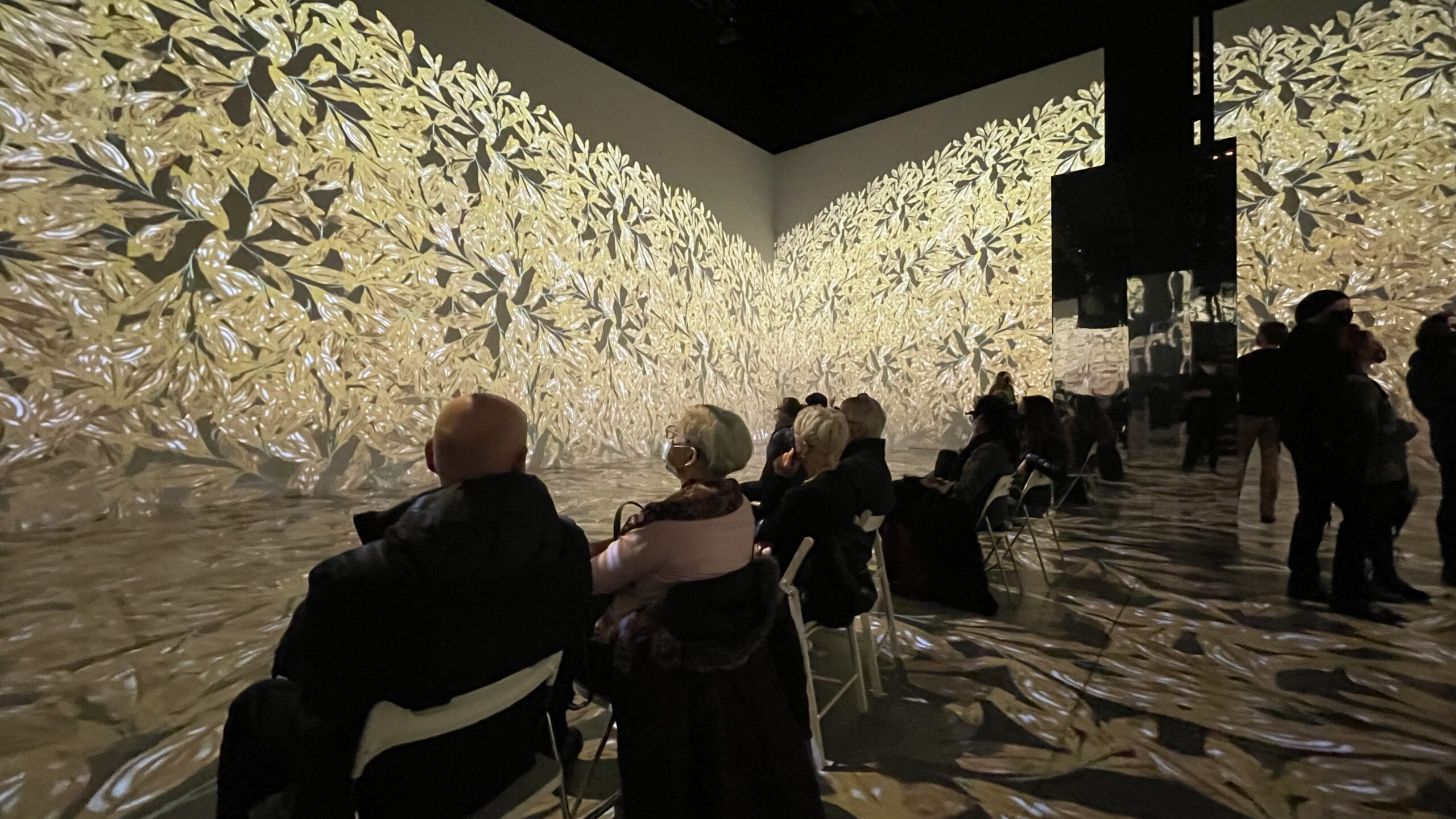 “When you step inside his painting, you get to have a more intimate relationship with Klimt,” Anthony said. “Which allows you to see his controversial paintings differently.”

The 40-minute show re-scaled the six-foot-tall frame paintings into a wall-size video that swallowed the room while being projected onto the gallery’s walls and floor.

“This exposition simply takes you into another world,” said Ethan Sperling, who attended Klimt’s exhibition.

Allowed to walk around, run, sit down on the floor, or stand up still, viewers are free to choose the angle when looking at the paintings.

Johana Dinatale, a Klimt’s exhibit auxiliary, adds more uniqueness to the experience. “It makes it boundless; you do not confide as in a normal gallery to just look and walk,” she said. “Here it all comes down to living the art.”

Created by Massimiliano Siccardi, an award-winning digital artist and European pioneer of immersive exhibits, Klimt’s exhibition will run until Jan. 3.

Klimt’s display is part of an increasingly popular art trend in Toronto, immersive art, which has brought four exhibits to the city since last year.

“Immersive art is all about not seeing the paintings, you still have the chance to experience the art,” said Haru Hyunkyung Ji, an associate professor at OCAD University.

By showcasing an artist’s artwork throughout film-making, Hyunkyung said these displays merge its facets, techniques and pieces into a new story.

“That’s the magic behind immersive art exhibitions,” she said.

For the media artist and immersive world researcher, these exhibitions touch a greater audience by summing up the artist’s history. 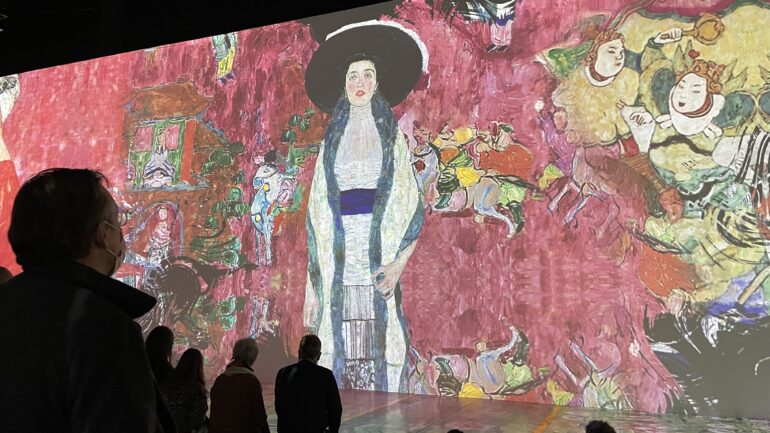 Gustav Klimt’s artwork was showcased in an immersive art exhibition in downtown Toronto that will run until Jan. 3. The exhibition is part of an art trend where the pieces are re-scaled and projected with ambient background music PHOTO CREDIT/SANTIAGO ARIAS OROZCO

“The canvas is painted with his acclaimed gold era and countless women portrayed,” Dinatale said. “That then that contrasted with his early catholic and mythological pieces.”

Building a bridge between the artist and the viewers goes beyond the eyesight. Composed to match the video sequences and mark the transition between paintings, background sounds and music are a deal-breaker between still expositions and immersive exhibits for Hyunkyung.

“All experienced differently, but I have seen people crying and laughing,” she said. “It’s clear how they were experiencing Klimt’s art.”

Dinatale said contrary to what she expected, the lineup outside the exhibit is not getting any shorter as time goes by and the display becomes less novel. 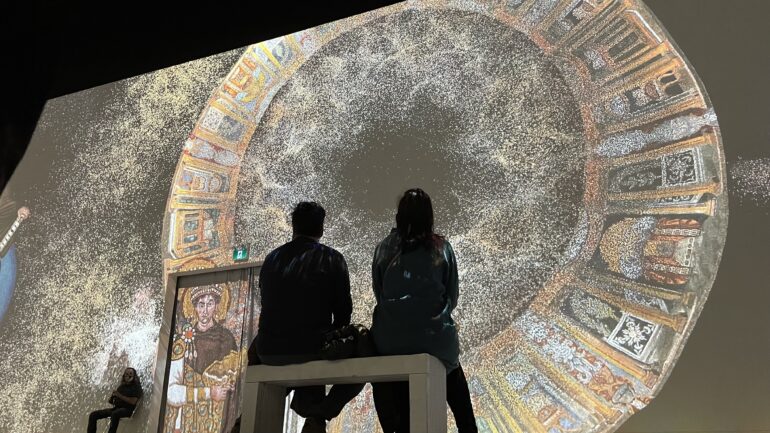 Gustav Klimt’s artwork was showcased in an immersive art exhibition in downtown Toronto that will run until Jan. 3. The exhibition is part of an art trend where the pieces are re-scaled and projected with ambient background music PHOTO CREDITt/SANTIAGO ARIAS OROZCO

“People are still picking up this room, which makes me think that art’s future is in the immersive exhibitions,” Dinatale said.

For her, the public’s interest in immersive art exhibits relies on innovative character, setting off from the museum’s art-viewer dynamic that has stayed still through the years.

“People generally go because they haven’t been to one before and they want to experience something new,” Hyunkyung said. “Art galleries aren’t going anywhere, but immersive exhibits have come to stay longer.”