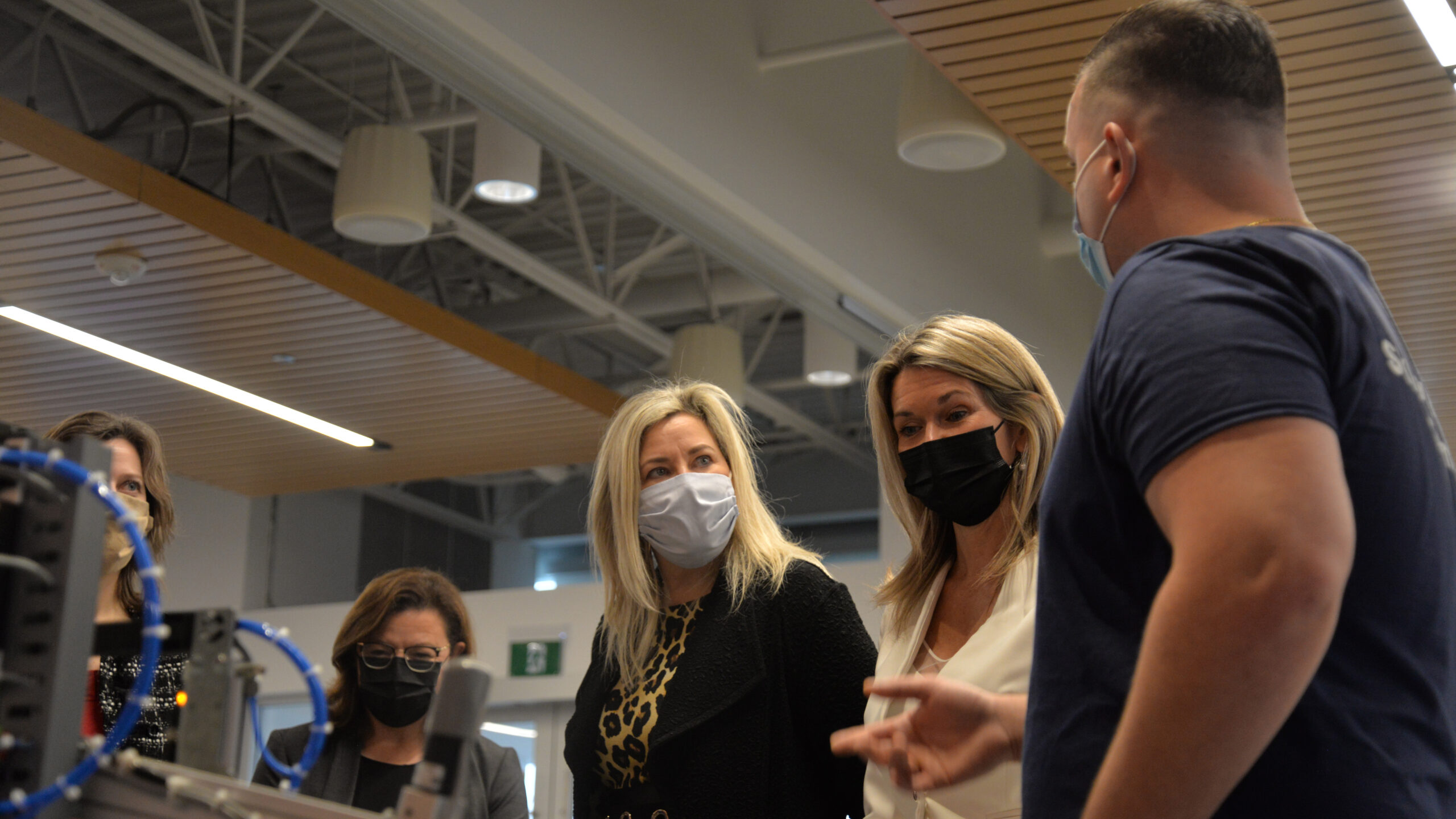 “Our government continues to prioritize quick, flexible training opportunities that will prepare Ontarians for the in-demand jobs of today and tomorrow,” Minister Jill Dunlop said flanked by Humber students.

The government is backing the development of 250 programs that award micro-credentials, with enrolment available as of 2022. The new programs are the result of the government’s recent $15 million investment in rapid training.

“These micro-credentials will be developed in collaboration with industry to respond to regional labour market needs and will strengthen partnerships between postsecondary institutions, training providers and employers,” Dunlop said.

Two of the new credits will be mental health micro-credentials offered at Humber, the minister said.

Staff and students of Humber’s robotics program that were present to showcase some of their work told Humber Et Cetera the micro-credentials were a positive addition to the education sector. 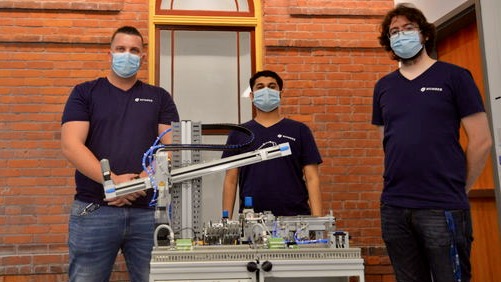 “Micro-credentials [are] essentially just a very compressed skill that we’re trying to give to people and that’s awesome,” a third-year electromechanical engineering student Daneep Lahl said. “It’s teaching a skill that’d be applicable to the workforce.”

Humber’s president echoed that sentiment in a press release.

“The Micro-credentials Challenge Fund demonstrates the government of Ontario’s commitment to helping individuals pursue their career goals and demonstrate their knowledge and skills to employers,” he said.

The College Student Alliance’s general manager Jason Baryluk said the Ontario government should prioritize assisting students through their diploma programs ahead of micro-credentials.

Instead of focusing on transitory credits, Baryluk argued the province needs to increase the amount of grants they give out to students through the Ontario Student Assistance Program.

For Christine Hogarth, MPP for Etobicoke-Lakeshore, the riding Humber’s Lakeshore campus is located in, the micro-credentials offer an opportunity to strengthen the local economy.

“We certainly hope that they choose Etobicoke-Lakeshore as their home, that they can get trained here or they can upgrade their skills,” Hogarth said.

“They can utilize this beautiful Humber campus to create jobs right here in the riding,” she said.

The announcement comes ahead of an upcoming election next June when the Progressive Conservatives will try to hold onto power in Queen’s Park.

In a poll reported by 338Canada on Nov. 24, voters seemed ready to hand Premier Doug Ford a minority government with 34.7 per cent of the vote, and 30.5 per cent to the Liberals and 26 per cent to the NDP. The margin of error varied between 3.2 and 3.8 per cent.

The government’s treatment of post-secondary students had triggered protests and caused backlash as they cut funding for student loans and slashed spending for the education sector.

The Student Choice Initiative was one of the programs introduced by the Ford government that critics said threatened facets of student life on campus by forcing some optional tuition fees.

The SCI was struck down by Ontario’s divisional court and called “unlawful.” Attempts to appeal the decision were unsuccessful.

Minister Dunlop told Humber Et Cetera the government is not pursuing any alternative routes to bring back the SCI “at this time”.