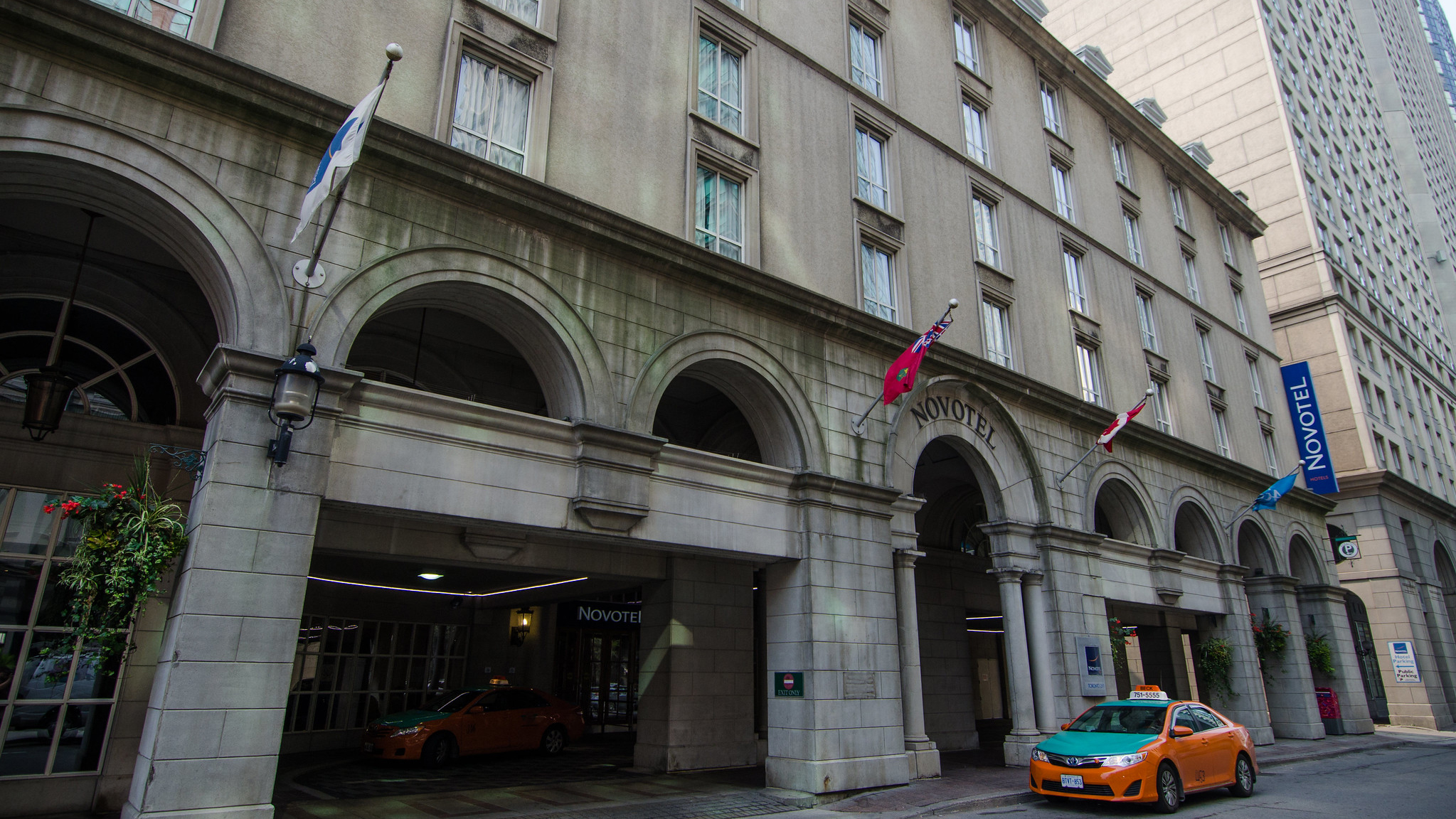 Toronto initiated a transformation of hotels into shelters as a COVID-19 response.

“There are about 2,600 people living in shelter hotels right now in Toronto,” said Melanie Smith, the community engagement supervisor for Dixon Hall, a housing service looking to end poverty.

Smith said Dixon Hall signed a leasing agreement with Bond Place Hotel in the Yonge and Dundas Streets area, for shelter services. Dixon Hall also has other hotel shelters across the city.

Bond Place signed the lease document in August 2020 and it would be available until Dec. 21, 2021. Smith and her team expect the hotel to extend the term up to April 2022.

“We wouldn’t want the lease to end in the middle of winter, being unsafe to be on the streets in such cold weather,” Smith said.

One of the hardest things about running the leased hotel, Smith said, is keeping staff.

“We have a lot of contract staff that we would have to negotiate with to make sure they can extend their contracts with us,” she said.

Because of the need for physical distancing in homeless shelters as a response to the COVID-19 pandemic, Toronto leased hotels across the city to provide temporary emergency shelter support. 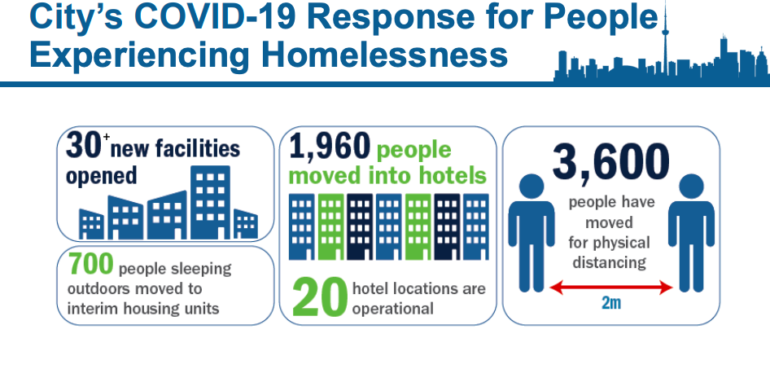 The City of Toronto continues to expand its response for people experiencing homelessness during the pandemic. PHOTO CREDIT/ THE CITY OF TORONTO

The hotels include Bond Place, The Roehampton Hotel at Mount Pleasant Road and Eglinton Avenue, and the Novotel Hotel on The Esplanade, to provide emergency shelter.

These locations were chosen in neighbourhoods across Toronto so that people can stay within their communities. Toronto said it picks locations that follow city by-laws, supports Toronto’s housing charter and is close to community services and transit for residents.

Anyone could register by doing an intake session over the phone with Dixon Hall. There are no age or gender limits.

“All locations are staffed 24 hours a day, seven days a week, and provide wrap-around support for clients,” the official release on the City of Toronto website said.

Patrick Normand works in the area of Bond Hotel.

“Its transition from hotel to shelter is important, especially now, with winter ahead,” he said. “No one deserves to sleep on the streets.”

Normand also understands the struggles those staying in a shelter may be facing.

“A lot of us have faced hard financial times,” Normand said. “I have, and I would think that’s why some people end up needing shelter. Especially being in an expensive city like Toronto.”

The use of city-funded shelter services is on the rise. Nearly half of shelter residents have been homeless for six months or more in past year, according to a release on the Bond Hotel transformation.

More than 235,000 people in Canada experience homelessness within a year, according to Statistics Canada.

Aby Kwatra lives near Bond Place Hotel on Dundas Street East, and says the city’s initiative has not changed the look of his neighbourhood.

“Of course there is homelessness in the area,” Kwatra said. “There always was, but I don’t see the hotel bringing more homelessness than there already was.”

Kwatra said the city’s leasing of hotel facilities is a great thing, especially now as the holidays near.

“If the city didn’t do this, they would be on the street suffering. Now they can at least bring in Christmas with a roof over their head,” Kwatra said.