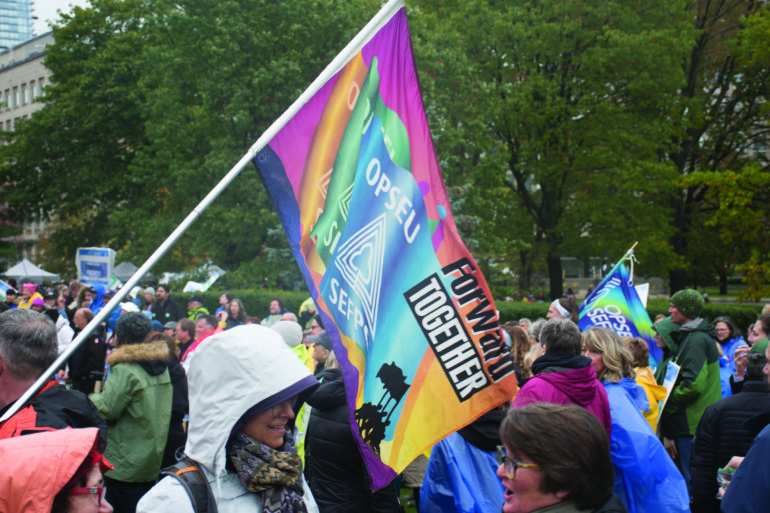 The result was slightly lower than the 2017 strike vote that was taken before faculty went on strike for a record-breaking five weeks.

No single collective agreement will get us everything we need, let alone resolve the deep inequalities built into the system. But this vote IS one moment to state our shared priorities: our working conditions, our students' learning conditions, our belief in public education. https://t.co/3fCckdrSLW

With a strike mandate in hand, the CAAT-A bargaining team will be ready for the possibility of labour action.

“Our members are sending a clear message that they want to see a negotiated settlement,” OPSEU President Warren Thomas said after the results were announced.

The College Employer Council (CEC) however stated in a Saturday tweet that the union’s demands would not be accepted even if 100 per cent of its members supported the strike mandate.

About 15,000 college faculty have been without a contract since Sept. 30.

The strike mandate does not necessarily mean there will be a strike. Other actions, such as work-to-rule or a staggered strike, could occur.