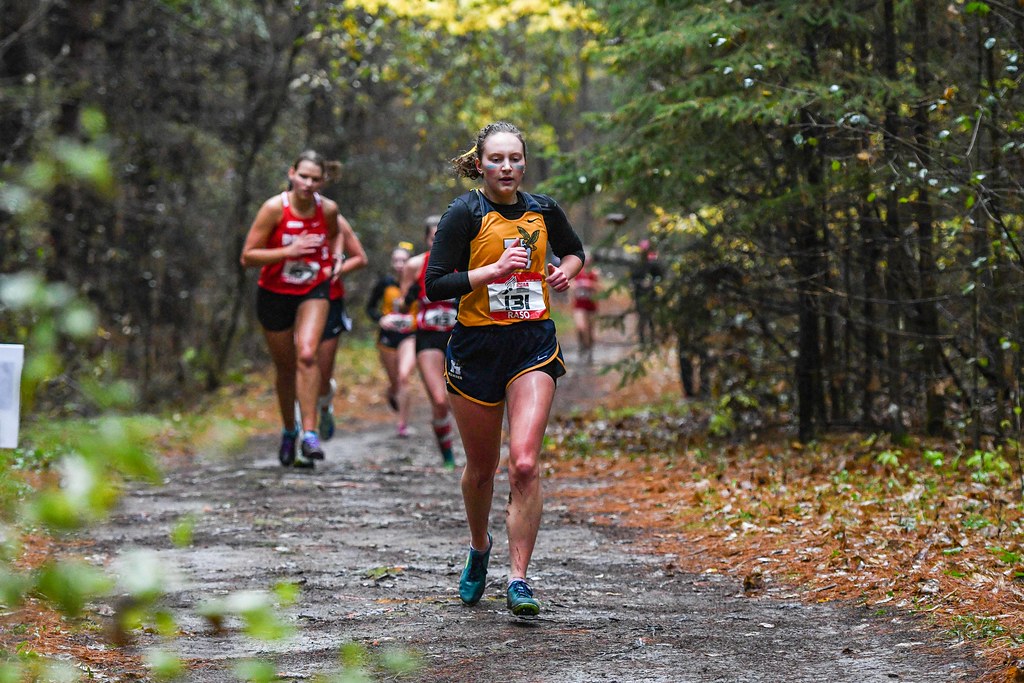 Humber’s Megan Raso has no trouble recounting her favourite moment of the Ontario College Athletics Association cross-country season. Teammate Sofia Vozza had a different highlight but chose it mostly for the same reason.

“My favourite moment of the season would have to be after the race at nationals,” Raso, a second-year film and TV production student, said.

After almost a two-year hiatus from competition because of the global health crisis, the team had to readapt and find its footing when runners got back out on the track.

For Vozza, the most trying moment for the team was the provincial championships.

“A lot of us were coming back from injuries, the weather wasn’t ideal, and the course was muddy,” she said. “We weren’t certain of how it would go but we all kept a positive headspace despite our doubts.”

Almost by definition, cross-country running is a sport that demands stamina, resilience, determination and the ability to overcome challenges and discomfort.

Vozza said the Hawks overcame their challenges to finish strong because of their “ambition” and the “support” of the team.

Raso recalled the first meeting of the season at Fanshawe College in London, Ont., and how the team recovered after a slow start.

“It took us a bit of time to find our footing and build up the mileage again, but we took what we learned from that race and came out stronger at the next invitational,” she said,

Although the team placed well at Fanshawe, the runners came out stronger at the following meeting, the Centennial Invitational. The last runner placed 47th, with a few athletes placing among the top teens, and even mixed in among the top 10 from both the women’s and men’s teams.

Raso finished 16th at Centennial with a time of 27:36. Vozza placed sixth by crossing the finish line 59 seconds earlier.

The team continued to progress through the season, breaking records along the way, despite being banged up.

The season ended on Nov. 13 with the team heading to Calgary for the CCAA championships.

Raso, Vozza, Umberto Lopardo, Brendan Wooley and Julian Zamparo were among the finalists to qualify for the CCAA championships.

Scott Skimming, the team’s head coach, said he wanted the qualifying runners in Calgary to post their best results there.

“You want to get your best results at your biggest meet,” Skimming said.